BBNaija 2021: ‘The Reason Why I Nominated Whitemoney’ - Maria Tells Big Brother
Posted by

Maria, a housemate in the ongoing Big Brother Naija season 6, has finally solved a puzzle facing fans as she revealed the main reason she nominated Whitemoney for eviction. 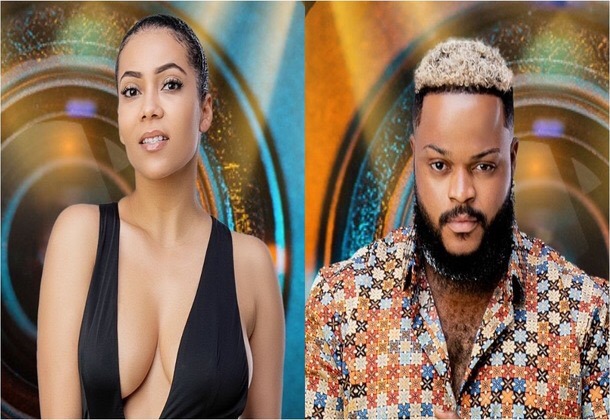 This week in the Big Brother house has started off as an interesting one after Maria nominated her close friend in the house, Whitemoney, for eviction.

Fans took to social media yesterday night to hit hard at Maria after she picked Whitemoney amongst the housemates she wanted for eviction.

Fans felt it was wrong for Maria to do that because Whitemoney, on purpose, decided not to mention her name to biggie as the wild card alongside Pere. And by doing that Whitemoney saved them from leaving the house that night.

Maria has, however, in her diary session with Big Brother this afternoon revealed why she picked Whitemoney for eviction.

According to her, she said;

“To be honest, I have so much love for Whitemoney, a friend type of love I was confused at that moment, and names couldn't come to my head I was not ready and thought I was going to give just two names and that every other housemates will nominate too .

“When I went back to the house and saw everyone I was like why did I even pick Whitemoney it hurt me so much I'm not going to lie but I've done it already. I have no exact reasons why I picked Whitemoney.”

Reactions have, however, followed this, and you can check some out below: 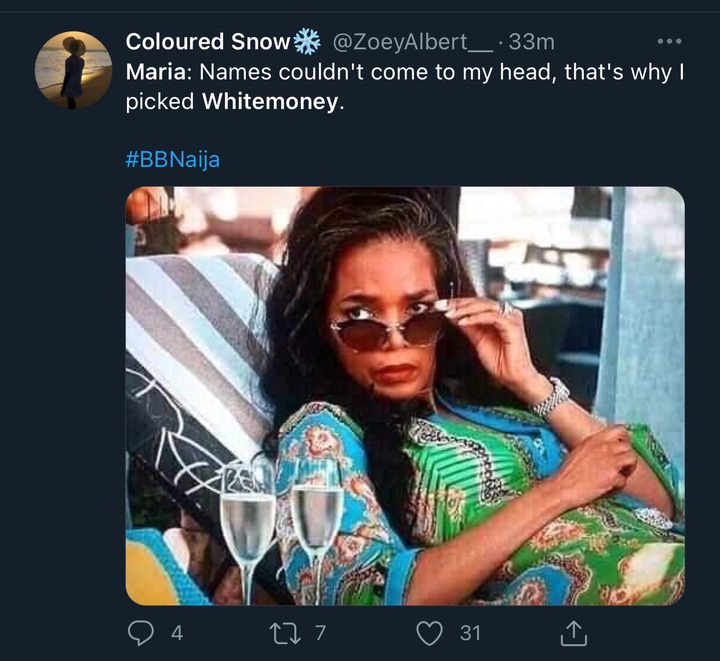 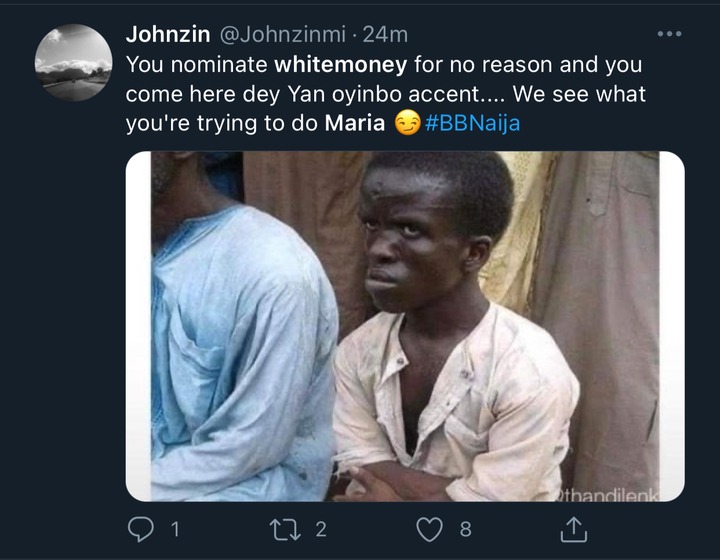