2 years after the end of BBNaija ‘Pepper Dem,’ is Tacha still shading Mercy Eke with this recent comment?
Posted by 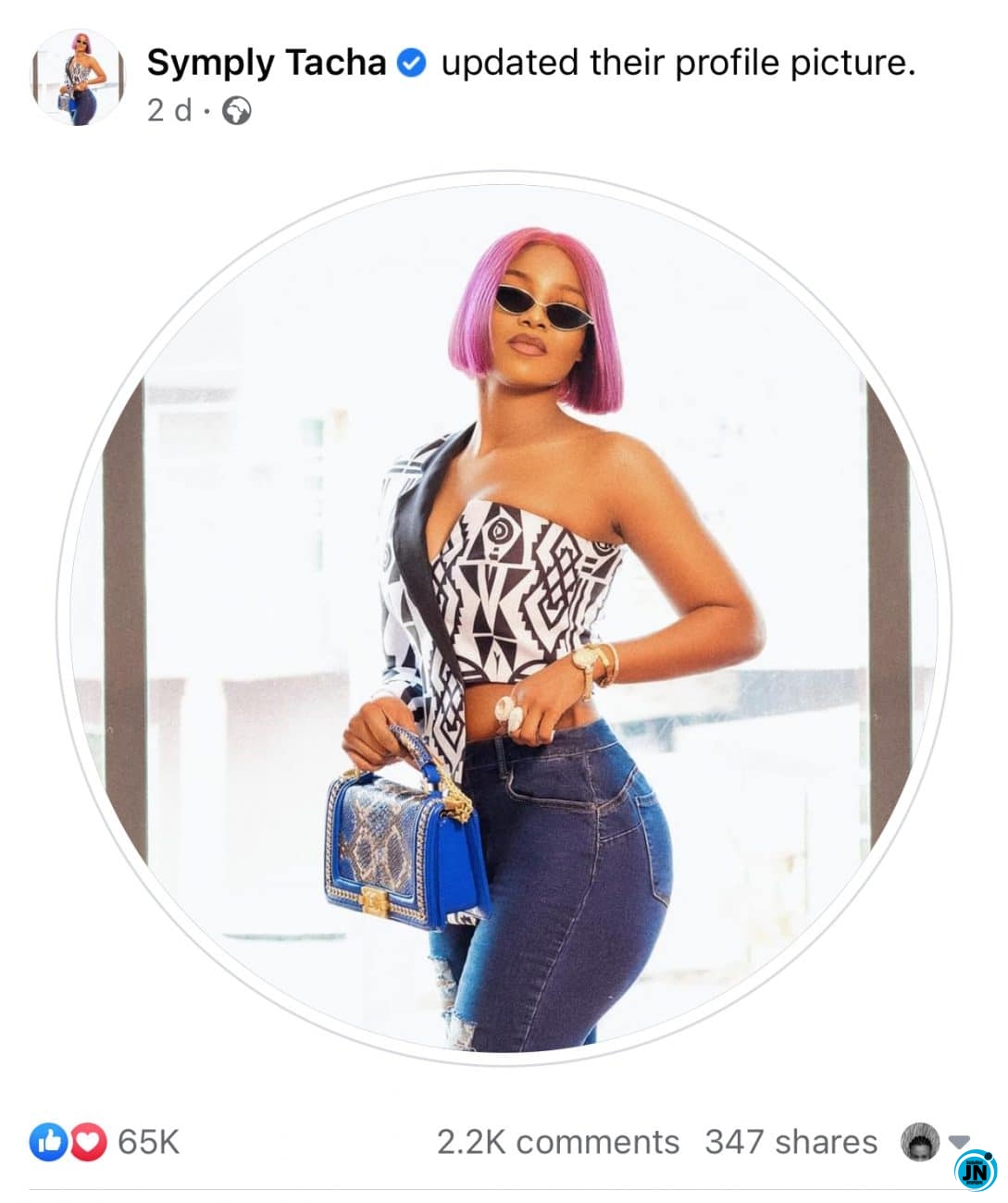 It’s 2 years since the end of the Big Brother Naija season which the duo were housemates and it seems the beef between Tacha and Mercy Eke is yet to die down.

Tacha took to her verified Facebook page to share new photos of herself putting on a black and white designed crop top and tight blue jeans which showed off her endowed curves.

The word ‘silicon’ is a word used by fans of Tacha for a long time now even during the show to hit back at Mercy Eke because she went under cosmetic surgery to get her butt done.

Tacha didn’t however snub the comment and act like she didn’t see it but rather replied with laughing emojis and added ‘thanks, love.’ 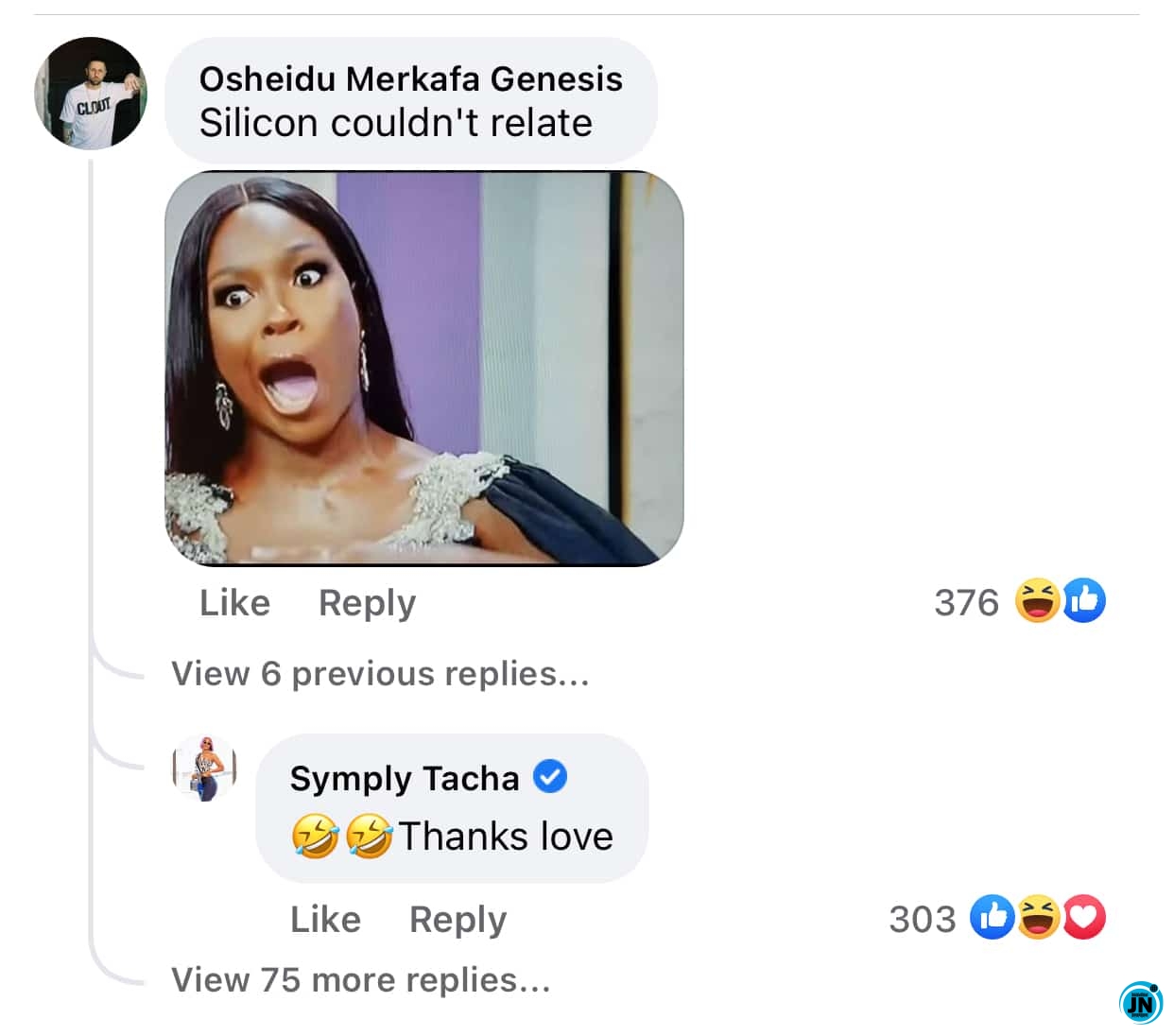 Well, it kind of shows that Tacha was was in support or kind of shading Mercy with that comment and that shows there is still a mild beef between them despite the end of the show for 2 years now.

Recall, the Big Brother Naija season 4, ‘Pepe Dem,’ had Mercy Eke and Tacha as the poster housemates because they were the most talked about.

Well, Tacha got disqualified in the semi-finals of the season after a fight with Mercy Eke who later ended up winning the season becoming the first female winner of the reality show.

Little Amarachi who won Airtel dance contest years ago wows netizens with transformation photos [Video]
Tonto Dikeh reunites with her missing Black American sister after 36 years
For Burna Boy to get two Grammy nominations in two years, it means he is the greatest – ILLBliss
“I Won’t Stop Talking Till You Kill Me” - Ex-YBNL Artist Reveals How Olamide Kept Her In A House For Years