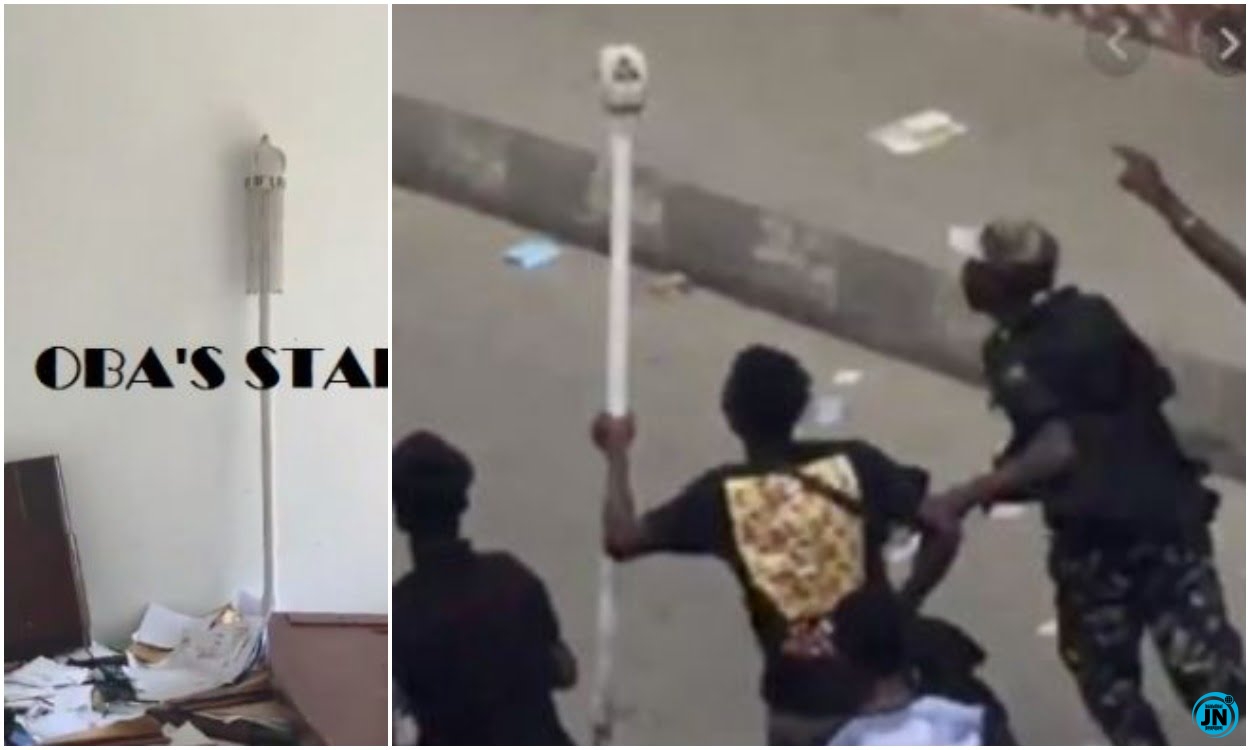 A video of the stolen Oba of Lagos staff found mysteriously kept in what seems like a vandalized office in an unconfirmed location in Lagos has surfaced on the internet.

justnaijaNews recalls that the palace of the Oba of Lagos, Rilwan Akiolu, was ransacked and many of his properties including his staff looted.

Few days, after the viral video of some local priests raining curses on the assailants. The staff was mysteriously found in a vandalized office space in Lagos.

In the footage shared on social media, a man's voice could be heard saying as he captures the staff carefully kept and returned.