Big Brother Naija Lockdown housemate, Ozo has told his love interest, Nengi that he wants her even more than the N85 million total grand prize to be won this year, by the end of the reality show. 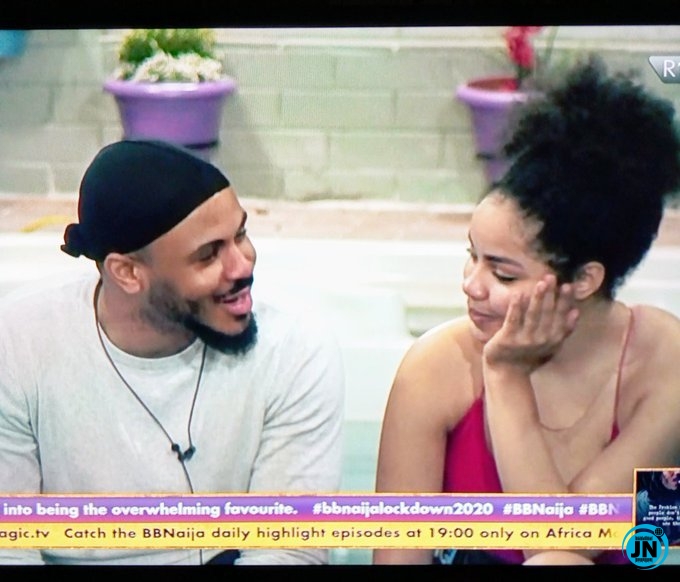 It’s no news that the 28-year-old consultant has been caught in a love web with the former beauty queen who has referred to him as a “brother” so many times, when he has been wanting to be something more than just that with her.

Ozo however lamented that it seems the 23-year-old Bayelsa born housemate does not realize how much he feels about her.

According to Ozo, he said he would do anything to win Nengi’s heart.

Ozo has constantly pursued Nengi since the beginning of the show but as it turns out, it’s now becoming more frustrating for him and so he decided to cry out to Nengi.

It should be recalled that Nengi had consistently stated that she wasn’t in the house for any sort of romantic relationship, adding that she already has a relationship outside the house.

Speaking during a private conversation with Nengi, Ozo said;

“I want you more than anything. I don’t know if I’m to fly, jump or swim. No, I’m serious.
I know I need this money but I’ve never felt this way in my life…”

#BBNaija: “Drop Your Bank Details” – Ka3na Reward's Her Followers, As She Begs Them To Vote For Lucy
#BBNaija: 'I'm confused' – Prince Speaks On Tolanibaj's Feelings For Neo
#BBNaija: Kiddwaya Caught Pants Down, Wearing His Boxer's After Night Out With Erica (VIDEO)
#BBNaija: Here's The List Of Over 20 Nigerian Entertainers, Rooting For BBNaija's Laycon (See The List)