“Why you no talk since?” – Man asks lady as she confronts him after he groped her bosom during a trip (Video)
Posted by 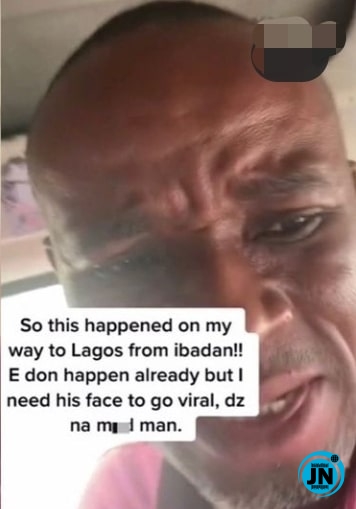 A female passenger has called out a fellow commuter who reportedly groped her during a trip.

They had been on a trip on a bus when the lewd man sxxually harassed her.

In the video she posted, the man could be seen folding her nippplle without her consent while she surreptitiously recorded him.

When she had gotten enough evidence with which to indict the abuser, she called for the bus driver to stop while she confronted her abuser.

The man could be heard asking the lady why she hadn’t spoken up since while he was on the act.

As I looked back, I saw my father – Man who took girl on a date narrates experience after spotting father at the same bar
“Your mama ashawo” – Ifu Ennada slams troll after dropping speech on avoiding temptation despite having banging body
‘Mommy Why Na’ - Iyabo Ojo’s Daughter Replies Her Mom After She Called Her This
“She no just want peace” – Reactions as Angel throws Cross under the bus after he mentioned her father (Video)