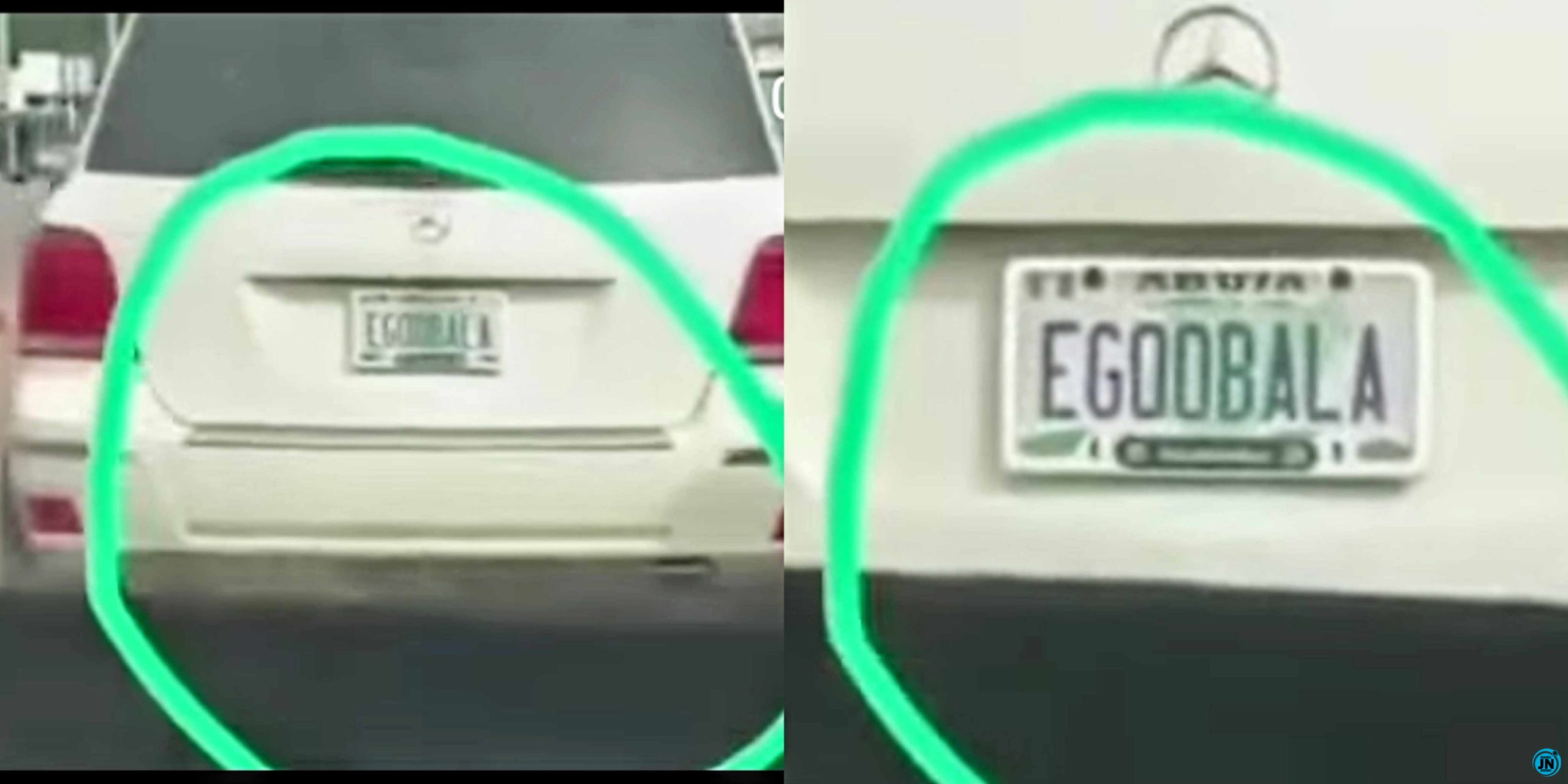 Mixed reactions have continued to trail a viral video of a car with a plate number that reads ”Ego Obala” which translates to ”blood money”.

Nigerians, however, queried the Federal Road Safety Corps (FRSC) for approving the plate number which they assumed must have been requested for by the vehicle’s owner.

”Can you find an explanation as to the reason a human being will buy a car and register same as EGOOBALA…. which translates .. BLOODMONEY???. Strange!’

“Maybe both the FRSC and the vehicle’s owner is ignorant of this. I would call it a coincidence.”

Meanwhile, reports say the plate number has been recalled by the FRSC.