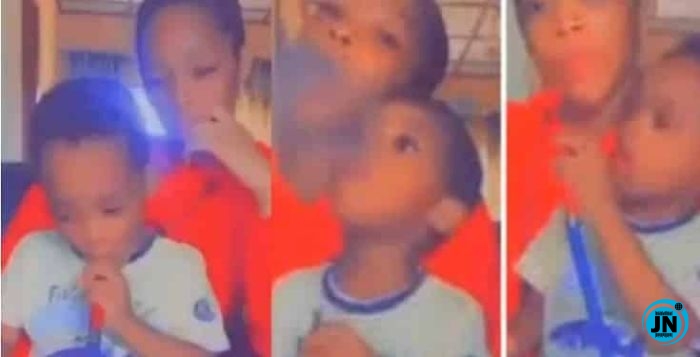 A young mother spotted in a viral video encouraging her son to smoke shisha, has been found after a search was initiated online.


Actress Mary Lazarus who shared an update on the search, said the lady has been found.

The young mother claimed she “jokingly” made the video on March 24, but has realized that she made a terrible mistake.

The lady who is expected to undergo counselling and therapy revealed that she lives in Festac, while her son stays with her relatives. Her son has now been taken to a hospital.

“The Lady Giving her son shisha to smoke… @amazonmercy Just Found her…..Thank you so much for this great news. @amazonmercy. I have been speaking to her . I have also spoken to her Father and her Mother . But for the #stayhome directive , I would have been there physically. But I’m doing my best on the phone

The child is on his way to the hospital . The Lady herself will get necessary help! If you are willing to join me and offer her counseling/ therapy please let me know !

There is plenty background story and by God’s grace she will get all the help she needs right now ! .

Thank you all for sharing the video . Thanks to those who gave me leads . God bless you all!”

See the video below:-See the chats she released below:- 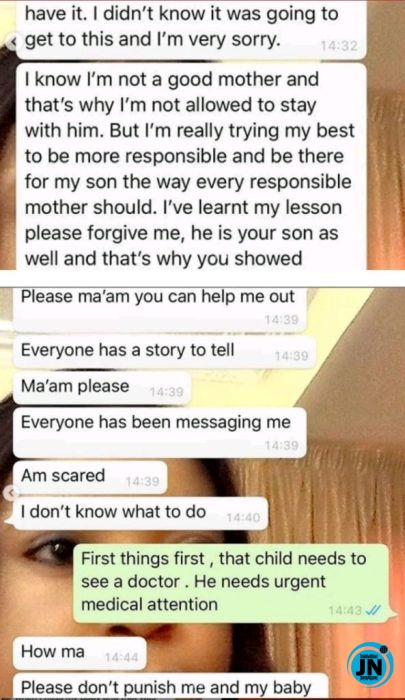 #BBNAIJA2020: ‘Big Brother Has Started & People Will Be Abusing Each Other For No Reason’ – Yvonne Jegede
Groom finds out his Bride has four grown-up kids on their wedding day and this happens…
Dangote’s Refinery has the potential of saving Nigeria from economic downturn -IMF
BBNaija: Winner Of Season 5 Has Been Decided Already – Kiddwaya Tells Ozo