“If you use King James version to define your faith, you’ll worship demons” – Daddy Freeze claims
Posted by 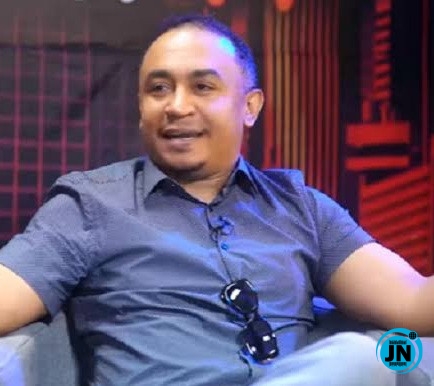 Nigerian controversial OAP, Daddy Freeze has sparked a new controversy on social media after he claimed the King James Version of the bible is useless.

Daddy Freeze who is known for his controversial statement about Christianity in his latest statement stressed that the King James version of the Bible is the “most useless Bible translation that ever existed.”

To back up his claim, the popular media personality shared a video from a foreign preacher pointing out how the King James version has been so translated that it doesn’t carry the original message anymore.

Freeze then said in the caption that “If you use King James version to define your faith, you’ll worship demons.” 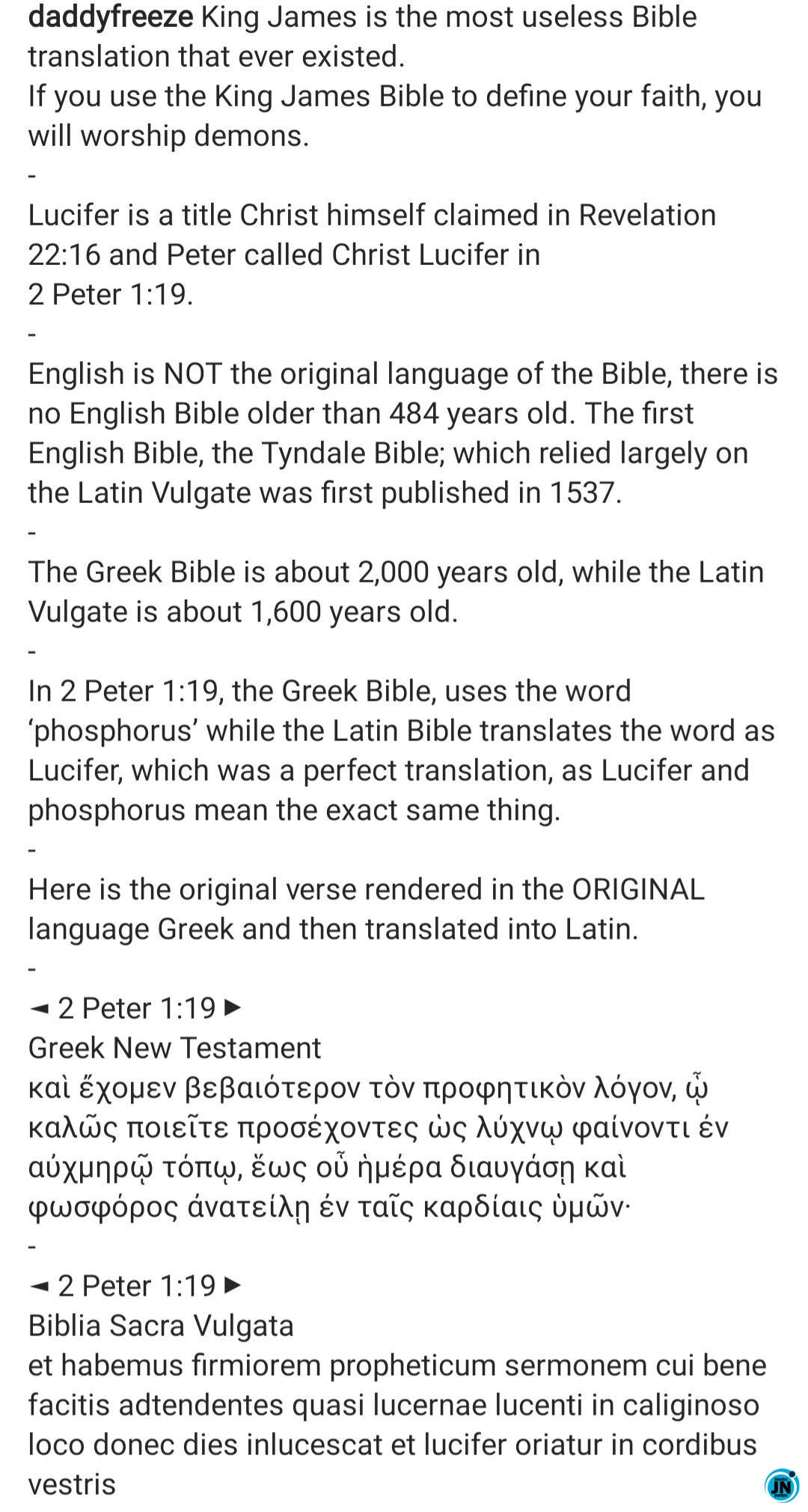