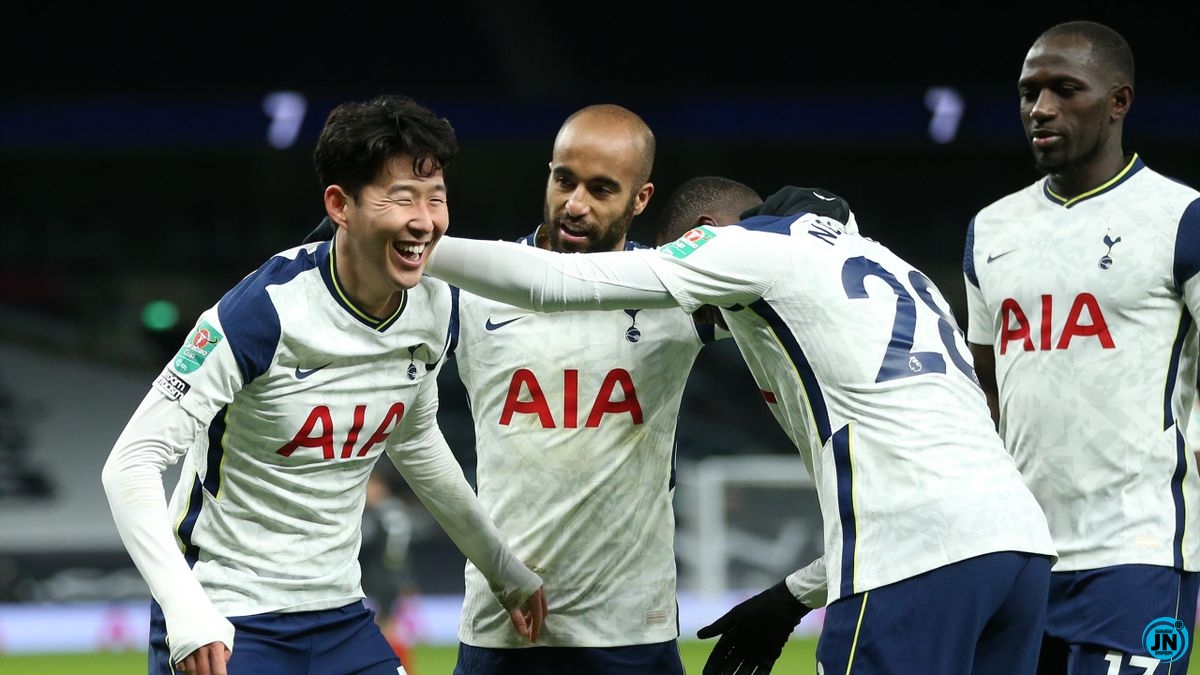 Tottenham Hotspur will face either Manchester United or Manchester City in the final of the Carabao Cup at Wembley, after beating Brentford 2-0 on Tuesday evening.

Spurs were heavy favourites against the in-form Championship side and showed their class for much of the match.

Moussa Sissoko and Heung-min Son netted in each half in what was a routine win.

Although the Championship side started brightly, it was Spurs who took the lead through an unmarked Sissoko headed home Sergio Reguilon’s inch-perfect cross.

Brentford started the second half brightly, with Toney forcing Serge Aurier to make a crucial block, before the Ivory Coast international very nearly scored himself up the other end but blazed over.

Good work down the left saw Harry Kane feed Tanguy Ndombele and the rejuvenated midfielder played a brilliant pass in behind the Brentford defence for Son, who took a couple of touches and then rifled the ball into the back of the net.