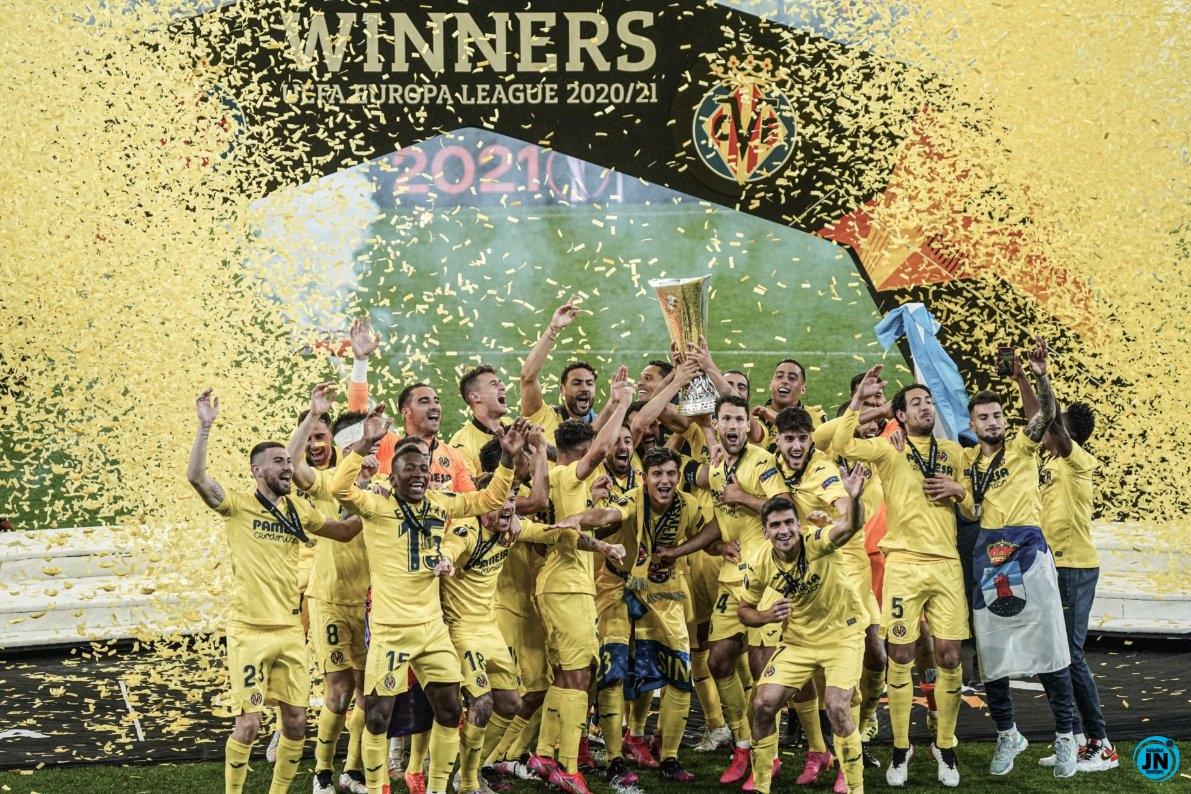 Barcelona women forward, Asisat Oshoala, has taken to social media to congratulate Samuel Chukwueze, after he won the Europa League title with Villarreal.

The LaLiga side won the trophy for the first time in their history after defeating Manchester United on penalties.

The game ended 1-1 after 120 minutes, with Edinson Cavani strike canceling out Gerard Moreno’s opening goal in the encounter.

Chukwueze made 11 appearances in the European competition, scoring one goal and providing four assists in the run to the title win.

The Super Eagles forward were, however, unable to feature in the final as he was still recuperating from the injury he suffered in the semi-final of the tournament against Arsenal.

Oshoala who recently helped Barcelona to win the Women’s Champions League has hailed the 22-year-old for clinching the trophy.

“Big up and congrats to my brother Chukwueze, Nigerians winning everywhere …..we lit. Chukwueze welcome to the club,” Oshoala tweeted.