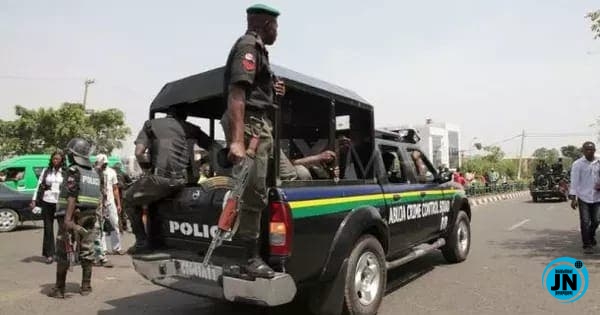 Police in Ebonyi has rescued four victims of alleged kidnap in Oshiagu Amia-Ngbo, Ngbo Community in Ohaukwu Local Government Area of the state.

One of the victims is the village head.

DSP Loveth Odah, Command’s Public Relation Officer, told the News Agency of Nigeria (NAN) in Abakaliki on Friday that the victims were rescued in collaboration with members of the local vigilance team.

“Unknown persons kidnapped the victims on Thursday in the community, but they have been rescued by the men of the Nigerian Police.

“I use this opportunity to advise members of the public to imbibe the spirit of giving information on crimes to the police as soon as they happen.

“Imagine, a village head was kidnapped with three others since 2 p.m. on Thursday and nobody came to report it to the Police.

“Well, the good news is that they have been rescued; the victims are now with the Divisional Police Officer in that area and I believe they will tell the police what actually happened.

“The victims were rescued in the same community from their abductors, who fled on sighting the police.

“Surveillance is already on them and the perpetrators will be fished out,’’ Odau said.

She urged the general public to be security-conscious and to support the efforts of the police in the fight against criminality.

“Police cannot do it alone; we must join together to fight insecurity; it is a collective responsibility because we cannot do this without the support of the public.

“The public should be playing their part to achieve adequately secured society for the citizens,’’ she advised.