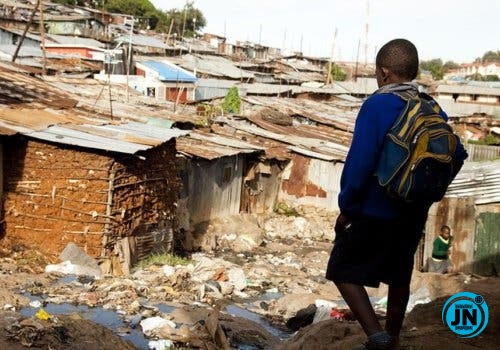 The number of people living in extreme poverty will increase by more than 32 million in 2020 due to the Coronavirus (COVID-19), the United Nations Conference on Trade and Development (UNCTAD) said in a report released on Thursday.

COVID-19 has had a catastrophic economic impact on the least developed countries (LDCs) where the poor has been most affected.

According to UNCTAD, between Oct. 2019 and Oct. 2020, the economic growth forecast for LDCs was revised sharply downwards from 5 to -0.4 percent.

“This revision is expected to lead to a 2.6 percent reduction in per capita income in LDCs in 2020, with 43 out of 47 LDCs experiencing a fall in their average income levels.

This is the worst economic outcome in 30 years for this group of countries, and represents a significant reversal of the economic and social progress achieved in recent years, including in terms of poverty and social outcomes,” the report read.

The pandemic is also expected to have a dramatic negative impact on global poverty and food insecurity.

The average poverty headcount ratio in LDCs with a poverty line of $1.90 per day is expected to increase by 3 percentage points — from 32.2 to 35.2 percent.

“This is equivalent to a rise of over 32 million people living in extreme poverty in the LDCs, and is expected to have the deepest impact on African and island LDCs,” the report said.

At the same time, the UNCTAD notes that LDCs were able to cope with the health aspects of the pandemic better than initially predicted due to such specific factors as previous experience with epidemics, measures adopted to counter the pandemic, favorable demographics, and low population density.