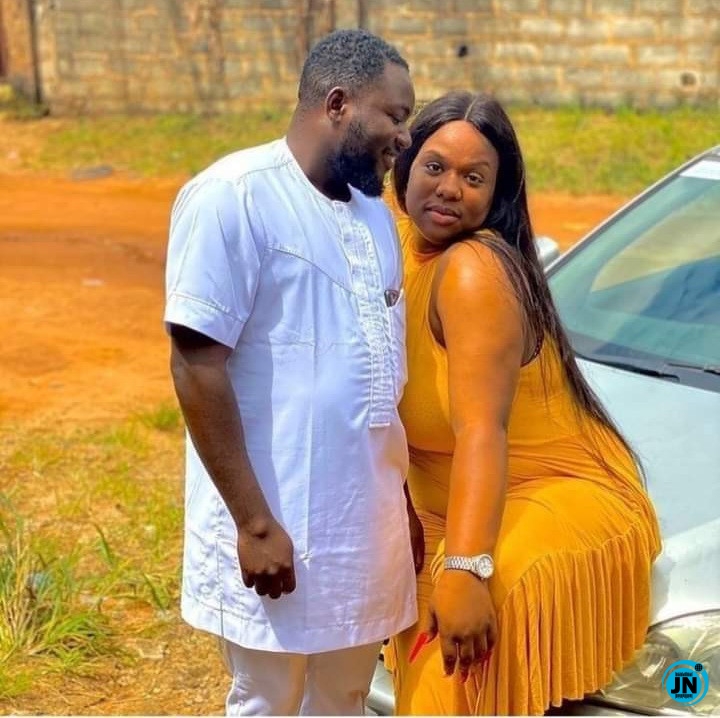 A 27-year-old businessman identified as Emmanuel Chukwuma Igwe, has been accused of hacking his baby mama, Porcia Achonu, with a cutlass, in Owerri, Imo State.

Porcia, who is a mother-of-two, was attacked on Saturday, January 2, at about 1am, shortly after returning from a trip to the village with her Chukwuma.

It’s reported that Chukwuma’s younger sister served him food but didn’t serve the mother of his children. Porcia then went after his younger sister and took a piece of chicken from her but the younger woman grabbed it back.

This then caused a fight between both women and the baby daddy came in and allegedly beat Porcia up. Chukwuma’s father is said to have heard the commotion and came out to investigate and douse the tension.

Reports claim Porcia has locked inside the house afterward so she wouldn’t go anywhere and even when her brother came, he was denied entry.

Moments later, Chukwuma reportedly went to his car and brought out a cutlass with which he hacked his children’s mother, allegedly in the presence of his father.

He is said to have entered his car and drove off after Porcia played dead to put an end to the attack on her.

Photos of Porcia show her with a deep cut on her shoulder after the attack. Blood is seen pouring from the wound and staining her blouse.

Chukwuma is reportedly on the run while his father has been arrested. 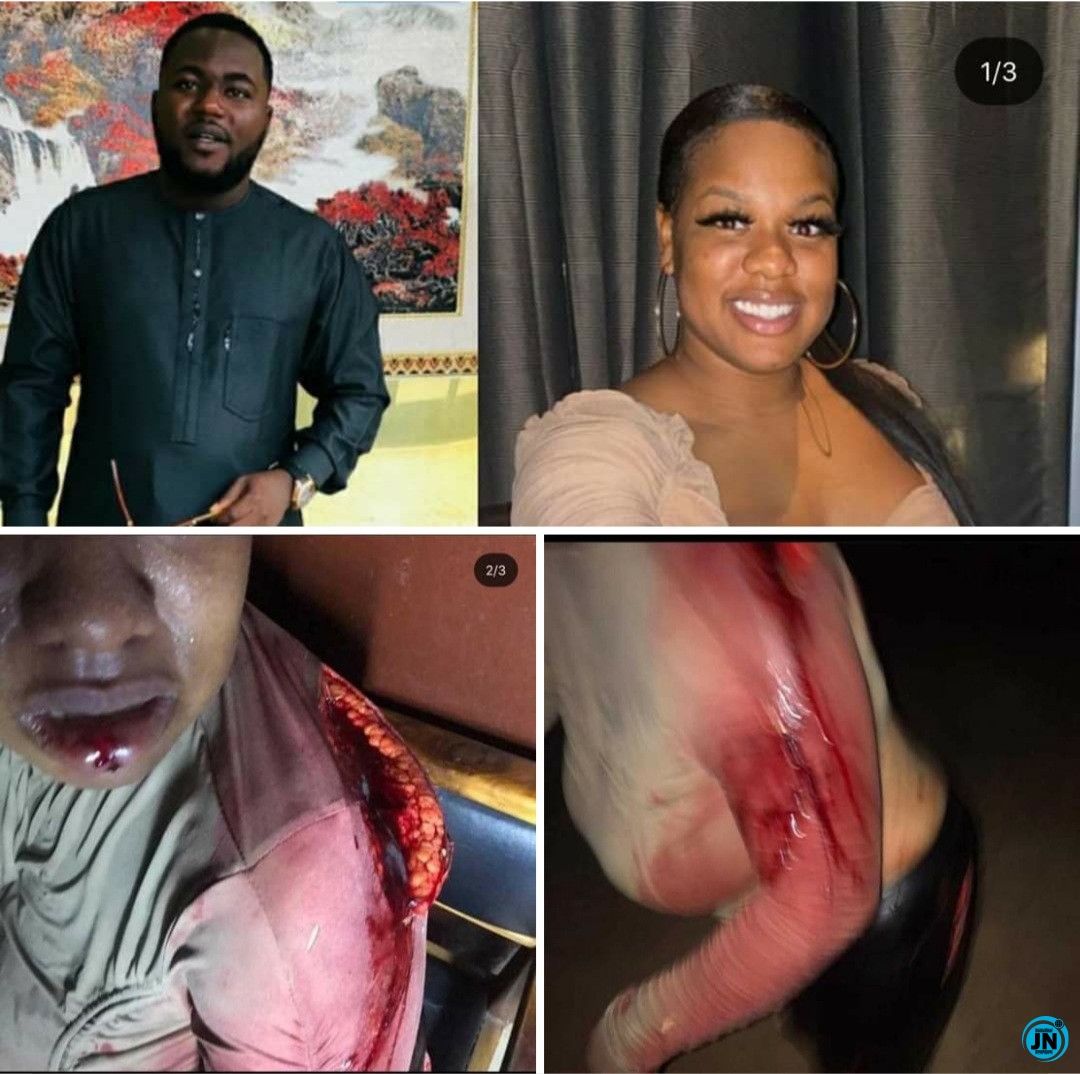 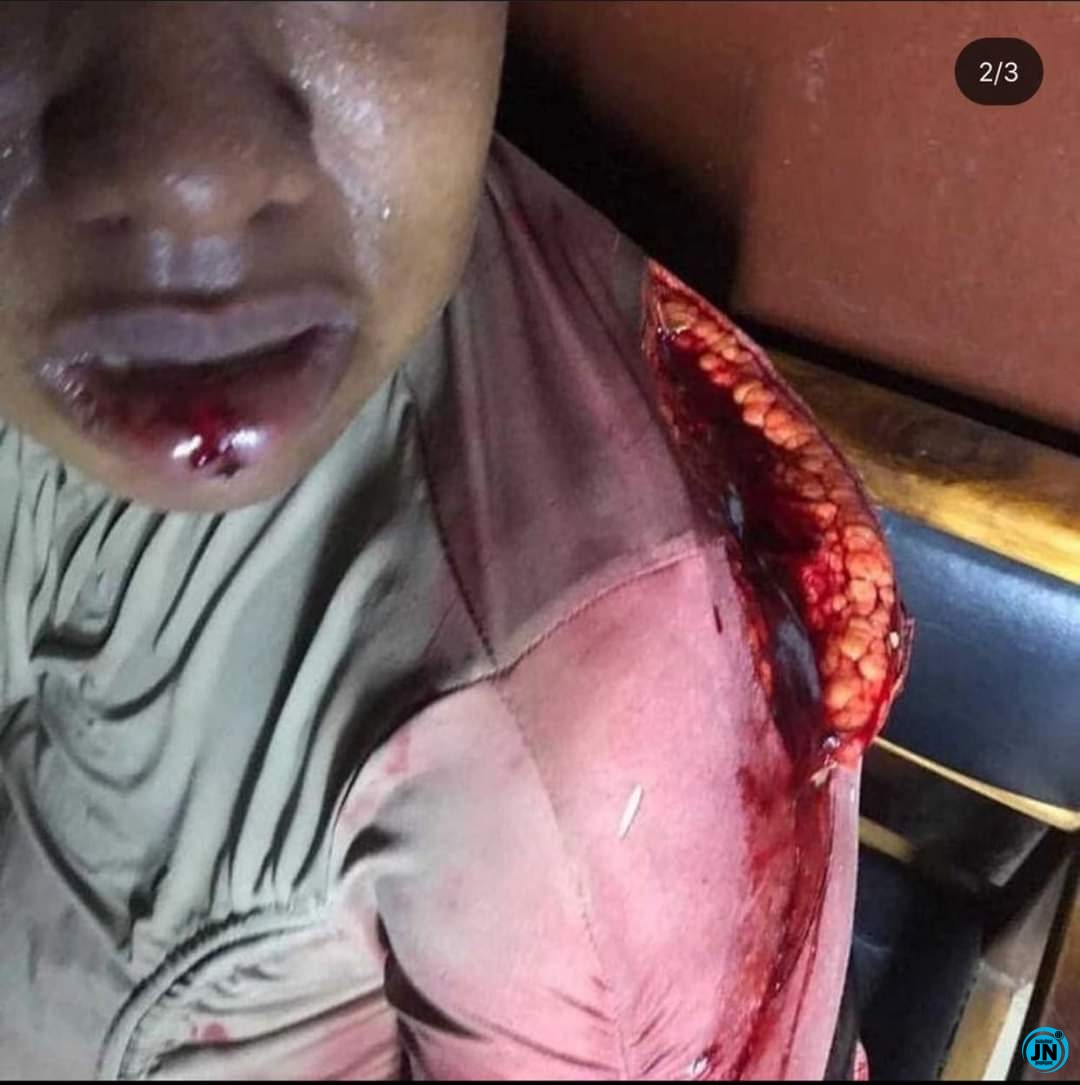 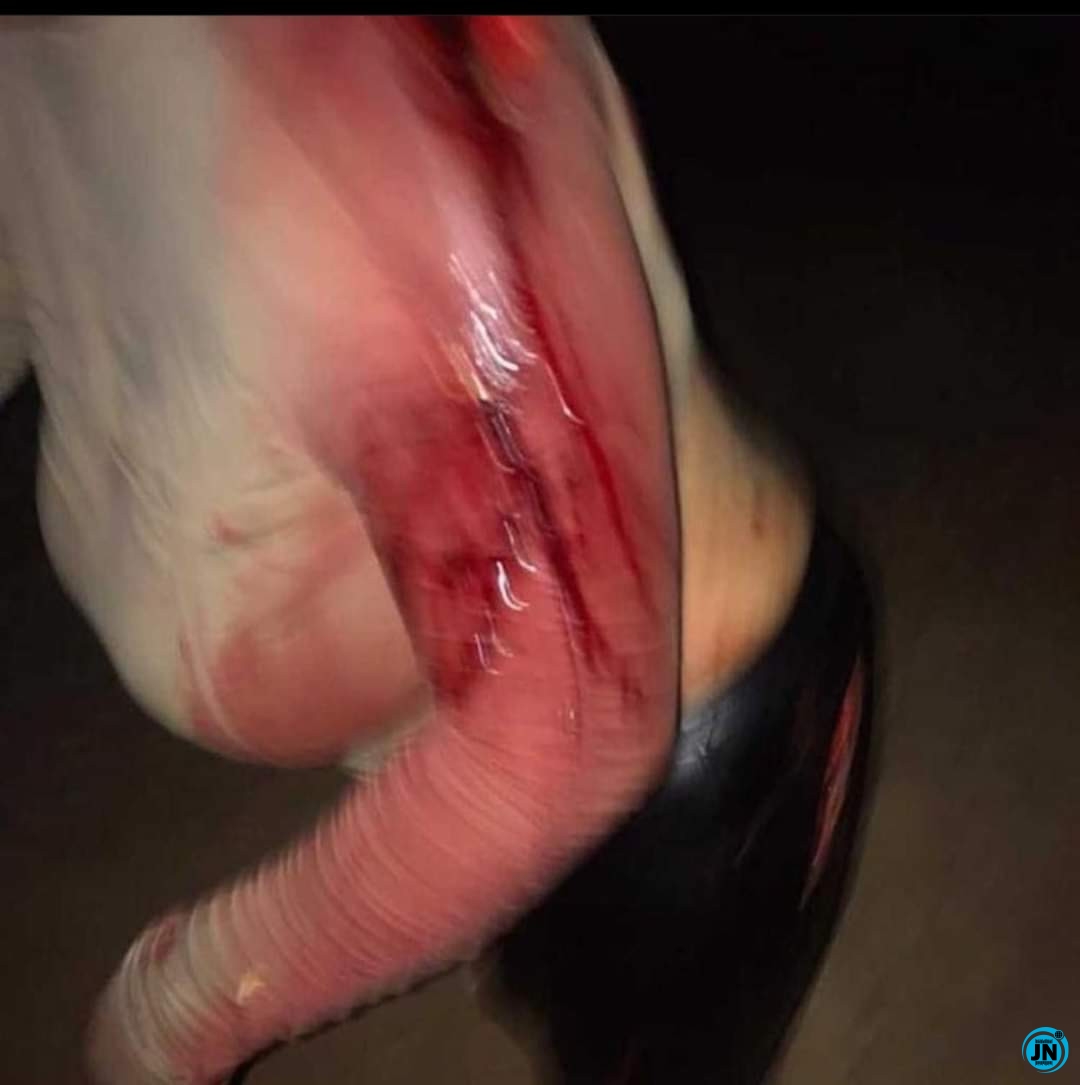