BBNaija: Maria Walks Out During Housemate Meeting, Throws Her Food Away
Posted by

The Big Brother Naija house this morning has kicked off to an exciting start as viewers who love the ‘violence’ part of the show have something to talk about. 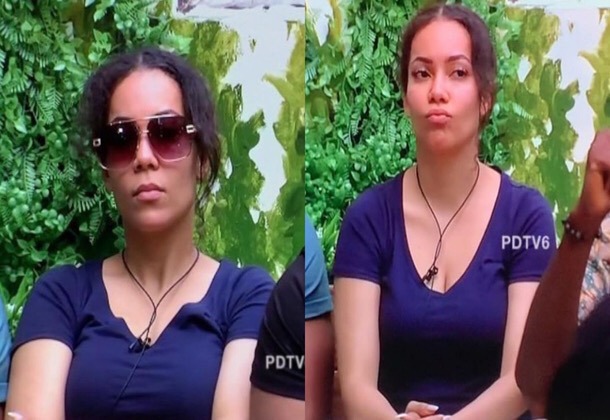 Before Maria got out of bed this morning, the remaining housemates have been talking about how they can stop the continuous pee on toilet seats and floors in the restroom.

Boma, the head of house had suggested he will call a meeting when everyone was awake, which he eventually did, and Maria who just woke up was part.

Maria, however, went straight to get her food which Whitemoney had prepared for her before she got up from bed.

Then she sat amidst other housemates at the dining eating her meal while Boma kicked off the meeting.

Along the line while the meeting went on, Maria stood up and yelled the words amongst the housemates, ‘You guys are so annoying!’ then she went ahead to dispose of her food, went back to the room and laid on her bed.

This immediately created a confusion in the house as the meeting stalled and some housemates including Boma went straight to meet her in the room to know why she acted that way.

While on the other hand, some housemates protested against her actions stating she was not meant to act that way; Angel was the main person doing this.

Maria however had a conversation with head of house, Boma immediately this happened and it went this way;

Boma: You threw the plate

Maria: I said I didn't mean to do that

Arin: Maria you actually have to understand that Boma wasn't there

Boma: I kept calling you, you just walked away

In conclusion, it's obvious the ‘toilet & pee’ talk probably irritated Maria who was eating her breakfast and made her act that way.

Some reactions have however followed that moment in the house, you can check them out below: 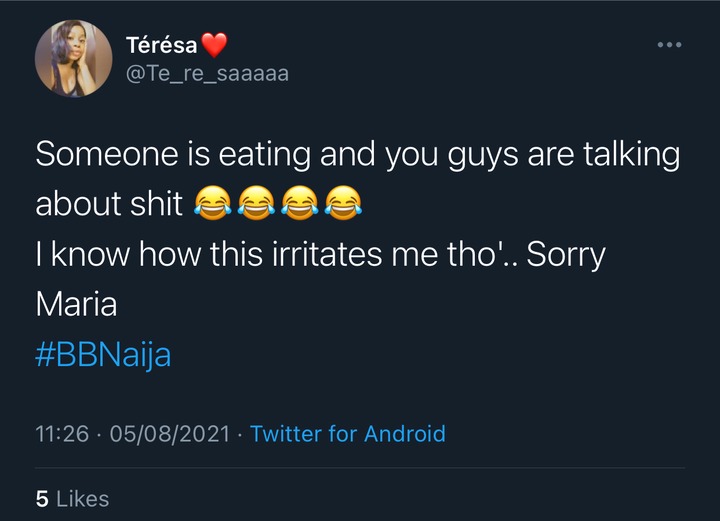 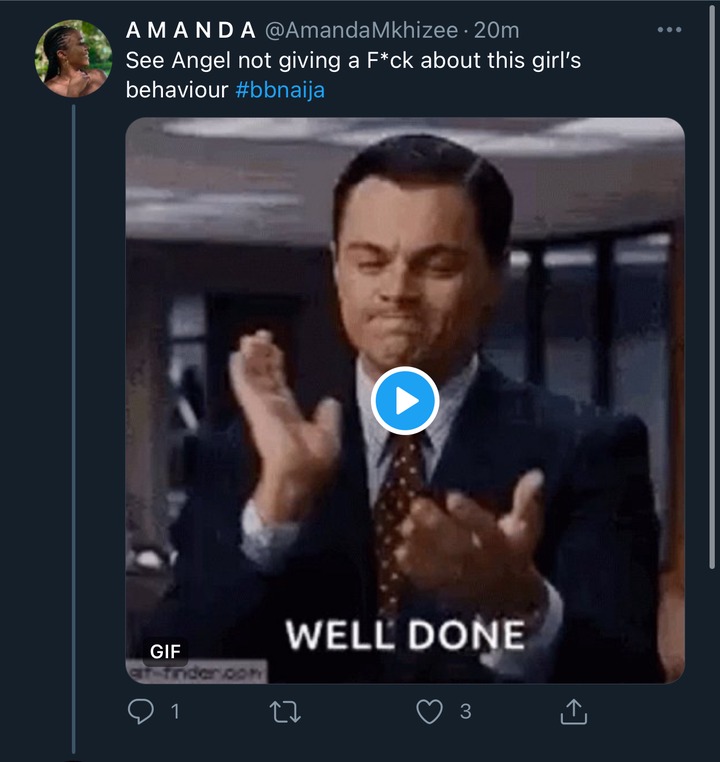 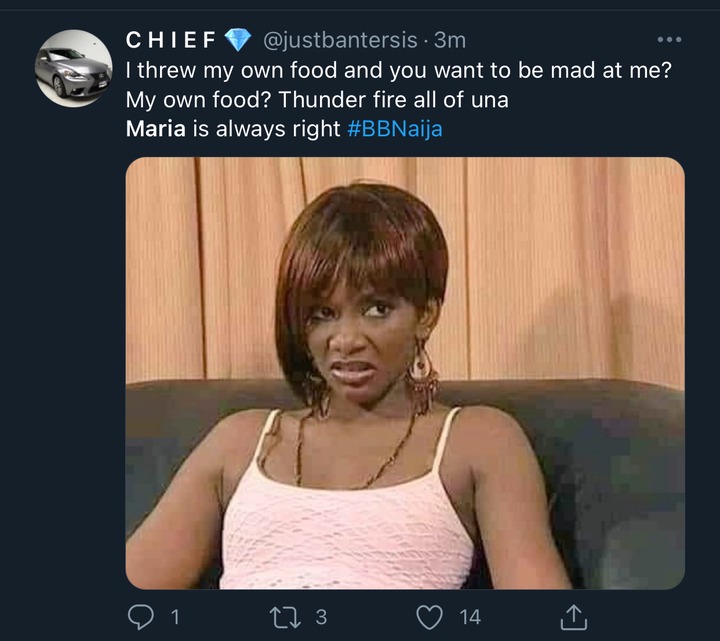 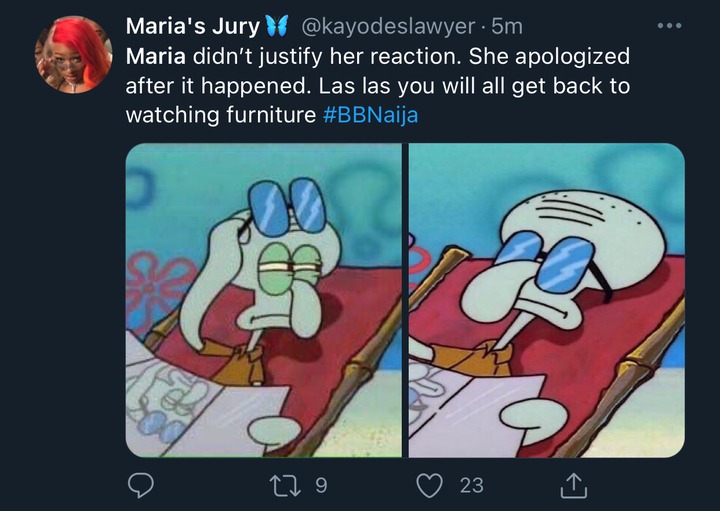 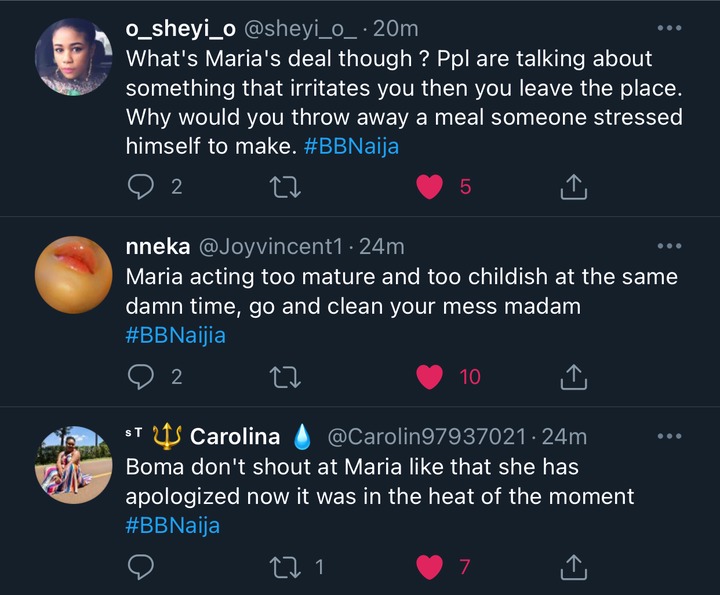 BBNaija: “Kiddwaya And Erica Are Weird Couples” – Trikky Tee (Video)
BBNaija: “Your Front Hair Looks So Bad, You Don’t Have Edges” – Dorathy Destroys Vee (VIDEO)
#BBNaija: “I Don’t Want To Promise And Disappoint You Later On, I Think You’re Amazing” – Kiddwaya To Erica
#BBNaija: No Eviction This Week As Big Brother Assigns Head Of House, Maria, To Secret Task