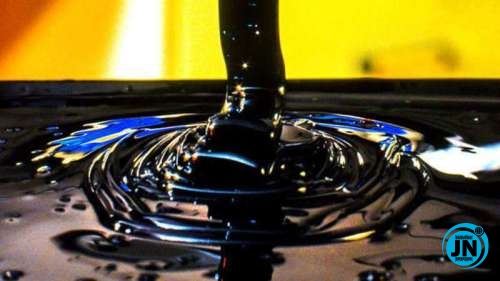 A Clarion call has once again gone out to the federal government to review upward the derivation funds to the states to 50 percent.

Akwa Ibom elders and leaders made the call, against the backdrop of the fact that the current 13 percent being paid to the states was insufficient to meet the development needs of the oil-rich communities given the attendant negative effects of oil and gas exploration activities.

This is contained in a statement endorsed by the CoordinatorElders and Leaders Vanguard, Senator Anietie Okon.

The statement also took a critical look at the state of the nation, the crisis rocking the interventionist agency, Niger Delta Development Commission(NDDC), the unbridled cases of nepotism at the national petroleum regulator, Nigeria National Petroleum Corporation (NNPC), and the vice-like grip of President Muhammadu Buhari on the Ministry of Petroleum and insisted that restructuring was the only way out of the political and economic quagmire the nation has been sucked in.

They accused the President over what they described as unmitigated shortchanging of the states in revenue allocations, reiterating calls for an upward review of oil derivation to 50 percent.

Besides, they took a swipe at the Senior Special Assistant to the President on Niger Delta Affairs, Senator Ita Enang, describing as morally deficient his statement that the governors were mismanaging the 13 percent derivation funds.

They said, ‘’Derivation is to the states and Ita Manang is trying to ride a very cheap horse when he has failed not only in his duty to the people and to the so-called President. First of all, the President is the Minister of Petroleum and has been responsible for the unmitigated shortchanging of states over derivation.

‘’We would have expected somebody like Ita Manang to talk about the shortchanging of states. For him to talk about 13 percent, the question is, how much has the federal government earned and as a federal employee, how has he helped in attracting federal investment to the states?

‘’It stands compelling and morally deficient to make a statement on what a state government is doing or not doing because as it were maybe on his advice, the government at the center has come out a cropper, completely displaying ineptitude in every possible area of activity.

‘’We believe, Ita Manang is up to his usual pursuit of doing some master’s bidding. The 13 percent is not enough for the states and we are looking at 50 percent and that is why we are calling for restructuring. So, Ita Enang is just raising dust over nothing. And it is irresponsible for him to also say that the major oil companies are the ones causing crises in the region.

‘’As far as we know, Ita Enang has never done anything positive about the Niger Delta when he was in the House of Representatives and in the Senate. Was he not in those houses and what query did he raise when oil wells were given to the Northerners? Let him point to any Akwa Ibom man that has an OPL to his credit. He is what we call, ‘bo mi no ko’, a messenger. And you know messengers do not see beyond their noses. It is not enough for him to talk about the Niger Delta governors, what about his boss?’’

‘’What about the crisis in the NDDC and the rot in NNPC? Why has he not advised his boss that nepotism has been carried too far and the posts number one to twenty-three have been occupied by people from the North? Nepotism diminishes the capacity in this country and that is why today we are reeling under heavy debt burden every year, other than resort to means of raising money rather than loans. Who will pay the loans? Certainly, not a legacy to leave behind to our children.’’