According to Iyabo Ojo, it is the dream of every mother to see their great grandchildren and that was the desire she had for her mother who passed away months ago. 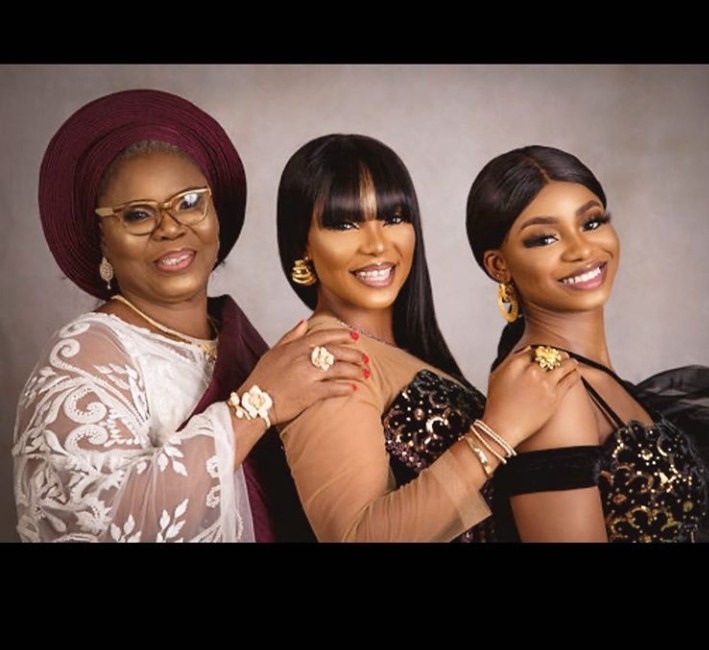 Iyabo Ojo's comment earlier this week prompted a wide range of reactions on social media, with certain fans praising her for marrying early, whereas others were urging her to avoid pushing her daughter.

According to Iyabo Ojo, it’s always a mother’s dream that their kids will get married, then settle down the have their own kids.

Iyabo stated that the world is vanity and the only thing that will be left behind are the children people leave behind and the memories they had.

She then stated that she still feels very hurt that her mother did not live long enough to see her great grand children because every mother would love to see their grand children.

See her full words below: 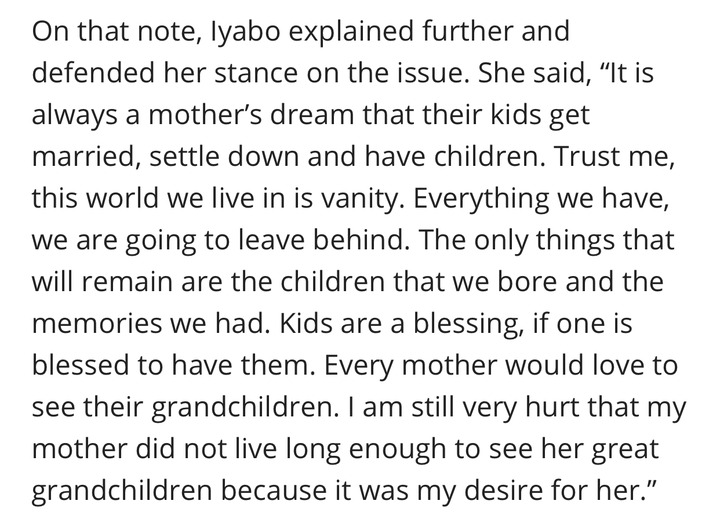 ‘My memorable moments are with you’ – Eniola Badmus pens down a heart-melting birthday message to Funke Akindele
Watch as Baba Ijesha prostrates to thank his lawyers after securing a N2m bail for him
Lekki Shooting: The CCTV cameras stopped recording by 8.00PM – LCC Boss says as they submit footage
Lady drags husband who claimed he was travelling to Delta but lodged in a hotel with another woman