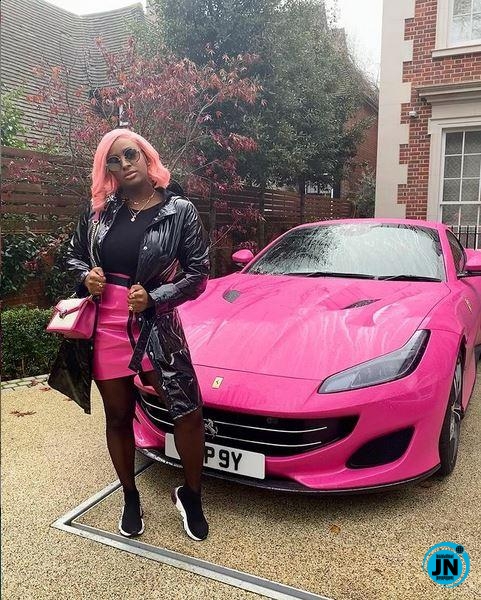 The famous female Disc Jockey and Billionaire’s daughter, Florence Ifeoluwa Otedola, largely known by her stage name, DJ Cuppy, has made a statement that suggests that she would rather cruise in her Ferrari than dabble into a beef.

DJ Cuppy while sharing a nice photo of herself posing with her expensive pink Ferrari automobile asked a question of why she would hop on some meaningless beef when she has a Ferrari to ride on.

“Why would I hop on some beef when I can hop in my Ferrari? 💨”

Mavin Records: Rema Get's A Compliment From South African Rapper, Nasty C.
Endsars: American Rapper, Cardi B Set To Join Protest?
Mercy Aigbe’s daughter who just returned from Canada reveals why she is bored in Nigeria
‘You can not raise your children the way your parents raised you’ – Tiwa Savage’s estranges husband, Teebillz warns