Where Is Your Leg And Head Facing? – Mercy Eke Mocks Diane Over Her Edited Photo
Posted by

Diane Russet shared a photo on her IG page which was obviously edited. The photo was however confusing as her legs and head facing the same direction even though she was trying to turn around.

Reacting to the photo, Mercy Eke dropped a comment under the photo, asking her where her head and leg is facing.

Fans also mocked her for the outrageous photo, with some of them begging her to reduce the way she edits her photos. 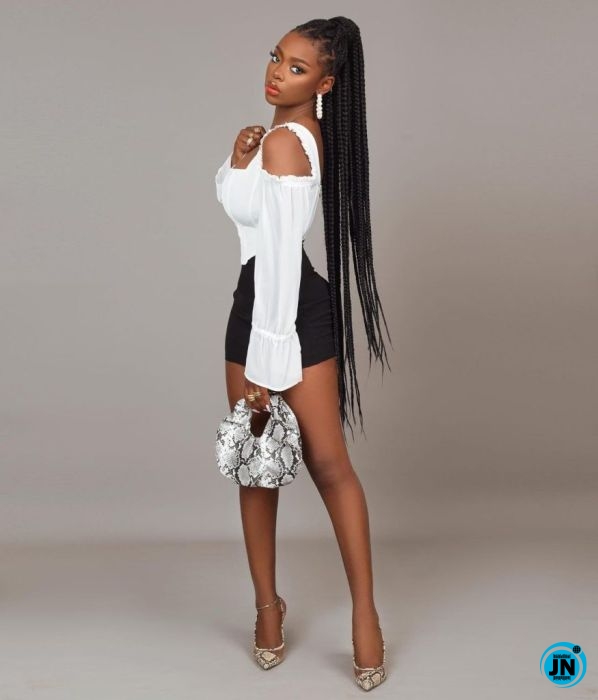 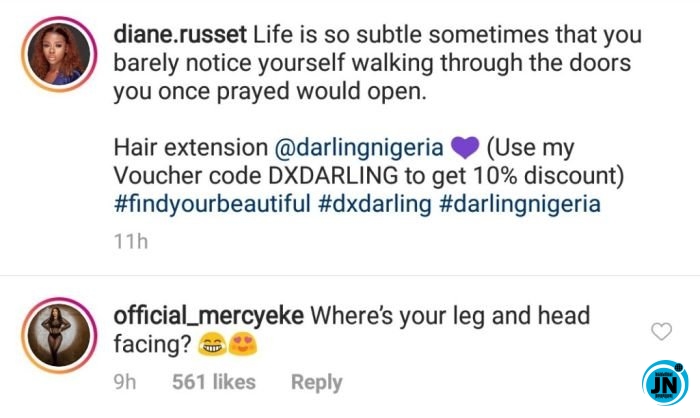 “Where una dey see this money?” — Reactions as Zubby Michael acquires Mercedes Maybach car (Video)
“No bestie anywhere” – Bobrisky declares after fall out with former bestie, Tonto Dikeh
WHERE DEN DEY SEE MONEY?? Nollywood Money Can Not Buy You A Mansion – Baaj Adebule
Bovi narrates experience at a hotel in London where he was mistook as a fraudster