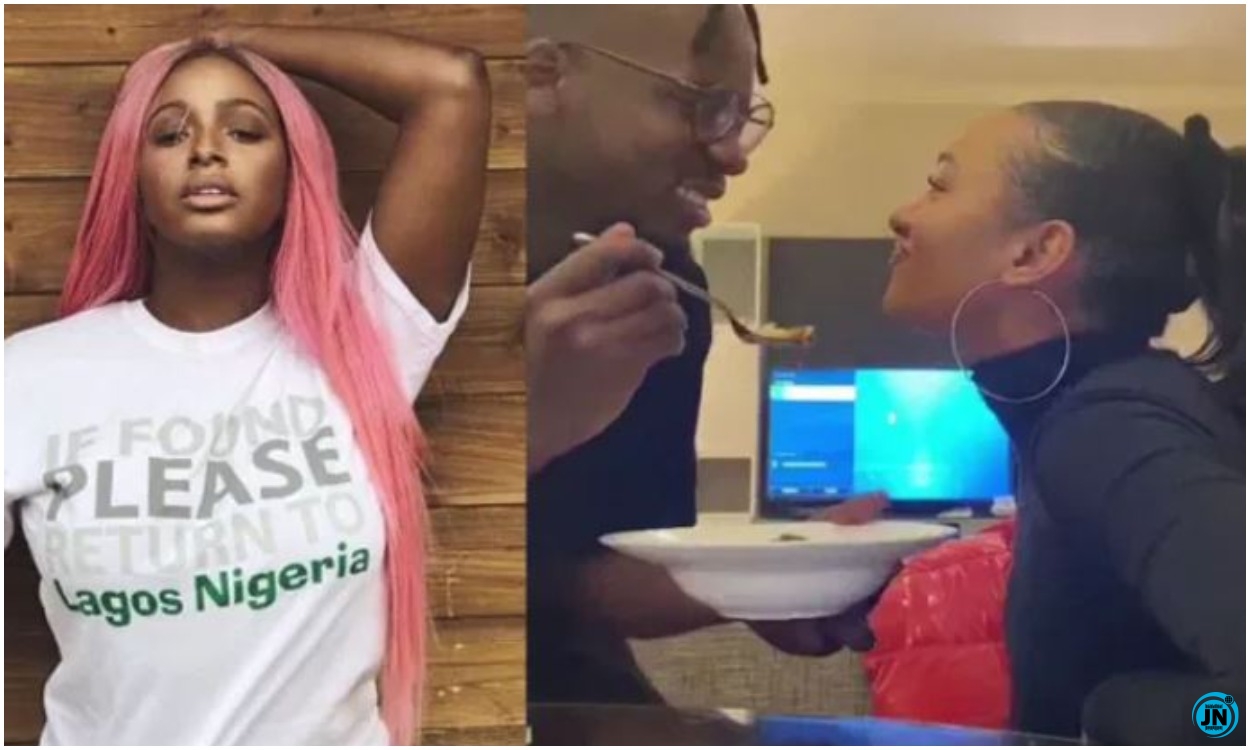 In a podcast titled ‘How far with Mr Eazi and Temi’, Temi who is the daughter to popular billionaire, Femi Otedola and Mr Eazi’s girlfriend disclosed that she started dating Mr Eazi after DJ Cuppy introduced her to him.

According to Temi, DJ Cuppy told her that even if their romantic affair hits the rocks she is still going to have a working relationship with the singer.“I can never forget the only thing she (Dj Cuppy) said,” Temi began.

“Those first weeks we were dating, she had obviously introduced us and she was there and she was still cultivating a working relationship with you (Mr Eazi).“And so, she calls me and said ‘so you guys are dating officially and I said, yes, I like him and she said, all I am going to say is that if things don’t work well with you both, I am going to maintain my work relationship with him (Mr. Eazi)’ and she was straight up about it.”

Kemi Filani News recalls  Temi Otedola was recently trolled by fans on social media after sharing a photo of her having a good time. We all know, Temi and her current Boyfriend, Mr. Eazi, seems to be in love seeing as they both have their photos as their profile picture.

Trouble however started hours ago when Temi uploaded a photo of herself having a good time and one of her fans bluntly wrote, “Eat and drink but you see that guy on your profile, he will not marry you”, it seems they have the notion that talented musician, Mr. Eaziis just using Temi to further his cause and will not marry her.

“She looks depressed” – DJ Cuppy’s expression on how she gets criticized for everything trails reactions (Video)
“I beg for money from my dad” – DJ Cuppy list things she does with Femi Otedola (Photo)
“Find me my own man” – Cuppy cries out following sister, Temi’s engagement to Mr Eazi
“I actually look better without make up” – DJ Cuppy