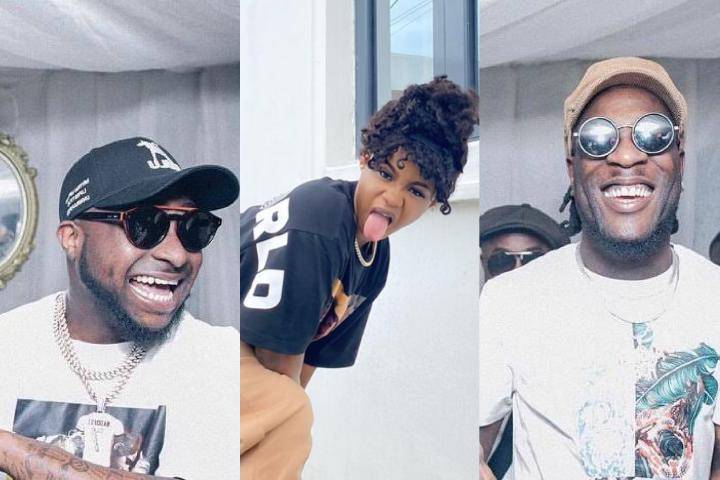 Yesterday was a real buzz on Twitter as it appeared that Burna Boy dissed Davido with his Snapchat posts and Priscilla Ojo decided to jump into the buzz too but god slammed by some Nigerians.

The budding brand influencer took to the social network and tweeted that she thanked God that Burna Boy didn’t win the Grammy’s he was nominated for last year.

In respect to her tweet, it meant she was in support of Davido ahead of Burna Boy.

She came online and tweeted as at 7:01 yesterday night and said: 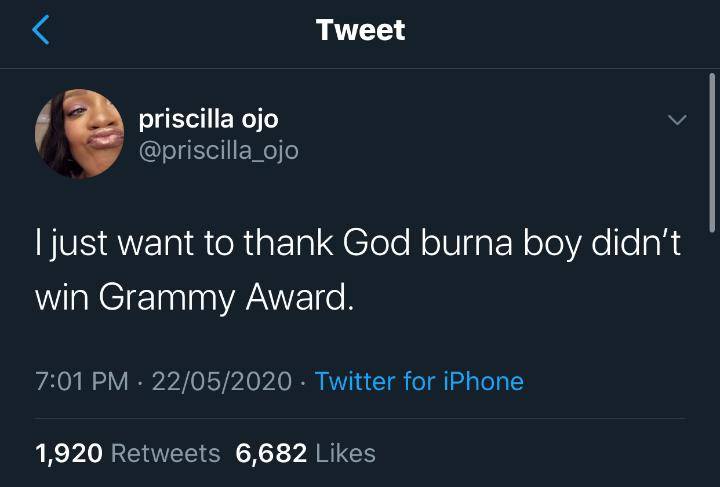 As you can see above the post made good engagement as different people with different views reacted to the tweet.

Amongst were people that slammed her.

Checkout their reactions below:

Just hope someone out there won't " Thank God" when you don't achieve your life's dream or goal.

I just want to thank God you are not married yet.. foolish

This is so toxic and negative 👎🏽 no offense

Don’t throw STONE when you know you live in a GLASS HOUSE. Cos if person tweet this kind thing for your mama wey dey act I KNOW sey nah Swear you and your mama go dey swear for the person in Yoruba language. Omo iya elepe 👋 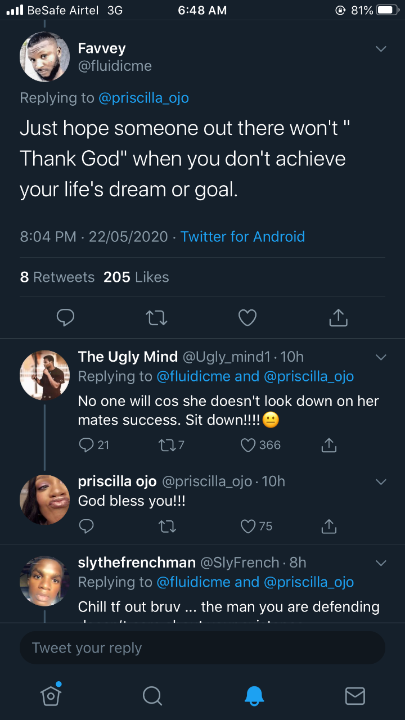 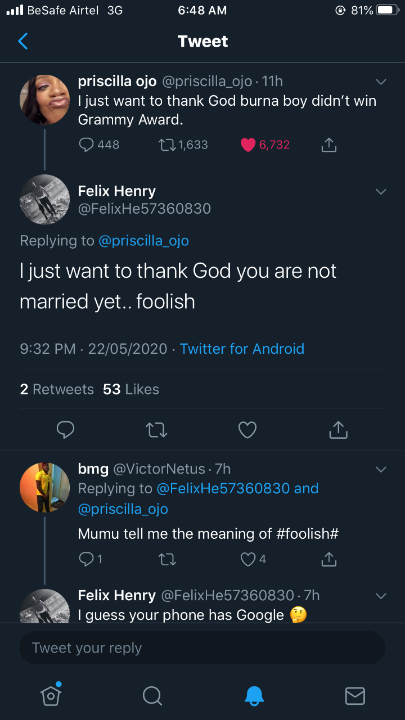 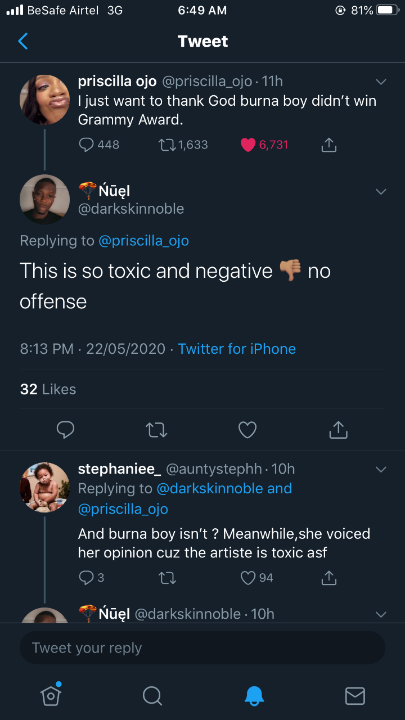 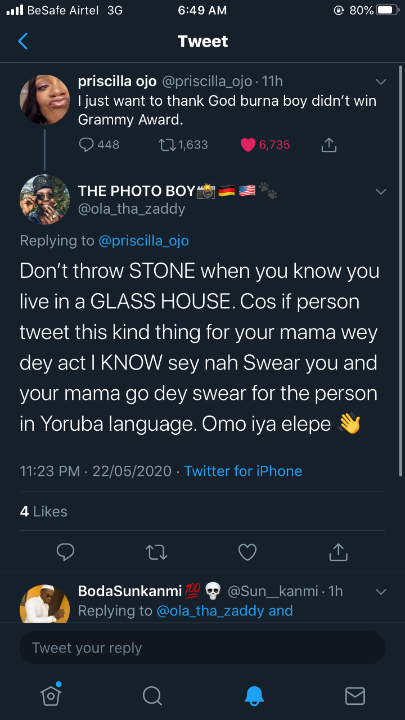 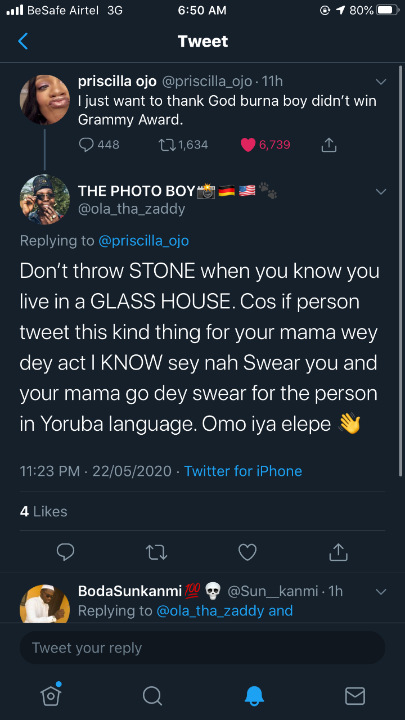 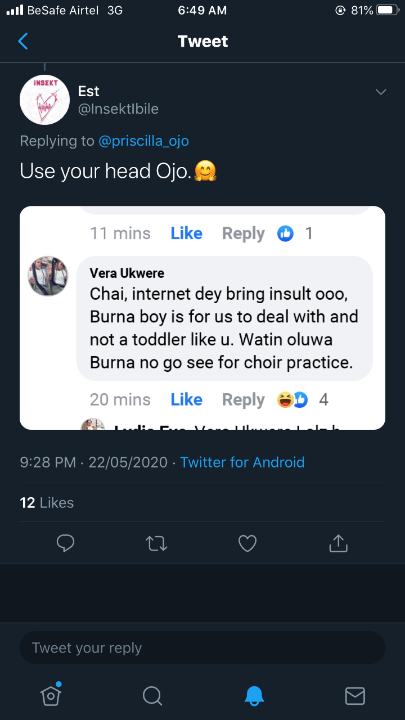 Burna Boy To Release The Official Video For His MONSTERS YOU MADE Track Today
Burna Boy’s alleged side chick, Jo Pearl, reacts to his Grammy award
‘We Need An Autopsy’ - Nigerians React As Olamide and Burna Boy’s Dancer Dies (See Photos)
Grammy: Actress, Princess Shyngle confirms dating Burna Boy once as she congratulates him (Video)