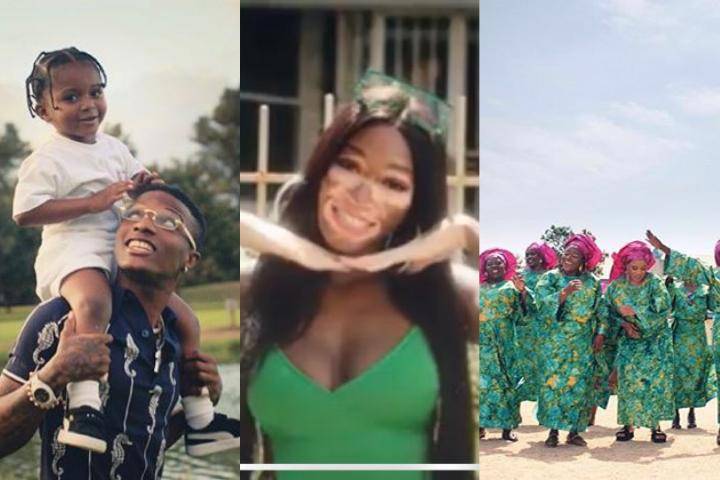 There are a lot of attractions from the video from his three sons featuring in it, to the American Grammy winner, H.E.R featuring in it and Banky W and Captain Demuren features.

One thing also captured the eyes of the viewers of the music videos as they spotted a lady that has the vitiligo disease.

Many were surprised but still glad Wizkid did not discriminate and featured a woman of that colour in his music video.

They took to Twitter to talk about it and here are some reactions below: 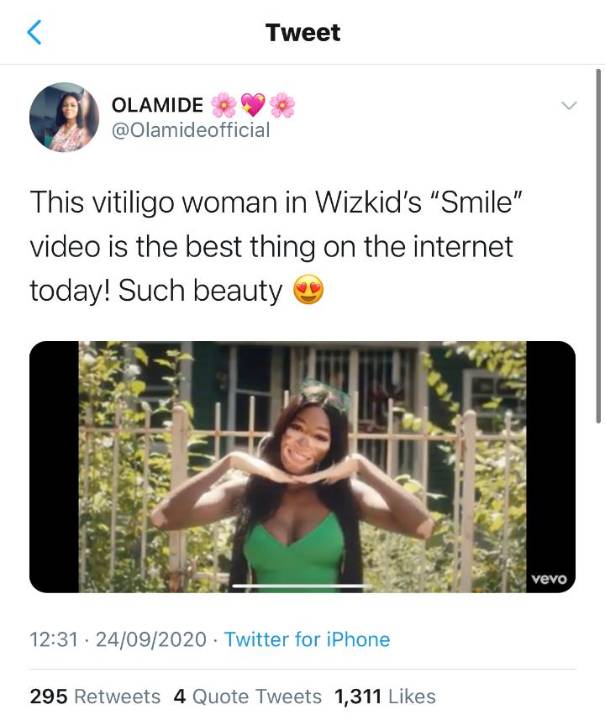 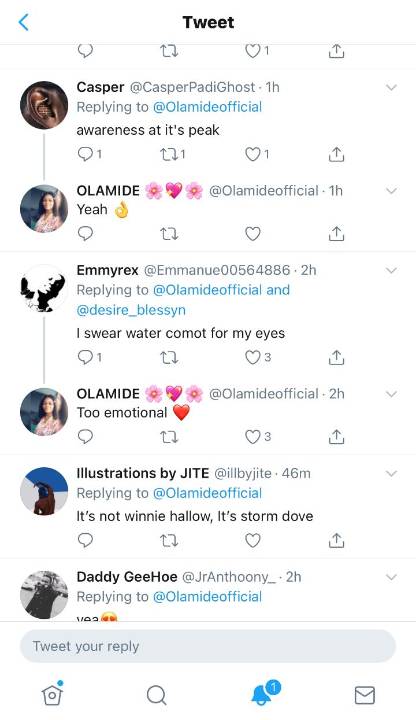 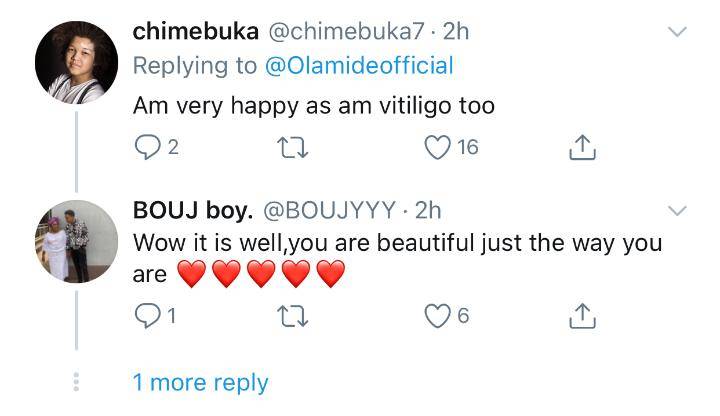 The lady has been identified as Storm Dave on popular photo and video sharing social network, Instagram.

Incase you don’t know, vitiligo is a type of disease that causes the loss of skin colour in blotches.

It can’t be cured and can last for years or be lifelong.

Bobrisky’s younger sister opens up for the first time, makes crpytic statement about Bobrisky and his sexuality (Video)
‘I Cry About It Sometimes’ - Simi Says As She Celebrates Clocking Age 33 With Adorable Photos
Pastor Adeboye tells Members one Major thing about Coronavirus
After Chelsea Beat Atletico Madrid, See What Rival Fans Were Saying About Lampard On Twitter