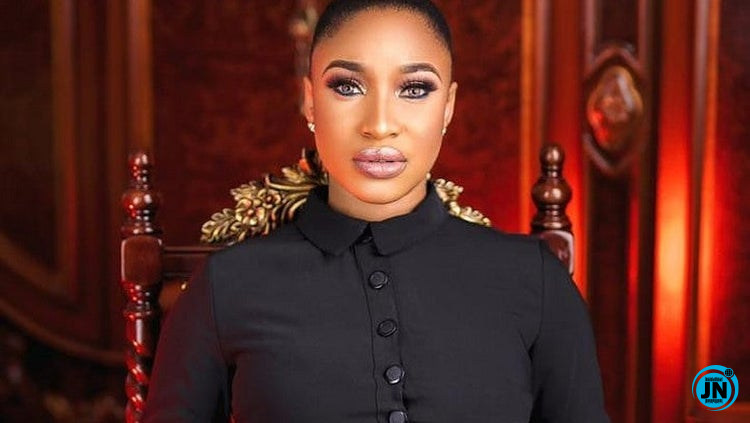 The actress, sharing the screenshot, indicated that the least of her problem was his proposal.

It was discovered that the man had suggested having her as his sugar baby on a weekly allowance of $400.

She answered that this was the least of her problems.

She also hinted that she would, instead, put him on a $1000 weekly allowance. 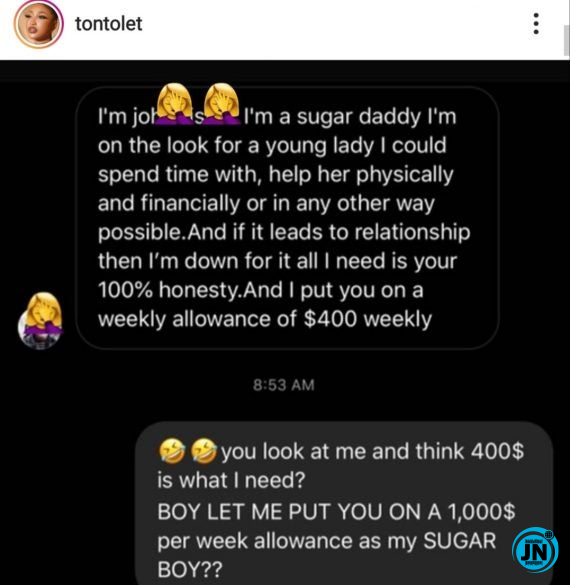 “Act Like A Man So Your Fellow Man Won’t End Up Paying Your Bride Price” – Angela Okorie
See How A Man’s Car Got Destroyed After He Forgot His Sanitizer Inside His Hot Vehicle (Photos)
Nigerian mother of two bags PhD at German university
Everybody Is Loving This Photo Of Tacha Dressed As A Market Woman, See Photo And Reactions