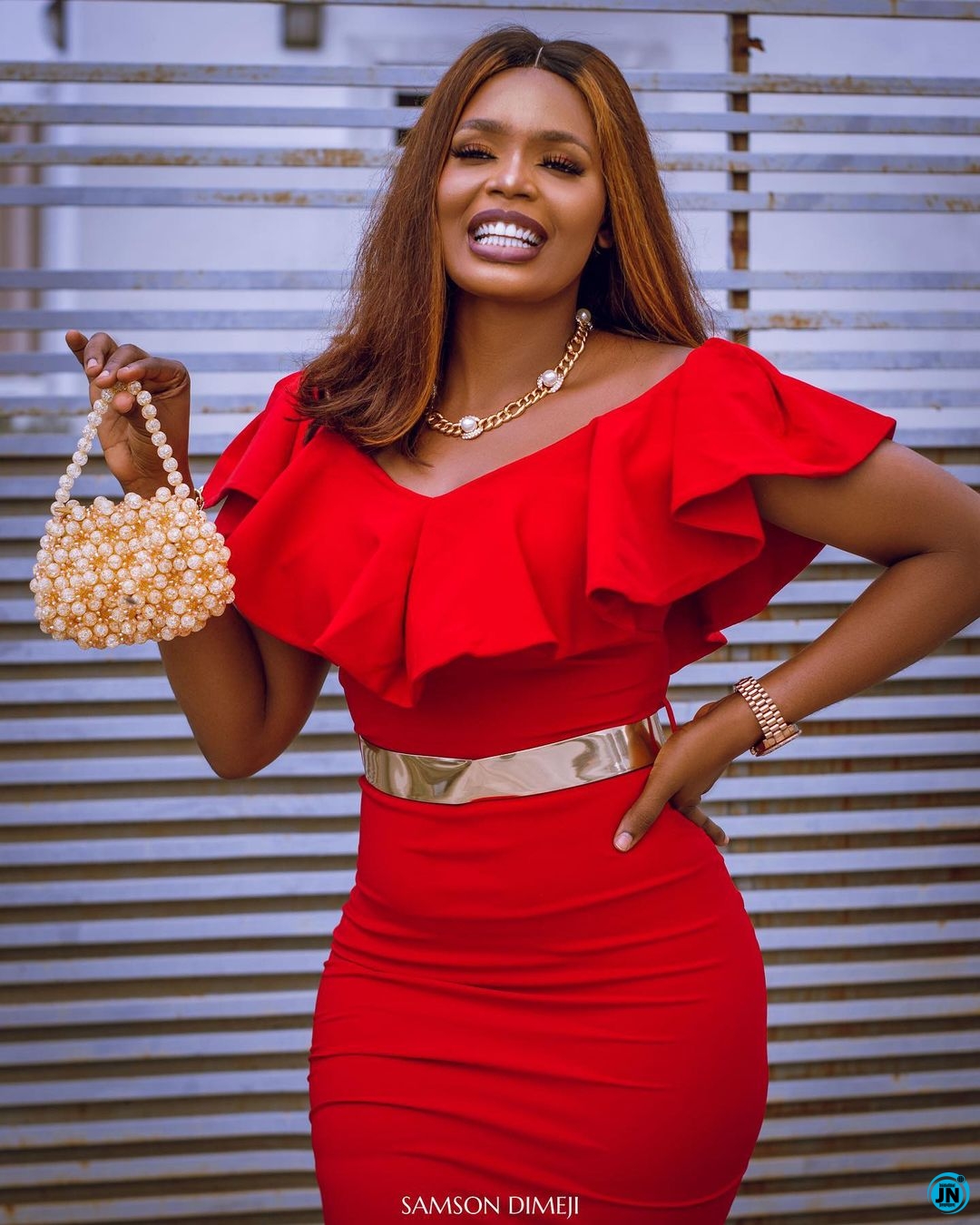 Former BBNaija housemate, Aisha Umaru is popularly known as Kaisha, has been mercilessly dragged on Twitter for including a lady said to be her housemaid in a video.

In the video, she called a lady named Deborah, who responded swiftly. On her arrival, Kaisha asked what she is making for her for breakfast and the lady responded.

The reality star then commanded the lady to get on with the cooking and bring her breakfast to her.

The video has been met with mixed reactions from Netizens, with some seeing absolutely nothing wrong in the video, while others called the entrepreneur out for including the last part of the video with her househelp.

The critics said the video is demeaning and uncalled for. Some other Twitter users dragged her for using the lady to chase clout, asserting that she called her to show off her ‘achievement’


See some of the reactions below, 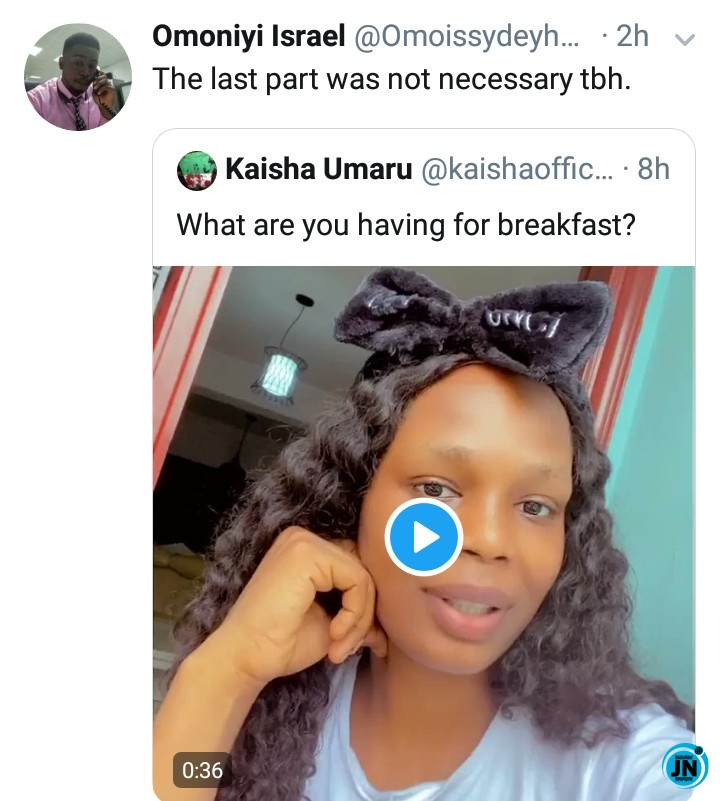 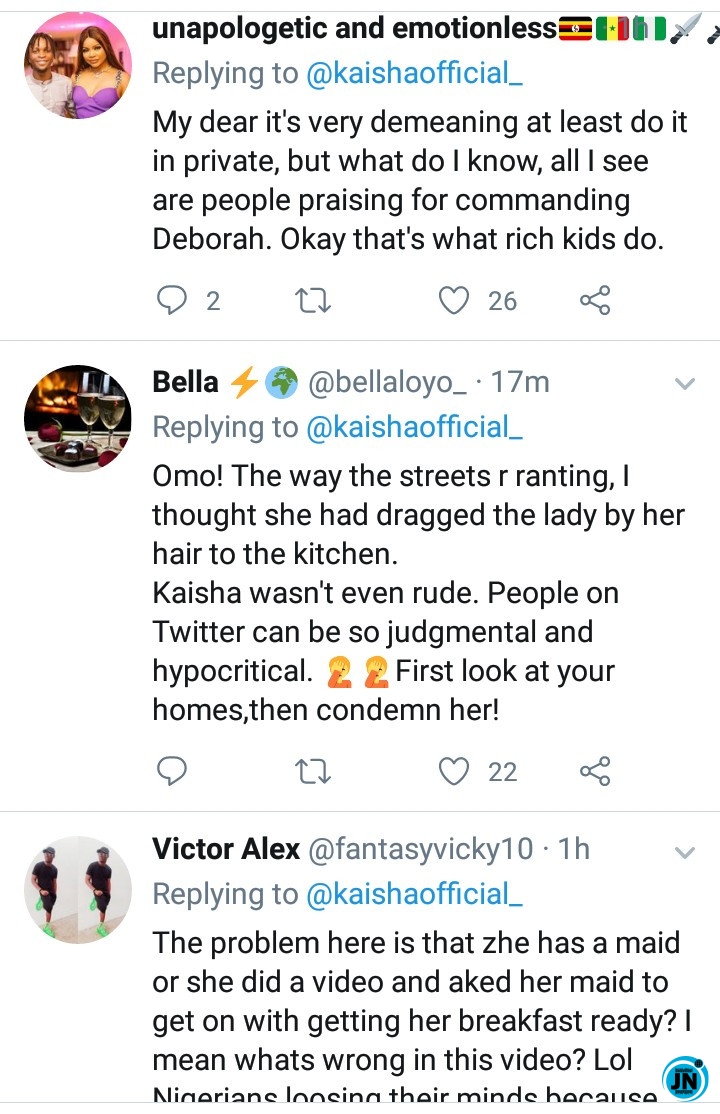 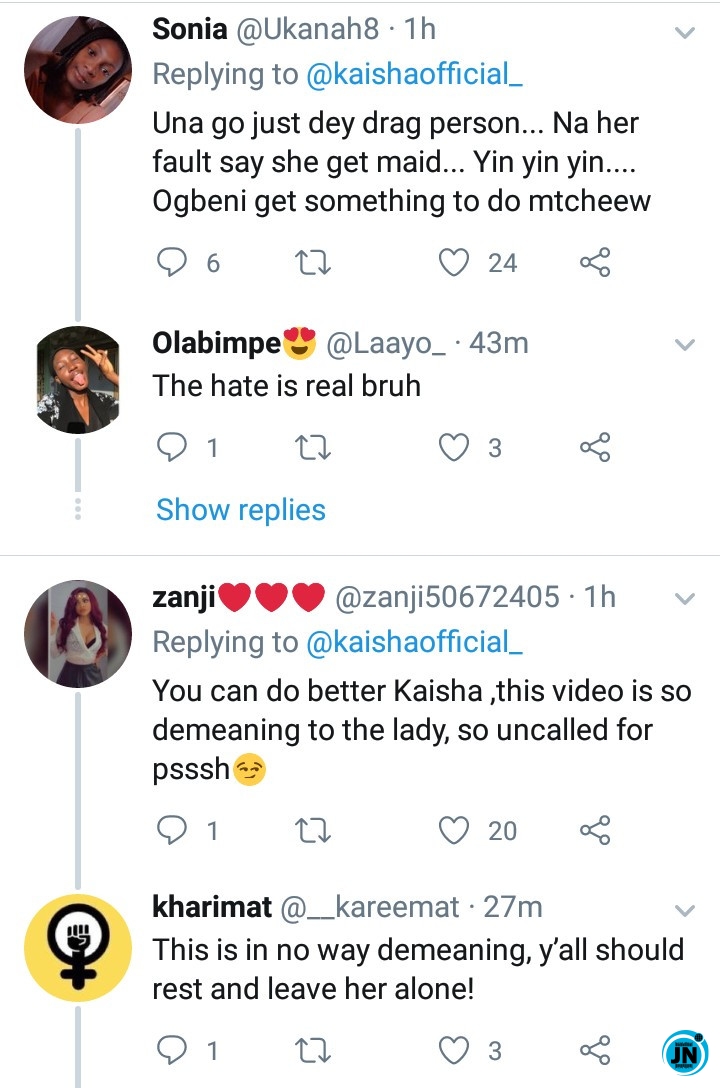 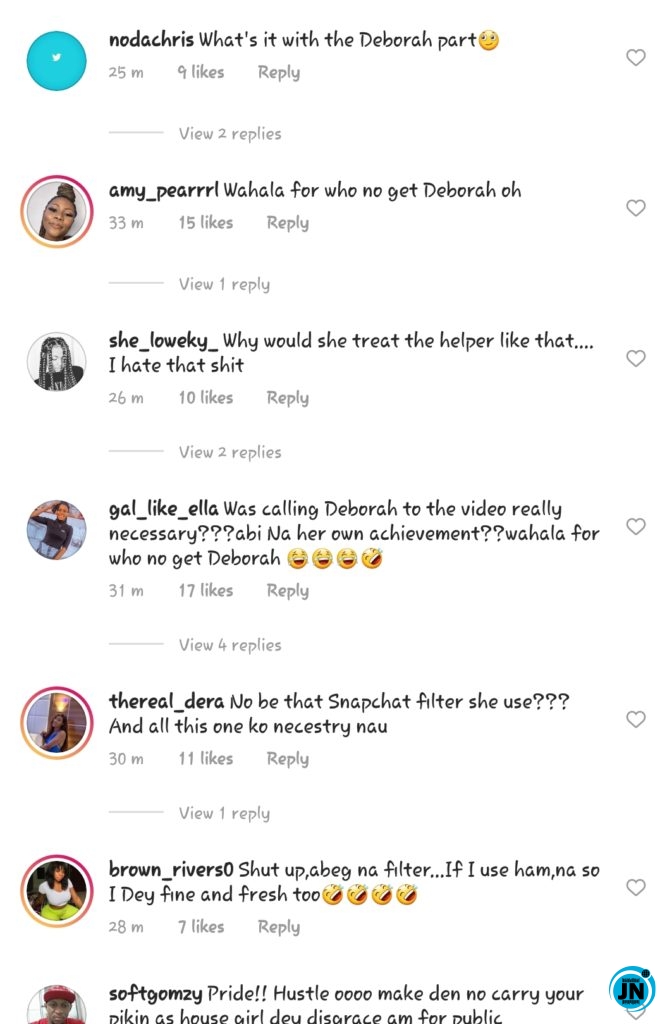 This Is What Nigerians Who Are Not Enjoying Wizkid’s New Song, ‘Smile’ Need To Know
“why Is He Laughing?” – Nigerians React To Pmb Laughing As Gov. Sanwo-olu Presented Demands Of #endsars Protesters To Him
Coronavirus: I’m Not Coming Back To Nigeria - Tacha, See How Nigerians Reacted
Nigerians Mock Bobrisky After Saying The Reason Why God Sent Him To Earth (Photo)