Tems is a Twitter hot topic for all the right reasons! Tems is on a roll, from meeting Rihanna to selling out the Layafetta London Hall 3 for the third time. 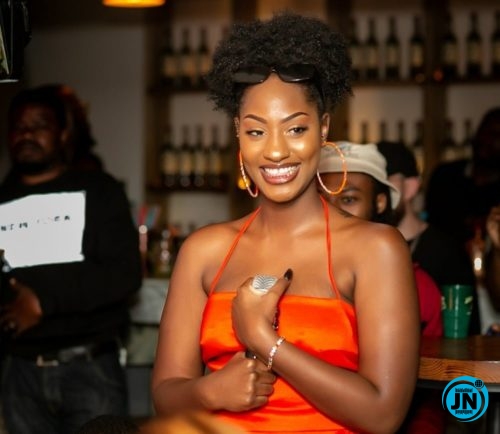 The Damages vocalist set a new record on the music streaming service Spotify this morning.
Tems has officially eclipsed Yemi Alade as the second most streamed female artist on Spotify, according to Hot-New-Afrobeats. She's up against Tiwa Savage, the most streamed female artist on their platform, who is African Bad Girl.
This announcement comes just days after Tems launched her EP, If Orange Was A Place, and only weeks after she dethroned Wizkid as the most popular artist on Spotify. 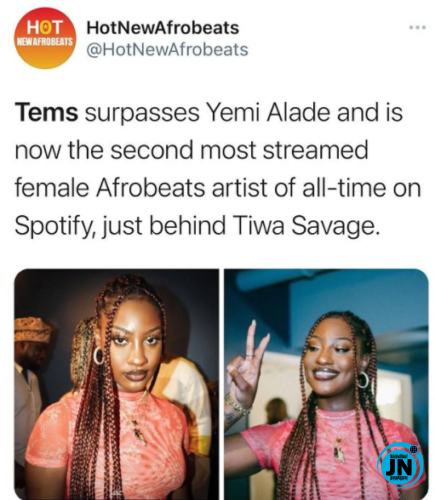