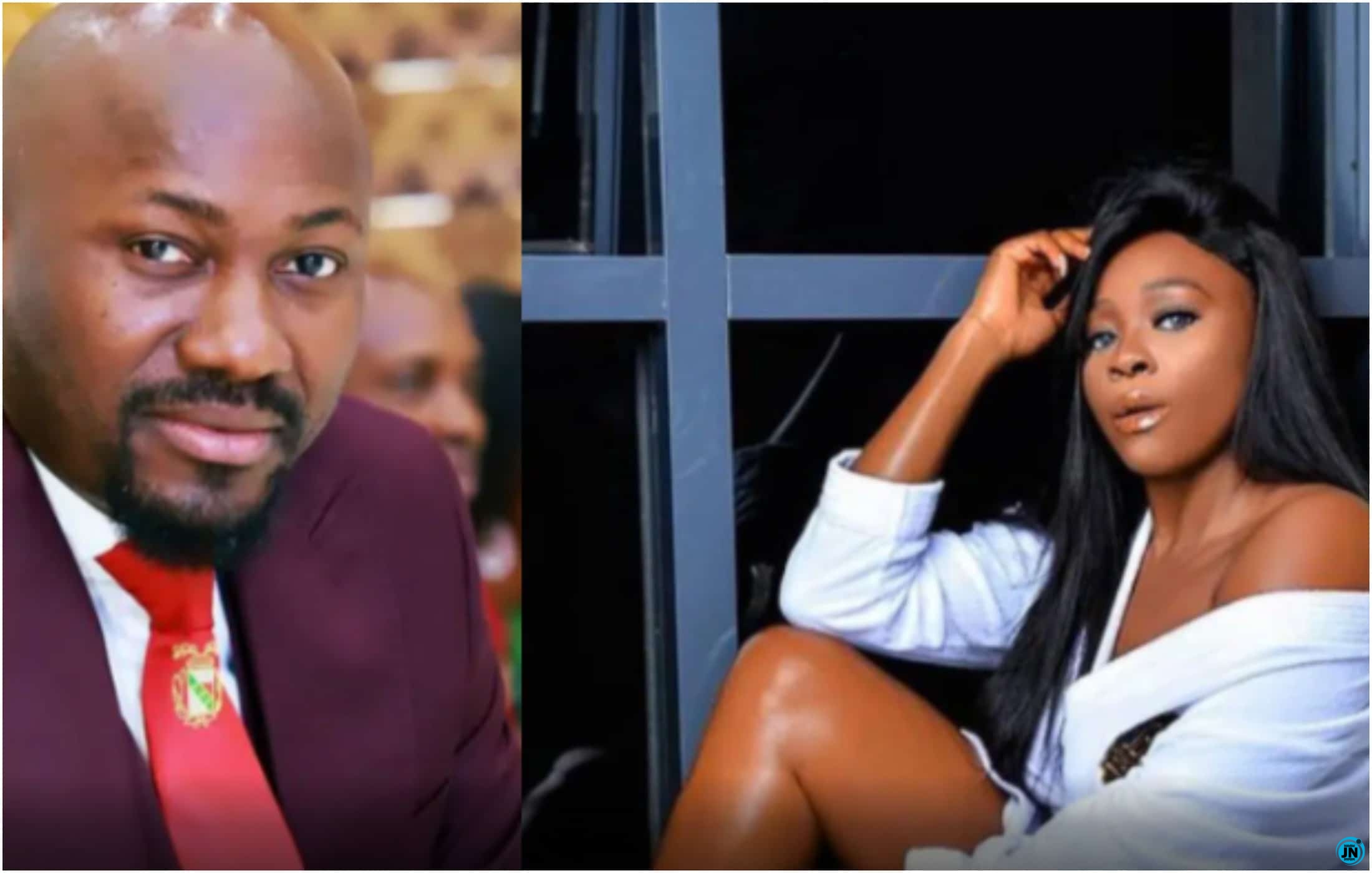 Founder of Omega Fire Ministry Apostle Johnson Suleman has finally addressed the fresh allegation of an extra-marital affair with one actress, Chioma Ifemeludike, by warning his church members to stop sending him messages of encouragement.

Kemi Filani recalls that Nollywood actress Chioma Ifemeludike had alleged that she slept with the preacher in 2016 after her colleague Lynda Clems linked her to Suleman who paid for her sexual services.

In a viral video on social media appearing to show Suleman’s response while speaking to his congregation, the Apostle said “Why are you encouraging a man that is not discouraged? I’m upset since yesterday. I saw messages saying that I should not worry. Read my countenance, when you see me moody you can encourage me. Do I look like somebody who needs encouragement? I’m not discouraged at all and I’m not angry at those insulting me on social media.”

“My wife can bear witness, all the video done against me I’ve not watched one. Many of you have watched it but me, the subject matter I’ve not watched one. What I don’t see cannot affect me. Somebody sent me a video from a blog yesterday, that was the last time it was on my phone. I guard my heart so that I can have fellowship with God. Stop all these rumors and gossips. What will not encourage me I don’t give attention to it,” he said.

Suleman had in the past been involved in similar allegations. In 2017, a Canada-based Nigerian singer Stephanie Otobo accused him of impregnating her and breaking a promise to marry her. She later recanted her allegations.

“Stop sending message of encouragement to me” Apostle Suleman breaks silence on alleged scandal with actress Chioma
See What Obafemi Martins Said After Viral Reports Of Burna Boy Sending Boys To Attack CDQ
“I’m Sending Erica N1million Naira, To Show Her Love” – Bobrisky Claims (Photo)
“Instead of sending me N50k for Valentine’s day shopping, use it for my Introduction” – Lady tells boyfriend