Davido’s fiancée, Chioma Avril-Rowland has taken her love for their son, Ifeanyi to another level as she tattoos his name on her body. 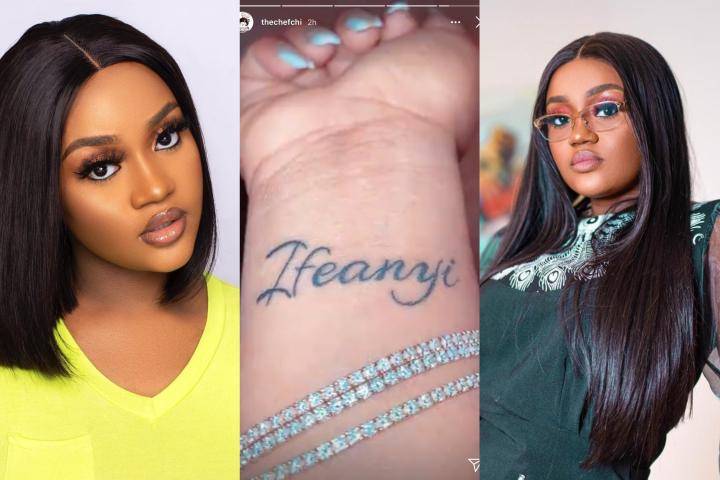 The mother of one and chef took to her account on popular photo and video sharing social network, Instagram to post a short clip of her tattoo and it depicts the name of their son.

She inscribed the name, ‘Ifeanyi’ which in Igbo language means nothing is impossible with God on her hand.

She posted the short video capturing her hand on her Instagram story.

You can check out the screenshot grabbed from the video below: 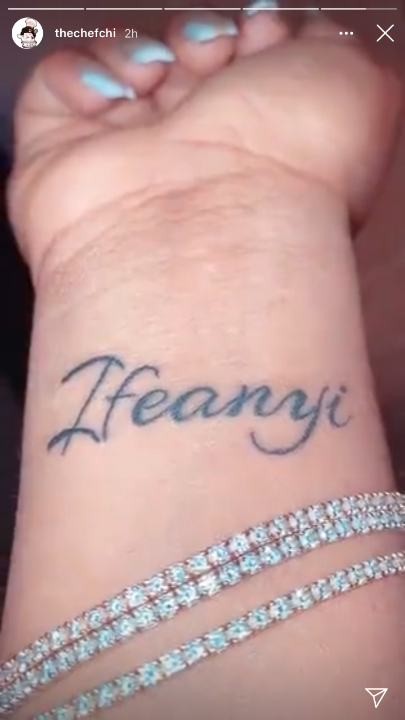 Davido and Chioma has made their love affair public as far back as 2017 during the Chef’s birthday party where Davido gifted her a brand new car.

Ever since, their love story has never dimmed as they kept on waxing strong till the birthday of their first child together, a boy in Ifeanyi.