“I’m petty AF” – Media personality, Shade Ladipo writes as she discloses the gifts she’s collected back after a break-up
Posted by 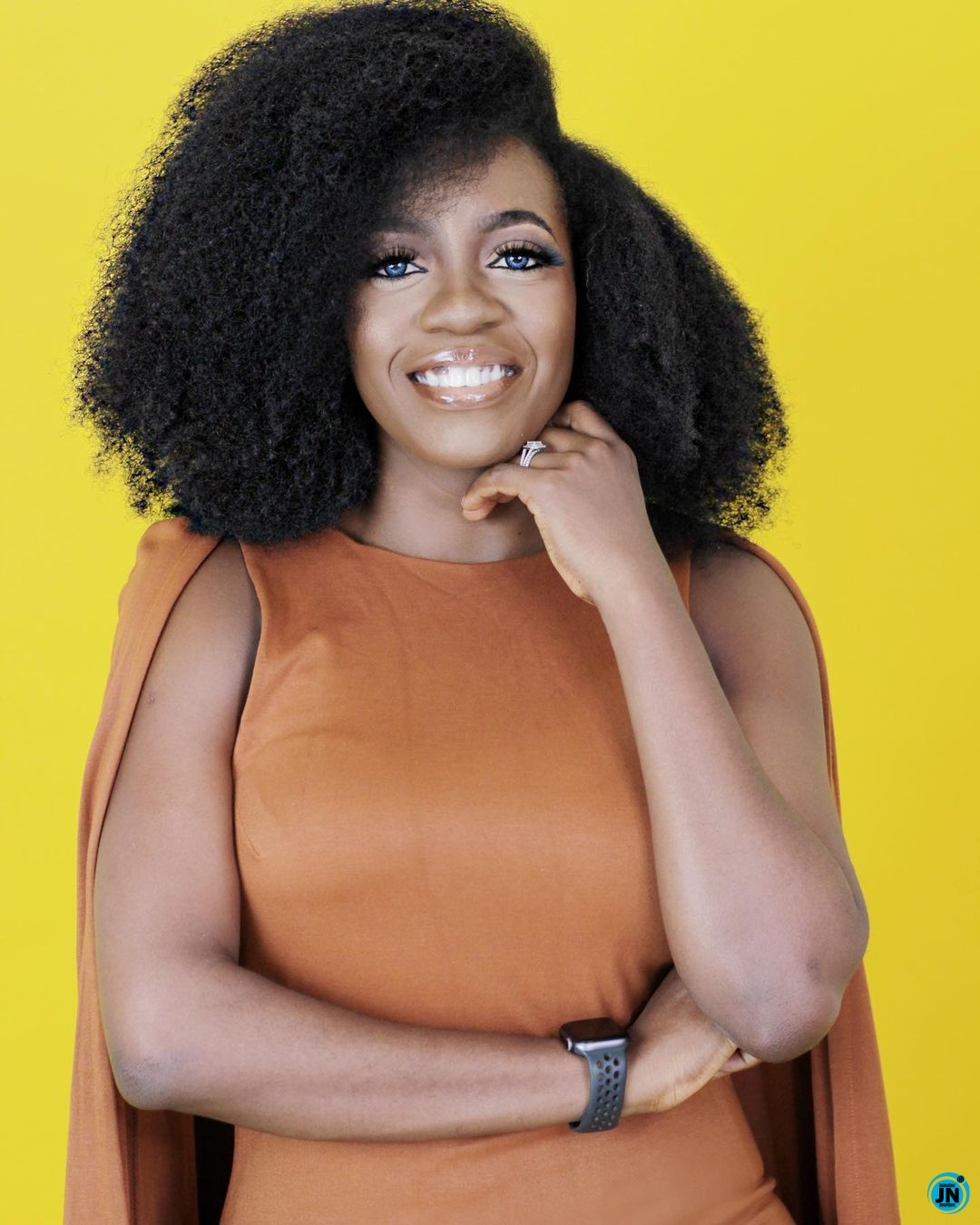 Media personality, Shade Ladipo has weighed in on the debate about collecting gifts back from your partner after a break-up.

Shade who supports the idea of collecting gifts back after breakup revealed that she is petty and has collected gifts back from an estranged lover, including an iPad and a laptop.

According to her, when she collects gifts back, it means the person didn’t spend so much on her and she did most of the giving in the relationship.

Taking to her Insta-stories, she wrote,

I’m Mrs.Petty because guess what, if I collected my gifts back then it means that you didn’t buy as much or more so e means say na me spend pass, Choi, I’m too smart”. 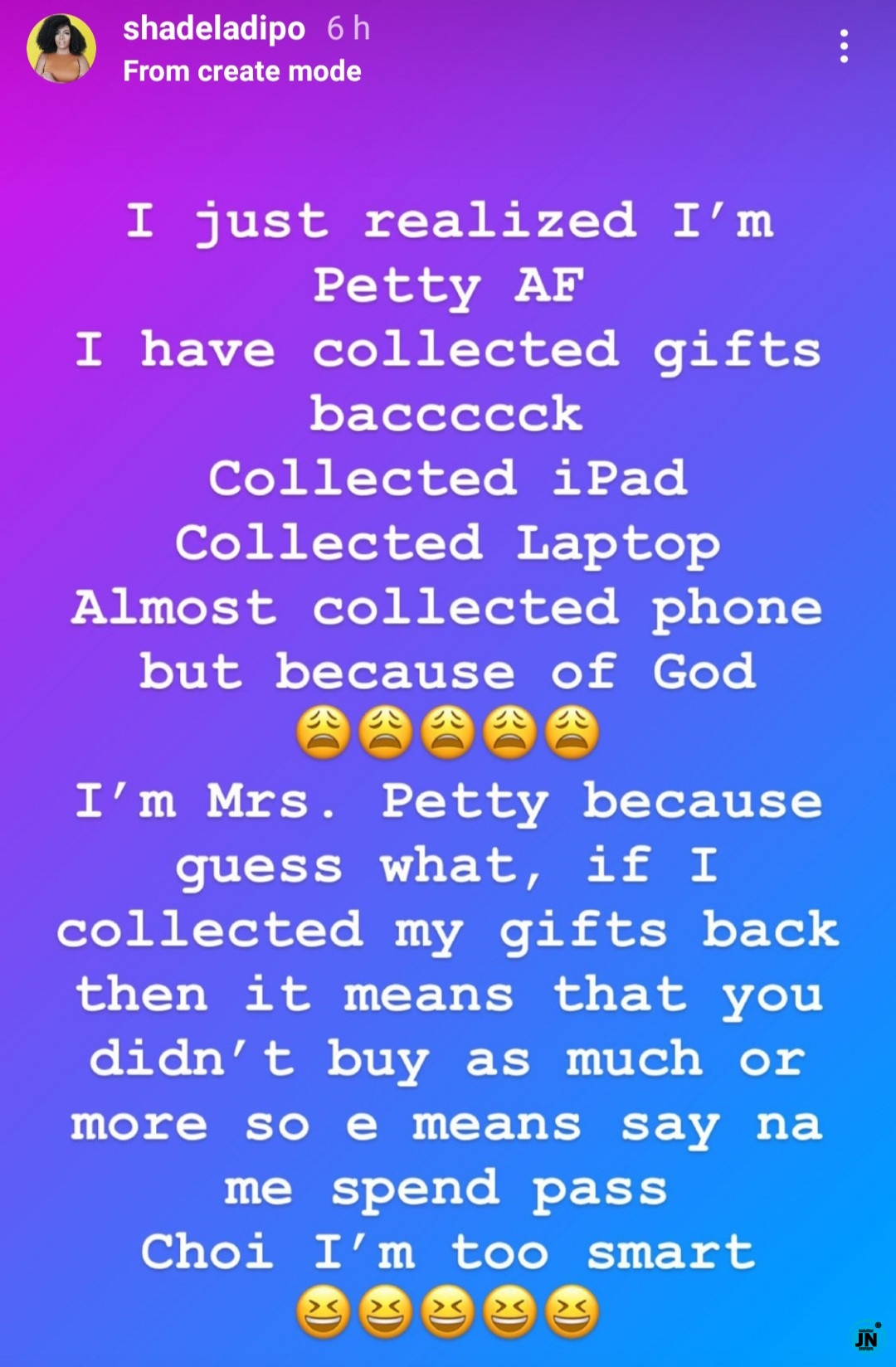 In other news, the married Media Personality, Shade Ladipo has said she is not ready to give birth to a child by herself.

She said she loves babies, and she is great with them, but she sees no reason why her vagina or body should go through that “mess”.