Few Chelsea fans have taken to popular social network, Twitter to state that their striker Timo Werner is unlucky. 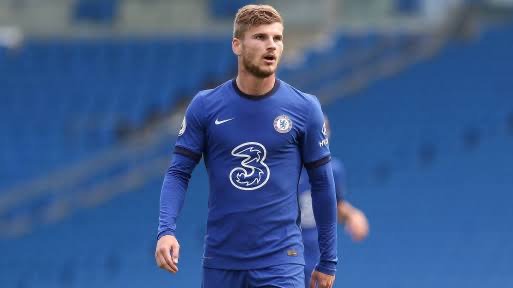 The German striker who arrived at Chelsea at the start of this ongoing season has dropped below par since his sparkle at the beginning of the season.

Timo Werner has now failed to score in his last ten Premier League games for Chelsea this has caused worries amidst the Chelsea fan base.

Yesterday, he finally found the back of the net for Chelsea, but it was later ruled offside.

One tweet reads: “Werner have scored 5 offside goals, hit the woodwork 5 times. Man is so unlucky, I feel for him.”

Another one reads: “Timo Werner now has the most offside goals in the squad (5) as well as the most woodwork hits (5). He deserves more, and will get more when those small margins go in his favour . Patience.” 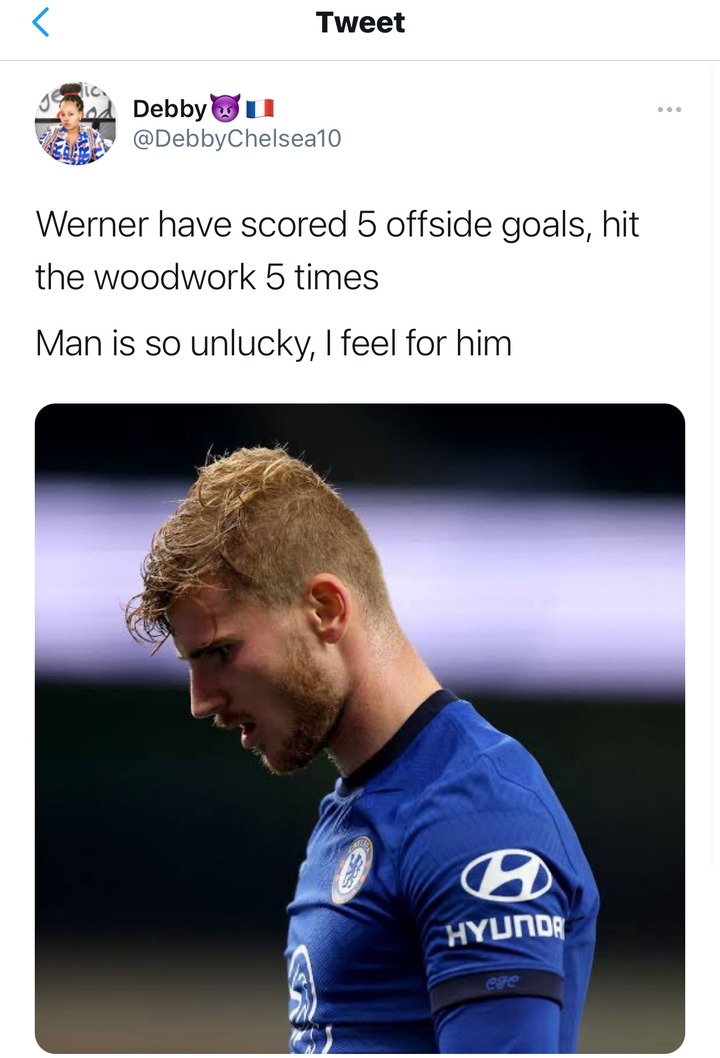 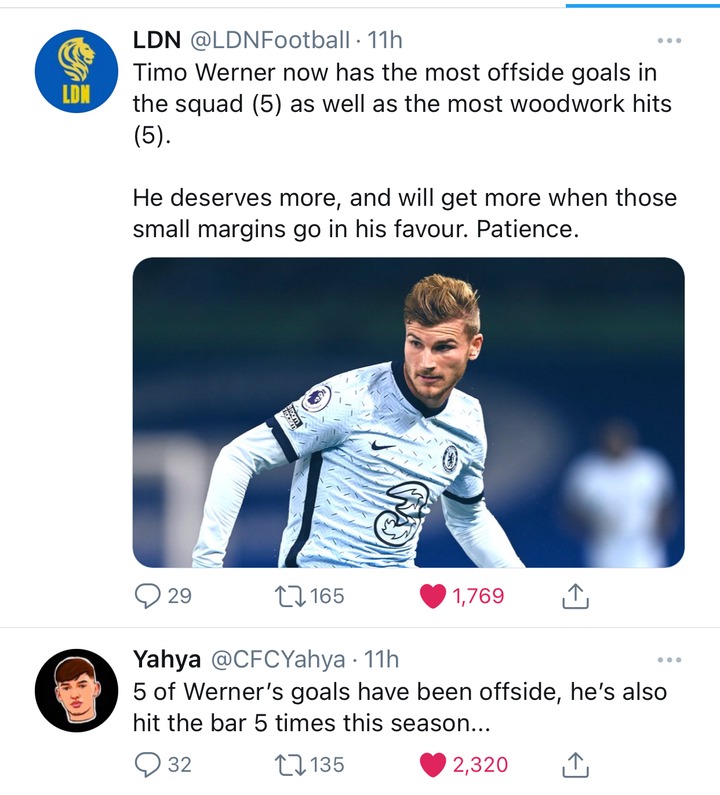 Coronavirus: See The Two Nigerian States Refusing To Close Schools And Places Of Worship
‘This Is Just The Beginning’ See What Wizkid Said After SARS Was Dissolved By The Nigerian Police
See The Recent Photo Of The Mechanic Boy Wizkid Sent To School 2 Years Ago
#BBNaija: See How Viewers Voted For Their Favourite Housemates This Week, As Laycon Leads With Impressive Percentage