Popular Nigerian reality TV star, Mercy Eke is has revealed her intention to enhance another part of her body and mixed reactions have however trailed it. 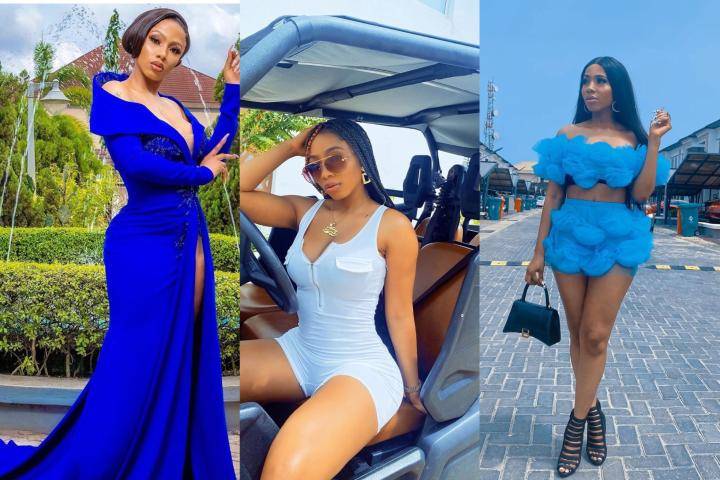 She said this during her reality TV show, Mercy & Ike which she hosts alongside her heart rob, Ike.

Mercy Eke in the clip shared by Instablog9ja also spoke about her previous enhancement which was done around her bum.

Speaking about people who attacks her by saying she has a silicon bum, Mercy said:

'I think they're ignorant, very very ignorant, because they don't even know the difference between silicon and liposuction, they just jam everything together.'

Then she further revealed she is thinking of enhancing somewhere else on her body.

"I'm still going to enhance my body if I want to. Infact, i'm thinking of touching my lips."

Meanwhile, different reactions have followed her statement beneath the post made by Instablog. Here they are below: 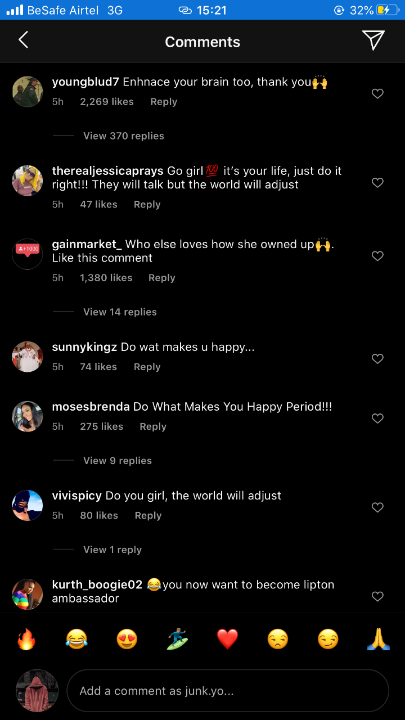 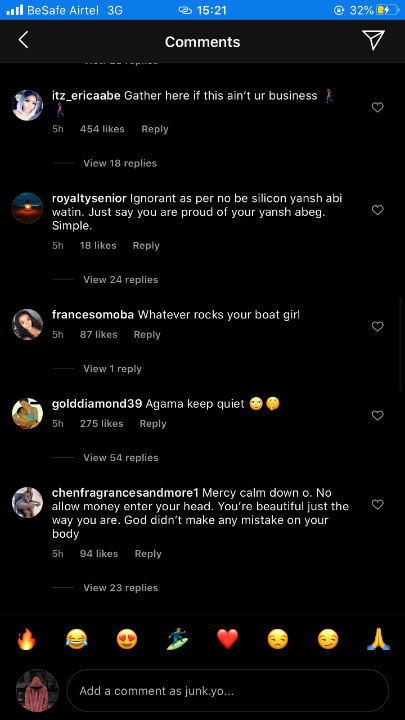 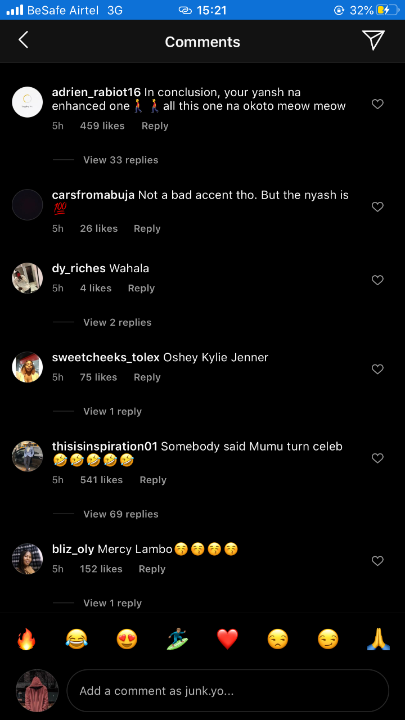 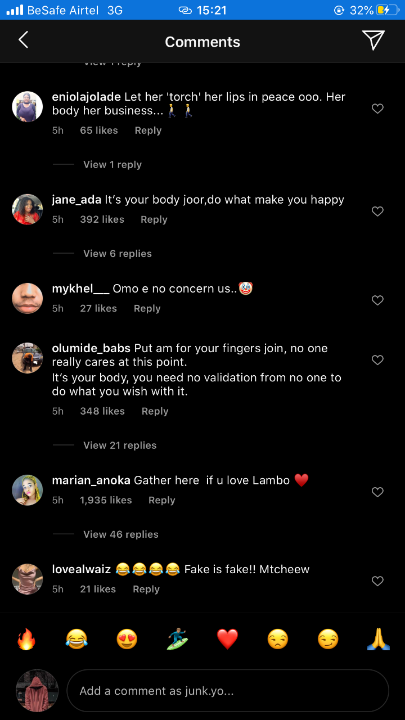