on Apr 16, 2020 0
Tiwa Savage who was once married to Nigerian Producer TBillz but later rumored that she was dating singer Wizkid.

The two spark dating rumors after Wizkid featured Tiwa Savage in his hit song “Fever”. However, it seems Tiwa has found a new lover now since she has been gushing on him for some time now.


In a new photo posted on her Instagram, she spoke about how she feels each time she sees him. Check out the screenshots below: 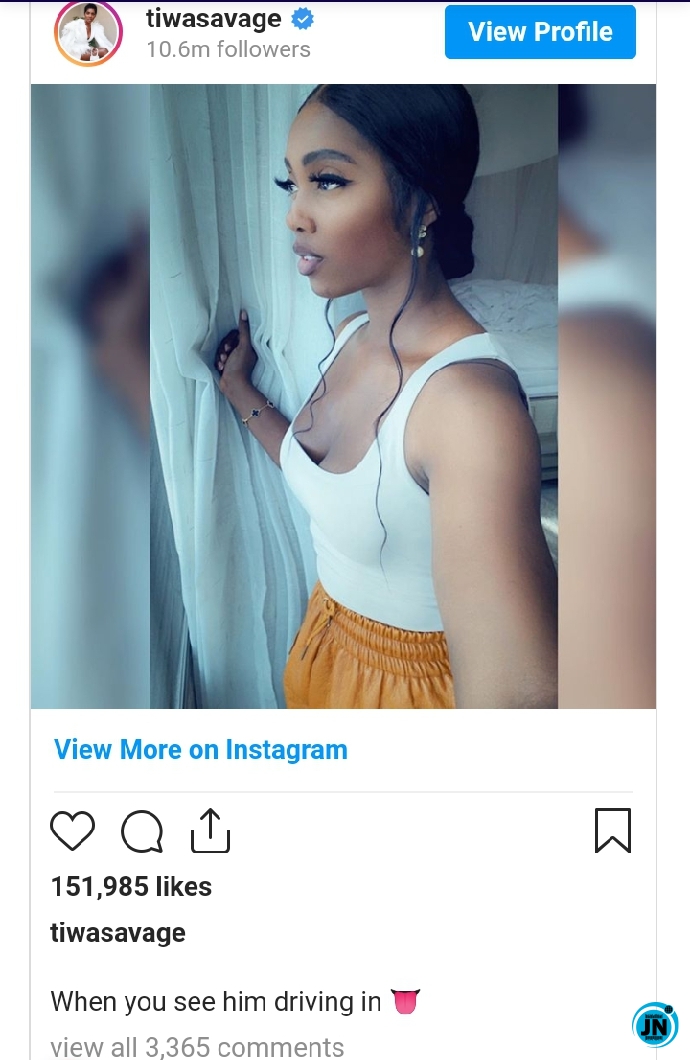 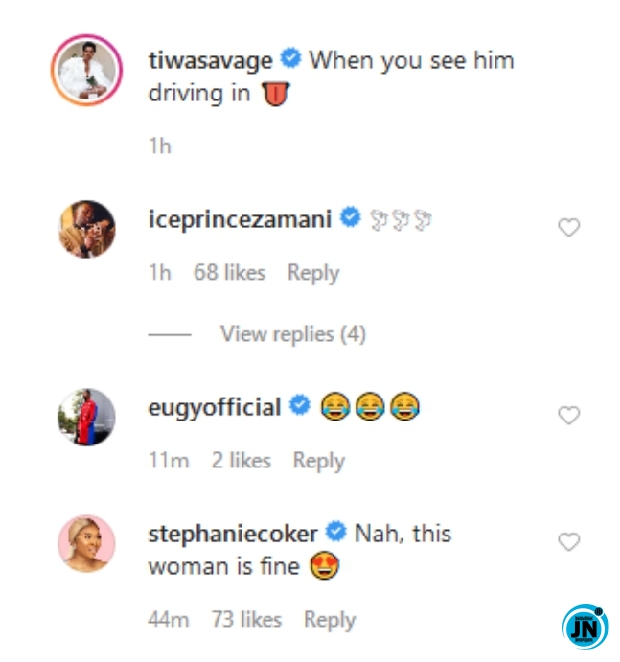