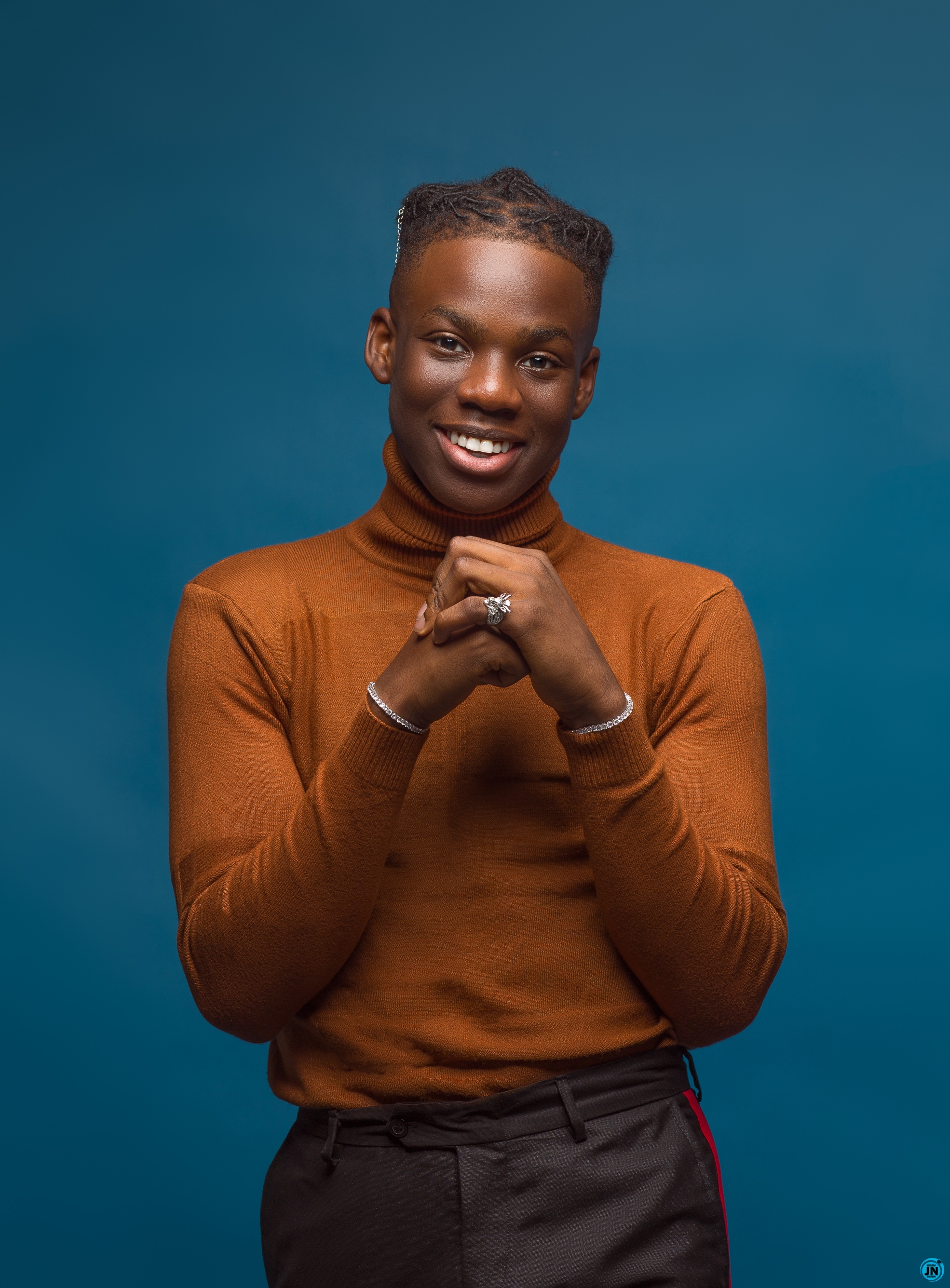 Mavin Record Wonder kid and next rated award winner, Rema, has again brought joy to the Mavin's family and the Nigerian music industry, as he got featured on a billboard in 'Time Square, New York' by music streaming platform, Spotify.

Images of the singer was seen hanging high as he was celebrated by the streaming giant for his hard work.

Rema however, took to his twitter page, to share the good news, as he also thanked Spotify.

“OMG I’M ABOUT TO CRY @SPOTIFY PUT ME ON A BILLBOARD ON TIMESQUARE NEW YORK, THANK YOU SO MUCH FAMILY!” 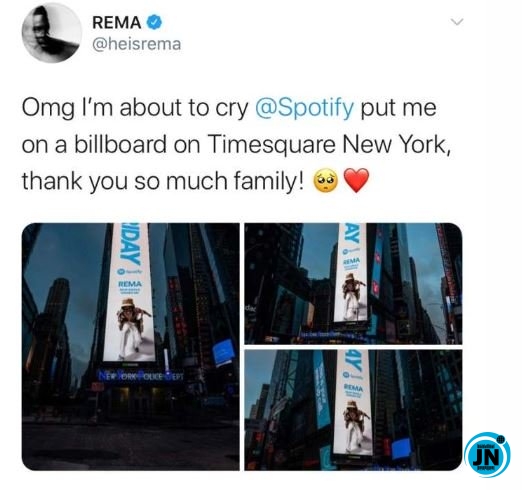 Small Doctor Arrested By Police For Attending Funke Akindele’s House Party
Checkout Photos Of 'Liya', First Ever Female Artiste To Be Signed By Davido's DMW (Photos)
Bobrisky Allegedly Called Out By A Skincare Company, For Breach Of N2 Million Naira Worth Contract
I carried Davido when he was a baby…his mum was my bestie – Kemi Olunloyo spills