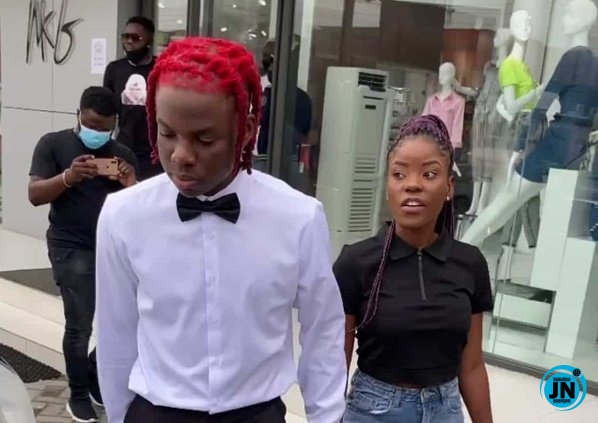 Telented Nigerian singer and songwriter, Divine Ikubor popularly known as Rema, has finally cleared the air on his relationship with the female fan which he took out on a romantic date.

The popular artiste disclosed this while reacting to a tweet by a fan who insisted that the lady is Rema’s girlfriend and he just made girl’s waste their time in posting stuffs for his online contest.

Reacting to this, Rema stated clearly that the girl in question, identified as Nimmie is not his girlfriend. He further begged everyone to relax and stop trolling him over his date with her.

Rema had earlier shared a video with the girl, where he kissed her on the cheek and sprayed money on her bum. 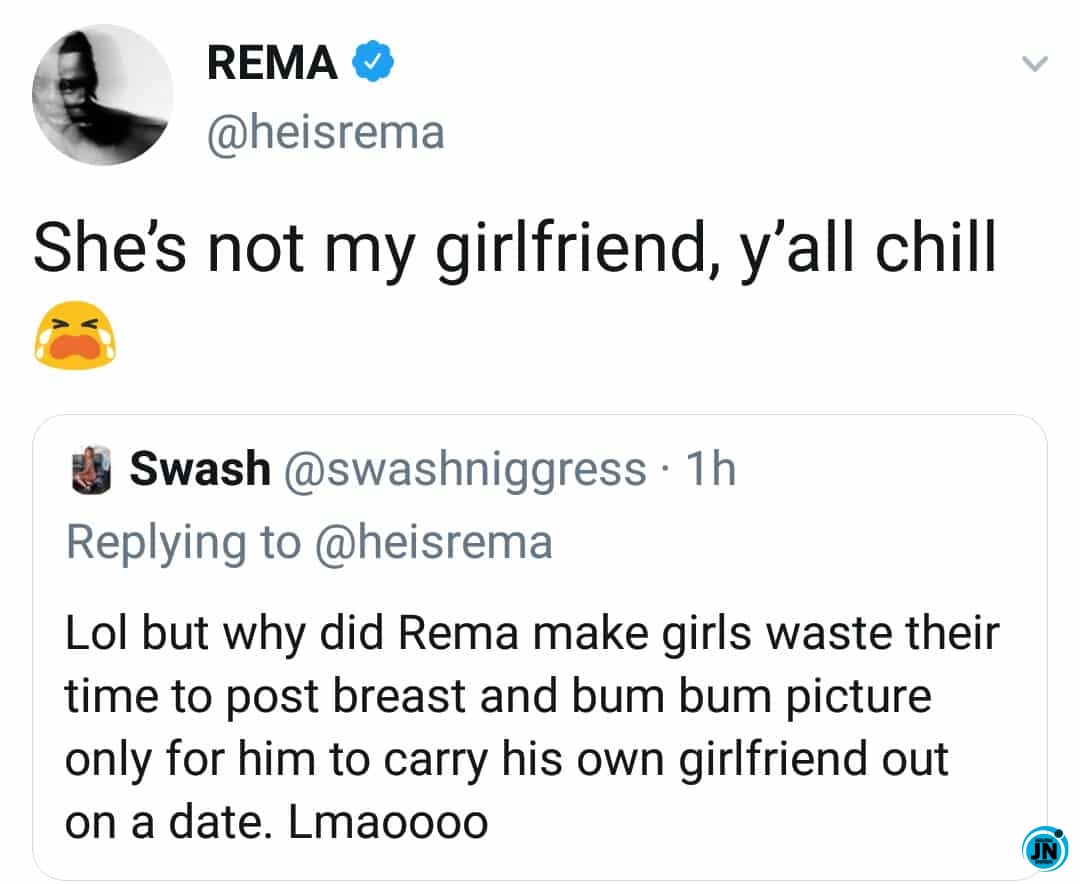 Rema and his lucky female fan share romantic time as he grabs her waist and plants kisses on her neck. . Rema also had a small party with the fan where he was spotted spraying money on her bum. . Follow @mediagist for more updates.

Lady breaks up with man over refusal to do ‘yahoo yahoo’
Eniola Badmus finally breaks silence amidst Funke Akindele’s prosecution
"I Am Not Married, It's A Musical Video" – Angela Okorie Finally Breaks Silence (Photo)
#BBNaija: Erica Finally Breaks The Silence, After Her Disqualification

‘Even at death, they let hatred rule over them’ Nigerians react as Rudeboy shuns Lola Okoye father’s Funeral