Nollywood star, Joke Jigan went to popular photo and video sharing social network, Instagram to show off her revealing outfit and a s*xy video of herself twerking. 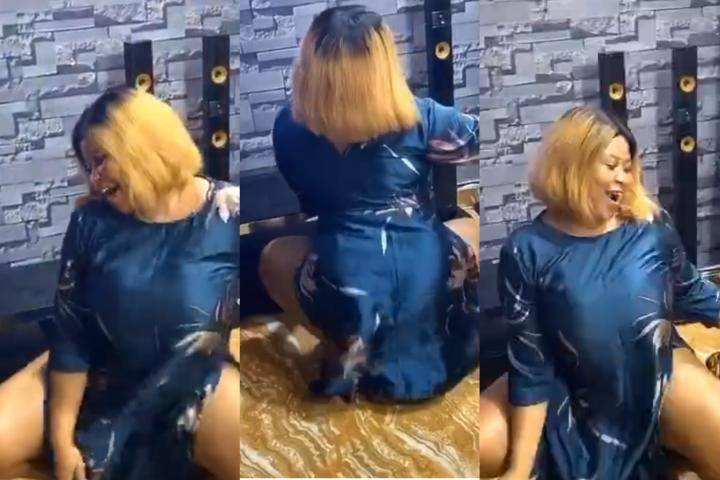 The bleaching specialist was seen doing her dance, bending low and twerking seriously in the video and ignoring her provocative dress altogether.

She was the happiest person on earth, when she filmed the video at the time, according to the mother of one.

In her caption, she said;

“The struggle is real… mood for the rest of this week!!!!! Am the happiest person on earth right now!!!!”

Definitely she wanted no offensive comments to get to her and that might have been the reason why she decided to disable the comments.

Joke Jigan is that Nollywood star that has been doing well for herself since she hit limelight.

Although she features mostly in Yoruba movies, she had been doing well.

Asides, from movies she also sells different products and she is married.

Fresh Charges: Leo says he’ll have grandchildren before Hushpuppi regains freedom
Why Davido And Chioma Have Been Living Separately For Awhile
'Joromi Was A Love Song For Adekunle Gold' – Simi Reveals
BBNaija 2020: ‘What A Man’ - Reactions Follow What Ozo Did For Nengi In Bed This Morning (Video)