“Oluwa cover me, they want to kill a superstar!” – Portable exclaims as he escapes death in brutal car crash [Video]
Posted by 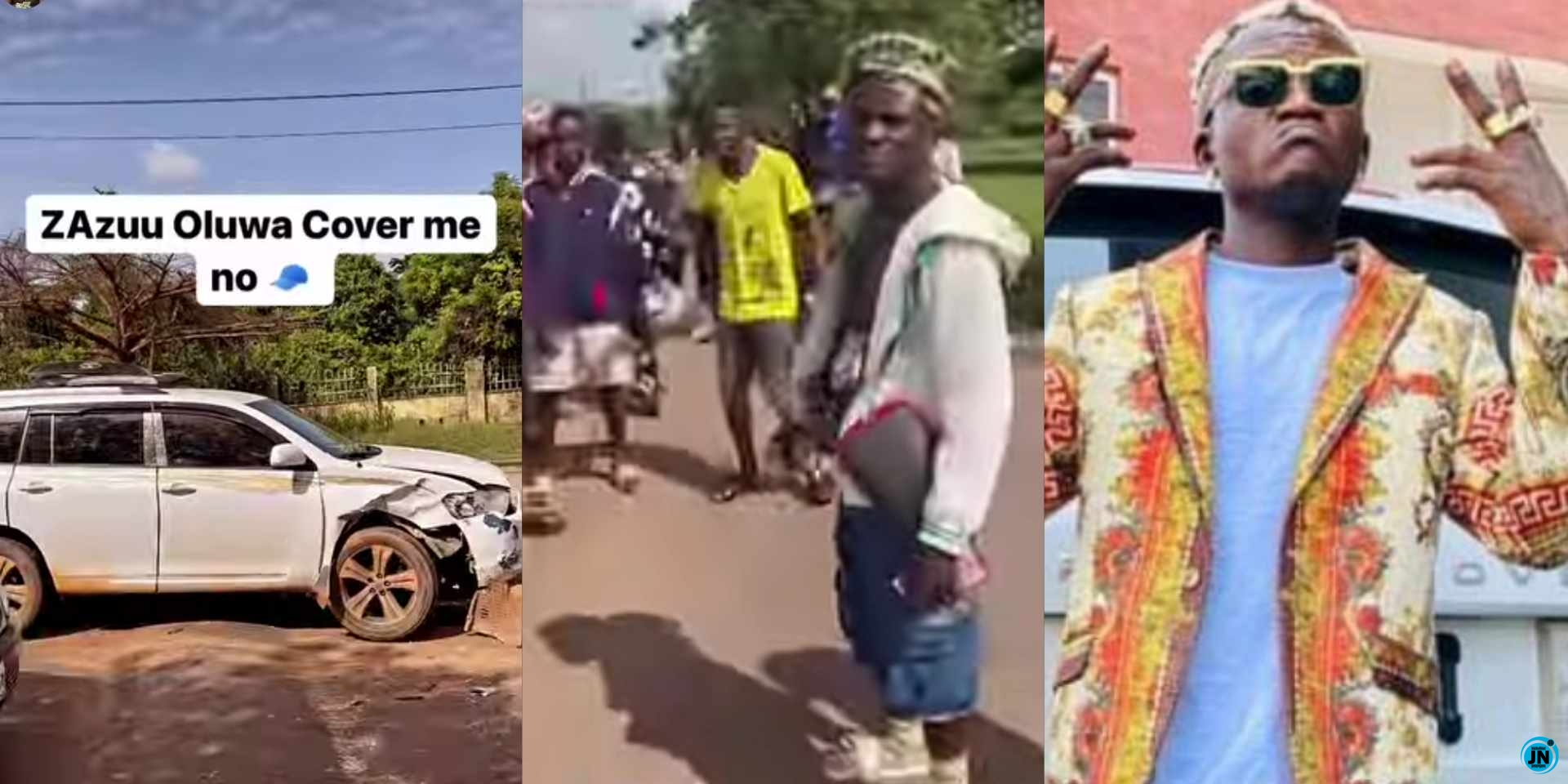 Fast rising singer, Portable has heaped praises on God for saving his life when his vehicle got involved in an auto crash earlier today.

Blaming the situation on his enemies and those he claimed want to kill him, the Zazoo crooner reacted in two separate videos saying: 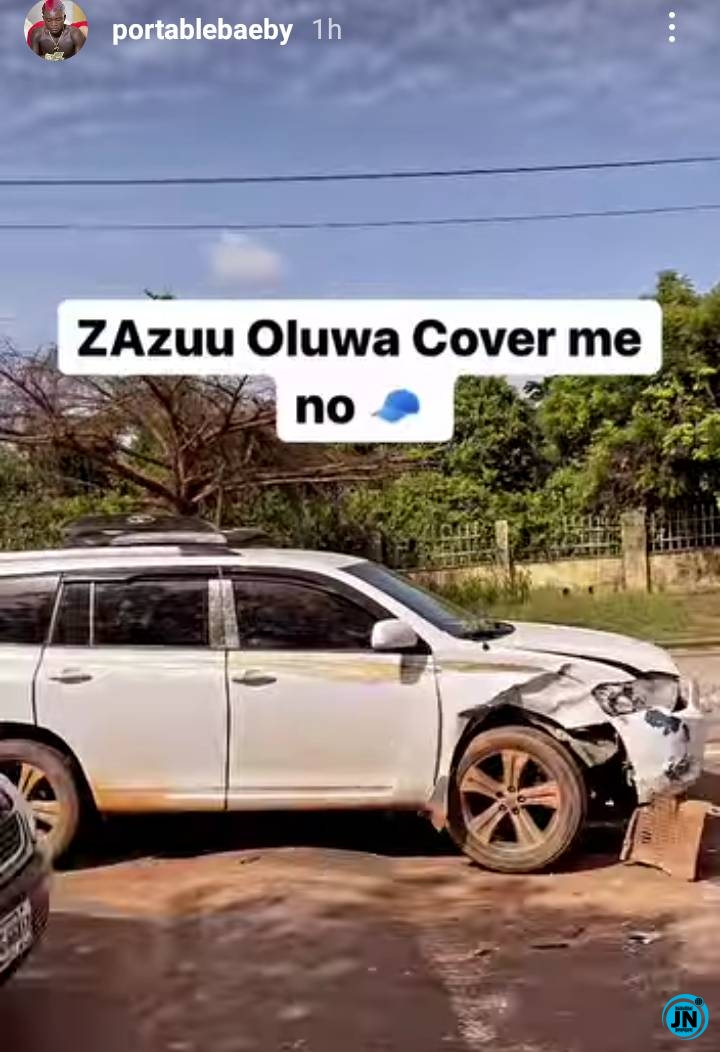 The singer shared the videos on his Instagram channel.

One of the videos showed his wrecked vehicle which he said got hit exactly where he was sitting.

Watch The Videos Below;


His fans, however, gathered immediately at the scene chanting his name as usual.

The singer who appeared unperturbed by the accident could be seen walking freely, leaving a clear message that he is okay and that there are no injuries as a result of the car crash.

“Oluwa cover me, they want to kill a superstar!” – Portable exclaims as he escapes death in brutal car crash [Video]