Former BBNaija housemate, Diane Russet has gotten th advice of a concerned fan, to stop exposing her cleavages, after the reality tv star shared a picture of herself, exposing half of her b**bs on Instagram.

According to the follower identified as @Dupetoba on Instagram, there is no beauty in exposing private parts of ones body, hence the reason why Diane should stop.

In her words, she wrote;

"This is not nice at all. They all are deceiving you ooo, no beauty in exposure of cleavages or thigh my Dear Diane” 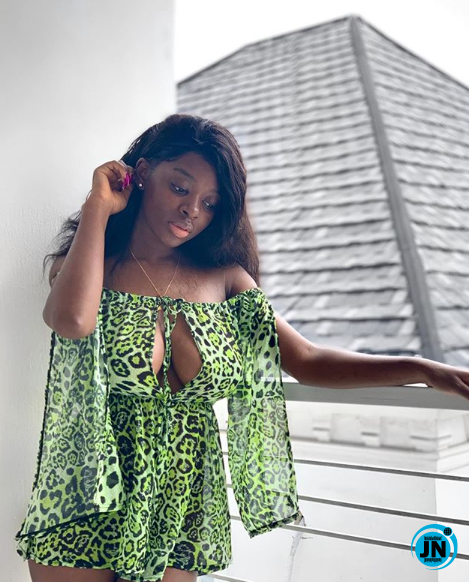 Recall that few months ago, the 24 year old sent her fans on social media into frenzy after she appeared at a movie premier in a cleavage-bearing outfit.

It appears to be the new trend for the reality star now, Lol.

No public University student will pay utility bills next academic year-Matthew Opoku Prempeh
“I Might Sleep And Not Wake Up” – Cubana Chief Priest
Nollywood mourns, as actress Orisabunmi, dies at 60
“No Bedroom Talks, No Sex In The Kitchen” – Gifty Powers To Musicians Whose Houses Are Filled With Many Boys