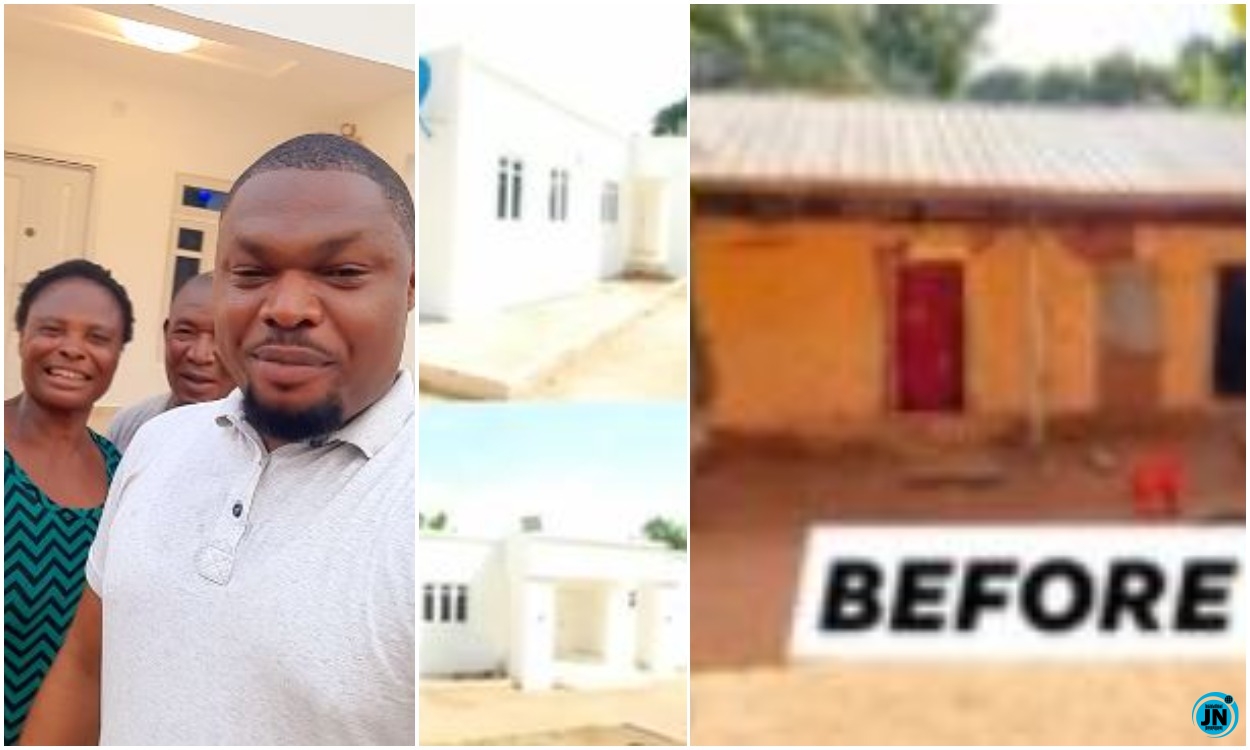 A prominent Nigerian activist, Gwamnishu Emefiena Harrison has built a new home for his parent as a reward for supporting and loving him during the times he was in prison.

The activist via social media shared a video of the new house he bought for his parent, according to him, the new home is a way of showing his parent appreciation for how they stayed and cared for him during his times at prison.

Sharing the video; he wrote;

”Thank you, mama and papa, for the Love. I don’t have my own house but yours is a priority. The time has come. It’s already close.” -He wrote

“She suffered & begged, yet was humiliated” – Harrison sheds more light on Ada Jesus’ death
Nigerian activist, Harrison rewards parents with a new home for their support when he was in prison