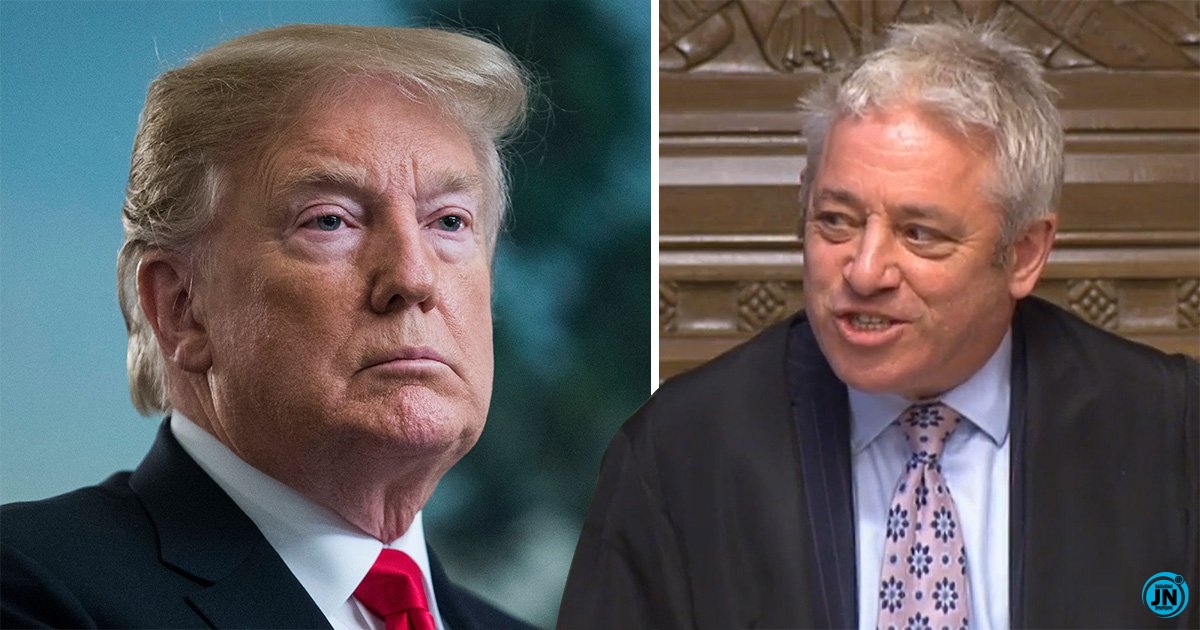 John Bercow, the Speaker of the House of Commons, has said it is “blindingly self-evident” that the new Conservative PM won’t probably suspend parliament to push through a no-bargain Brexit.

The Speaker said it would not be a choice after shock over the political range when the administration confident Dominic Raab proposed he may endeavor to take that way.

“That is essentially not going to occur. It is simply so blindingly clear that it nearly shouldn’t be expressed, however obviously, it does and along these lines I have done,” he told MPs.

Matt Hancock, another Tory administration contender, required every one of his opponents to discount the likelihood of consummation the parliamentary session to prevent MPs from casting a ballot on whether there ought to be a no-bargain Brexit.

He said it undermined parliamentary majority rules system and gambled a general race.

Rory Stewart, another contender, called the recommendation “unlawful” and “undemocratic”, including: “It wouldn’t work.”

Andrea Leadsom and Boris Johnson are likewise among the individuals who have said they would not seek after such an alternative so as to remove the UK from the EU without an arrangement on 31 October.

In the midst of proposals it could even be unlawful, Valerie Vaz, the shadow chief of the Commons, approached the legislature for clearness on whether prorogation to maintain a strategic distance from a choice from parliament would be permitted.

Accordingly, Mel Stride, the pioneer of the Commons, said prorogation was “at last in the endowment of the Queen”, including: “What I would state is, that I do figure Her Majesty ought to be kept out of the legislative issues of our parliament.

A few senior Tories took a stand in opposition to the thought, including Amber Rudd, the work and benefits secretary, who stated: “I believe it’s over the top to consider proroguing parliament. We are not Stuart lords