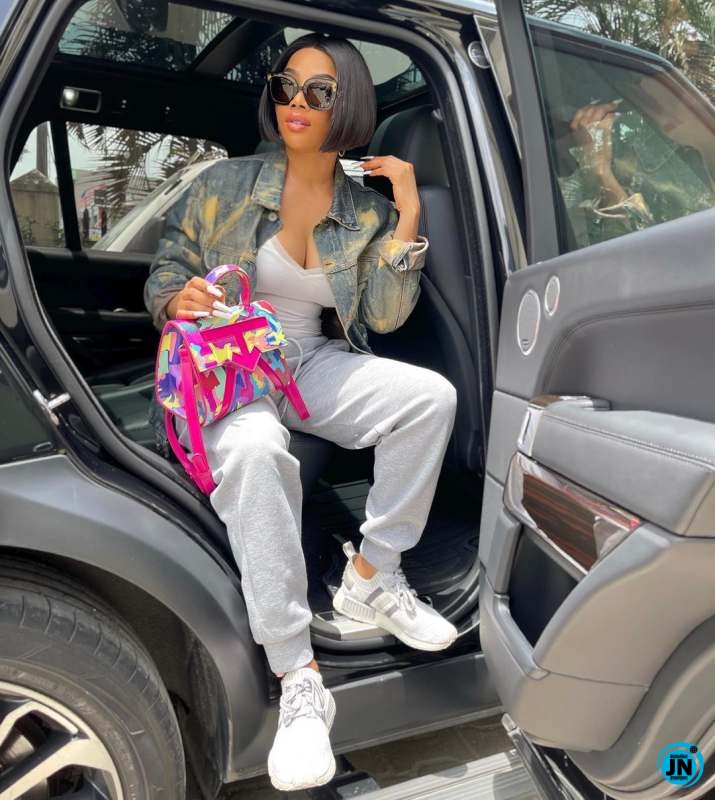 Popular OAP, Toke Makinwa argues that most parents from the previous generations were raised in a harsh and brutal way.

According to the divorcee, in a post via Twitter, the common trend of African parents finding it hard to tell their kids how much they love them is as a result of their upbringing that is terrible.

“So many parents couldn’t normalize saying “I love you” to their kids.
Even when told that they were loved, their response often times was “thank you”.

A lot of our parents were raised worse and thought those harsh conditions were lessons and they raised us only how they knew.” 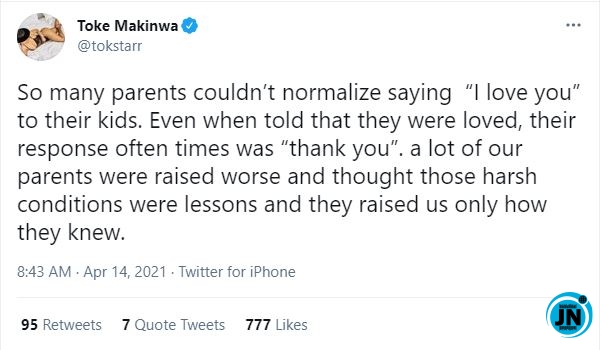 Use of speed limit devices by motorists still in force, says FRSC
“Tolanibaj was dating herself” – Reactions as Prince debunks dating rumor, says ‘nothing like PriBaj’ (Video)
Nigerians ‘Drag’ Vee After Saying She Likes Erica
BBNaija 2020: ‘Stop Lying’ - See Reactions As Lilo Says Eric Took Advantage Of Her In The House