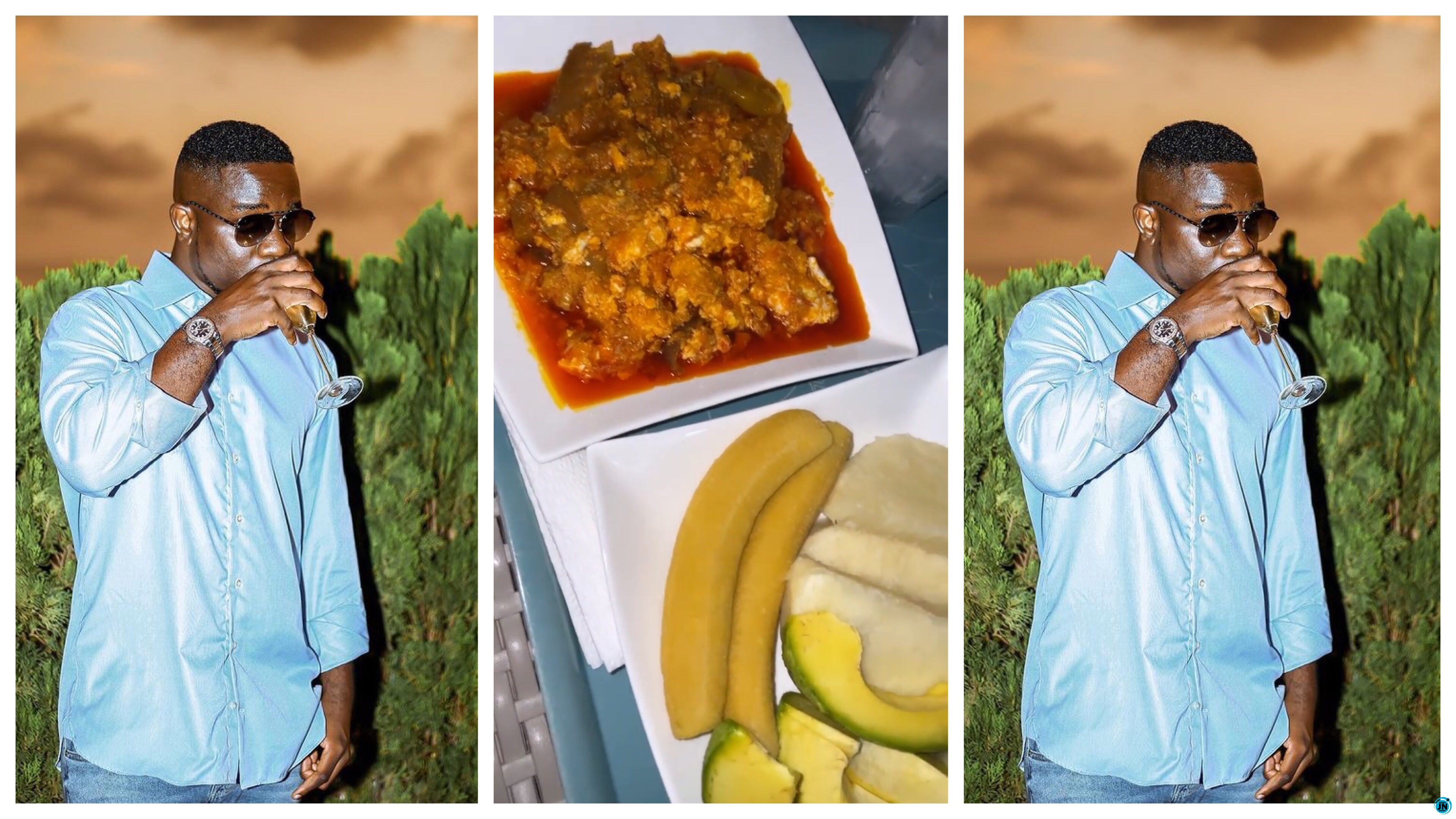 Award winning rapper Michael Owusu Addo widely known as Sarkodie has shared a picture of his plate of Home Made Plantain, Yam, Avocado and stew on his Instagram story.

The “Ofeetso” hitmaker who is not known for such displays showed a video of his food on his “story” on Instagram.

Section of social media users are commenting on the said video because Sarkodie’s fan base always seem to project the celebrated rapper as someone who wouldn’t uphold certain things on social media because he understands branding and deals with less controversies.