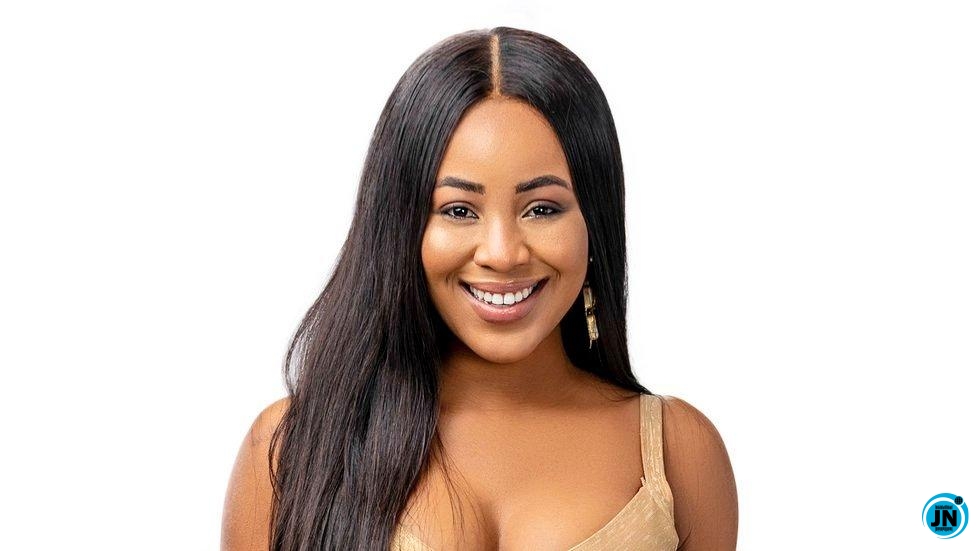 Former BBNaija housemate and actress, Erica in a recent post via social media slammed a troll who condemned her reality show.

Recall that Erica like BBNaija lockdown winner, Laycon had revealed plans some weeks back to commence her reality show titled, ‘Inside Life With Erica.’

Well, the show started on the 9th of June and it is airing air on Channel 322 on DSTV.

However, a Twitter user identified as @Tega while reacting to the show claimed that the show looked disorganised.

“Wached that Erica’s TV show on MTV base. Omo, it looked so disorganised”


Erica was however not ready to let it slide as she fired back at him saying she doesn’t hesitate to give back to the less privileged.

She went on to tell her fans to troll the Twitter user by giving him the engagement he so much craves for.

” Awww you know I love to give back the less privileged, let give him the engagement he so desperately craves,” 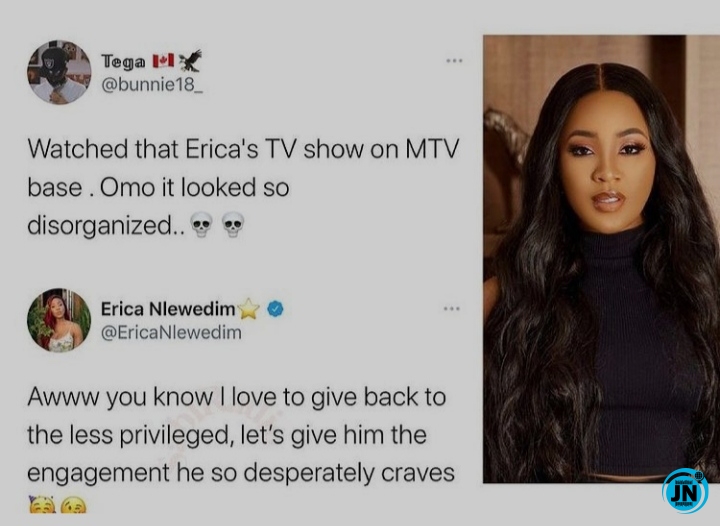 “I never said that, it’s fake” – Tonto Dikeh reacts after a fake Twitter page made it seem like she praised Erica.
Erica speaks following reports that Kiddwaya and Linek allegedly planned to play her dirty
Fans React As BBNaija Star, Erica Shares Picture Of Her Mother
#BBNaija: “You Don’t Reason, And You Are Too Controlling “ – Kiddwaya Blasts Erica (VIDEO)