Popular Nigerian music mogul, Don Jazzy has given a simple and stress free hilarious reply to an Instagram user who doubted his giveaway. 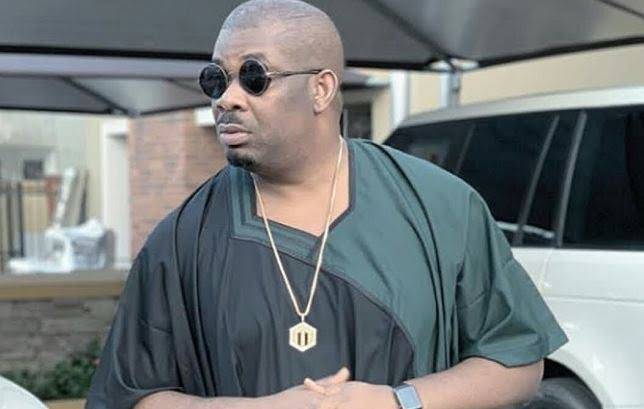 Don Jazzy had initially taken to Instagram to announce a new approach to how he wants to give out money worth 50 thousand Naira to winners of a challenge he wants to kick off but a lady doubted it and tagged it as ‘audio giveaway’.

Don Jazzy had initially posted that 5 people will have the chance to win 50 thousand each.

“Guys the #Knowyou challenge is entering another gear now on TikTok. 5 people will win 50k each. All you have to do is do a duet to the already trending #knowyou son with anybody. The more creative the better your chances. Winners will be picked on the 1st of May.”

Meanwhile, an Instagram user didn’t buy what Don Jazzy said in the caption of that post as she claimed it was ‘audio giveaway’

The Instagram user, a lady with handle @iam_maarie simply commented:

Well, unlike some celebrities and public figures Don Jazzy didn’t get into a social media fight with the commenter as he simply replied her with a stress free and hilarious manner. 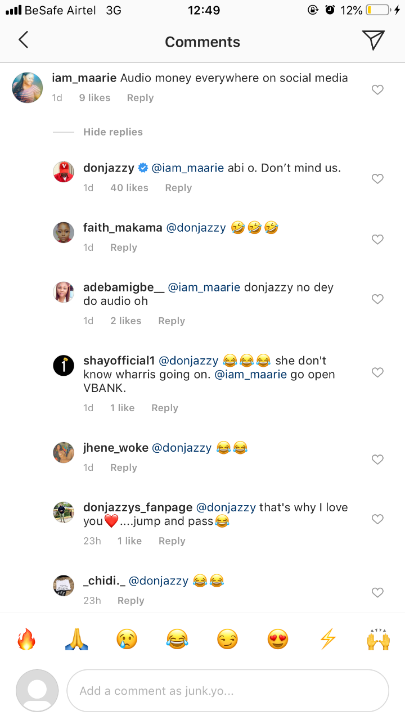 Meanwhile other Instagram users have replied the lady stating that Don Jazzy isn’t part of those who does fake giveaways on social media.

See other comments below: 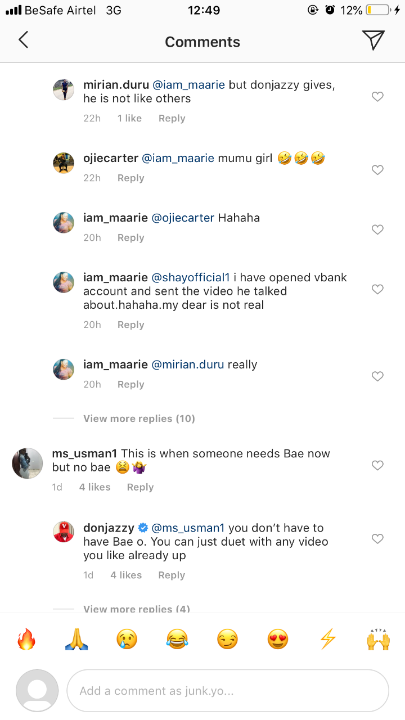 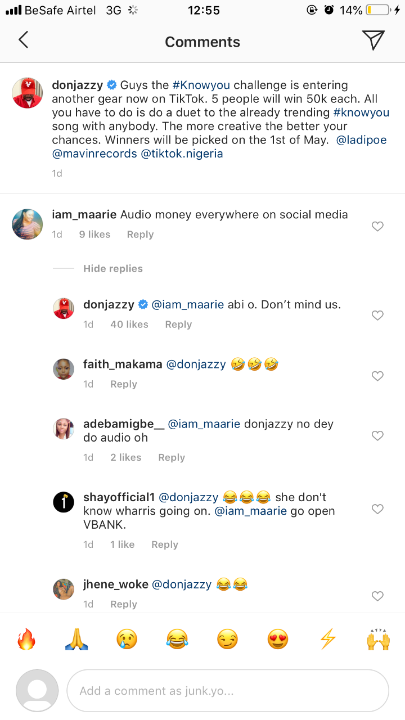 Don Jazzy reacts to reports that his long time crush, Rihanna is reportedly dating ASAP Rocky
See What Rihanna Did To Don Jazzy That Got Him All Joyous
Why I got married to my ex-wife at 20 and divorced her at 22 – DonJazzy spills secret (Photos/Details)
Don jazzy signs new female member to Mavin records