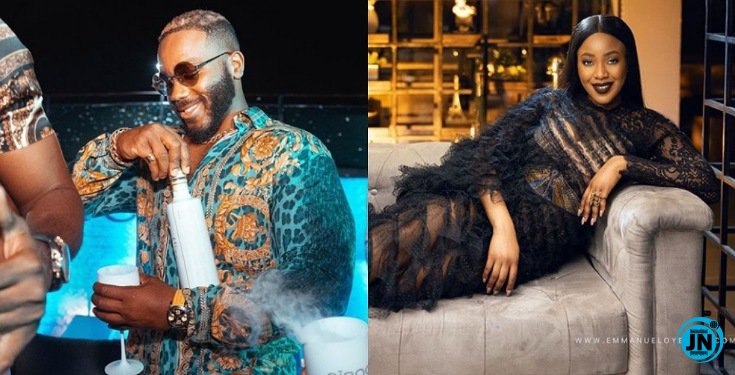 Billionaire’s son and BBNaija star, Kiddwaya [/b]has hinted that an engagement could be possibly on the way after his bestie, Erica [/b]said she misses him.

Kiddwaya gave the hint on popular micro blogging platform, Twitter while reacting to Erica’s tweet about missing her husband.

The Benue state native has been away from the shores of Nigeria for a while now, holidaying in faraway Arabian city of Dubai.

Erica had taken to Twitter to reveal that she has missed his absence. Although she used the pronoun “husband”, Kiddrica shippers already knew who she was was referring to.

Reacting to Erica’s tweet about missing him, Kiddwaya simpy replied by retweeting her post with a ring emoji attached to it.

See their exchange below…

Iyabo Ojo And Fans React To Faithia Balogun's Engagement
Mo Bimpe flaunts engagement ring amid report of upcoming wedding with Lateef Adedimeji (Video)
“From a simple dinner to an engagement night” – Lady excited as Davido’s aide, Isreal DMW proposes to her (Video)
“He’s being childish, he started the fight” – Cossy Ojiakor reacts after estranged fiance called off their engagement over domestic violence