Iyabo Ojo didn’t entirely snub Mercy Aigbe on her 43rd birthday, see what she did low-key
Posted by

Towards the end of last year, the rumored beef between top Nollywood actresses, Mercy Aigbe and Iyabo Ojo was beginning to gain ground and it continued this year.

On the 1st of January, Mercy Aigbe celebrated being a year older on earth as she clocked 43 but her ‘one-time’ bestie, Iyabo Ojo was nowhere to be found.

Iyabo Ojo did not make an Instagram post wishing her neither did she drop a comment on her Instagram birthday posts but if you could recall, Mercy Aigbe did the same thing when Iyabo celebrated her birthday in December 2020.

Definitely, a lot would have thought its payback and a quick check on Instagram shows the two actresses are not following each other on the social network.

However, there is a twist. Iyabo Ojo did not entirely snub her as her comment was seen on her daughter’s post celebrating Mercy Aigbe. 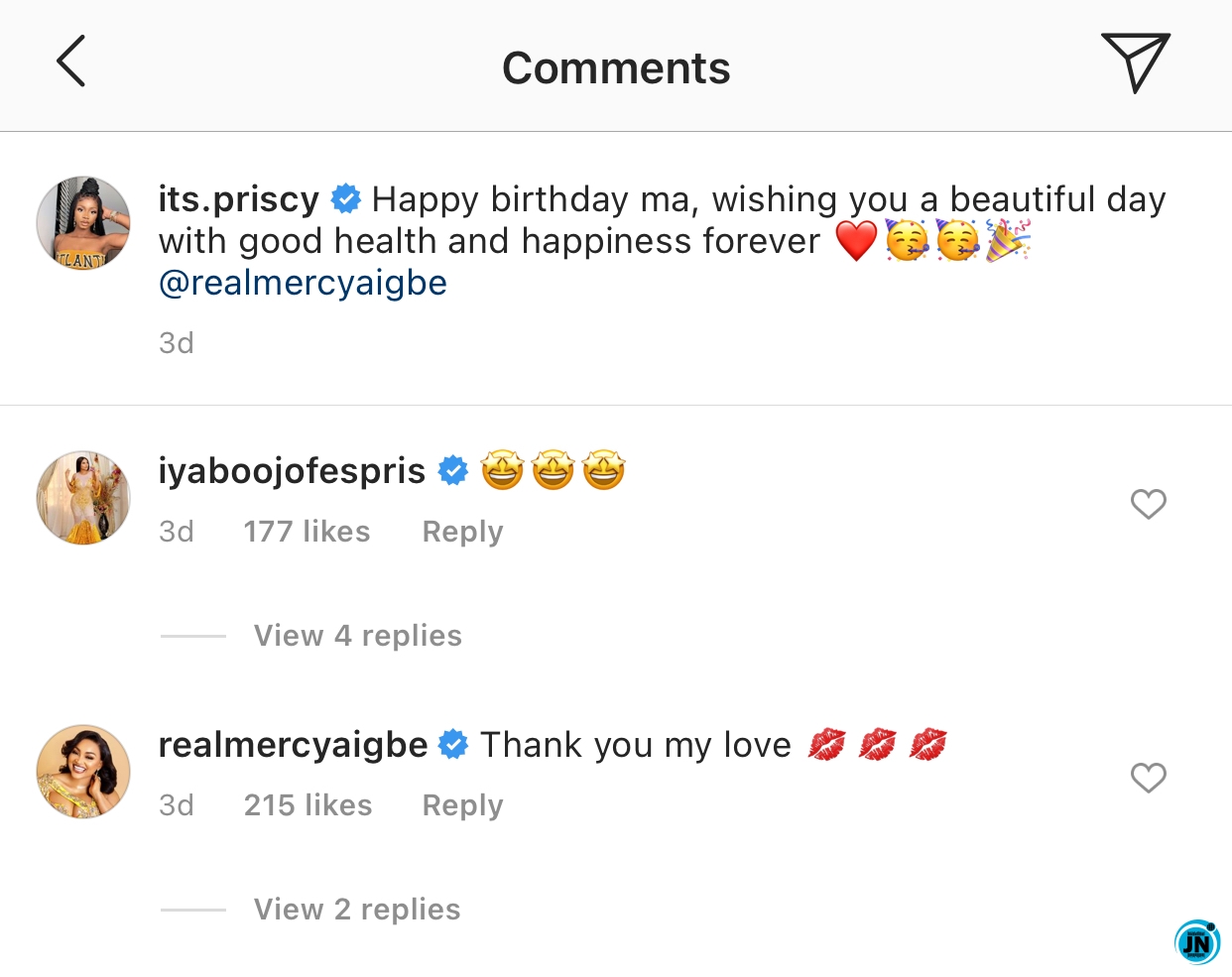