“Instead of giving it to an ungrateful soul, I rather give to the needy” – Nkechi Blessing reacts after being called over N100k debt
Posted by 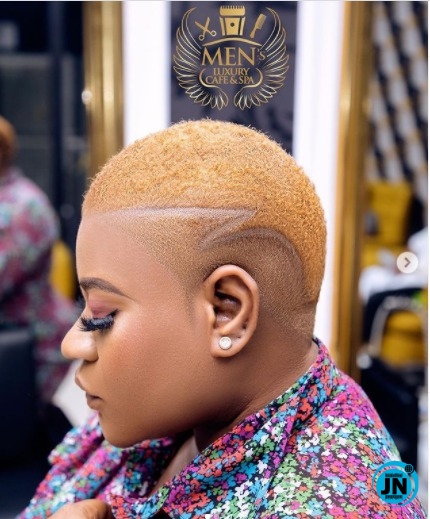 Actress Nkechi Blessing has reacted and has also addressed the hair vendor as an “ungrateful soul” after she was being called out for being indebted to a supposed hair vendor for the sum of N100k.

It was earlier reported that a gossip blogger, Gistlovers, called out the actress over the sum of N100k owed to a hair vendor after not keeping to her bargain of the business deal.

Reacting to this story, Nkechi Blessing has decided to do a giveaway of N100k to small business owners.

According to her, she rather gives out the money to those that need it rather than to an ungrateful soul.

“Even if this is the last money in my account, instead of giving it to an ungrateful soul who I posted her business twice for free on my page, I rather give it to those that needs it..ya all can’t change who I am NEVER… Right now Owo ti ku wazo but it’s fine… I don’t remember telling anyone I was a billionaire, I simply cut my coat according to my Sokoto…however you see me is your own cup of tea, Dts why nothing in this life ever moves me..instead I use to to my own benefit… Thank you all for coming una fit resume the dragging**Kilo kan Iru awa yi”

Sharing a screenshot of two small businesses she helped with the sum of N50k each to boost their business as promised. 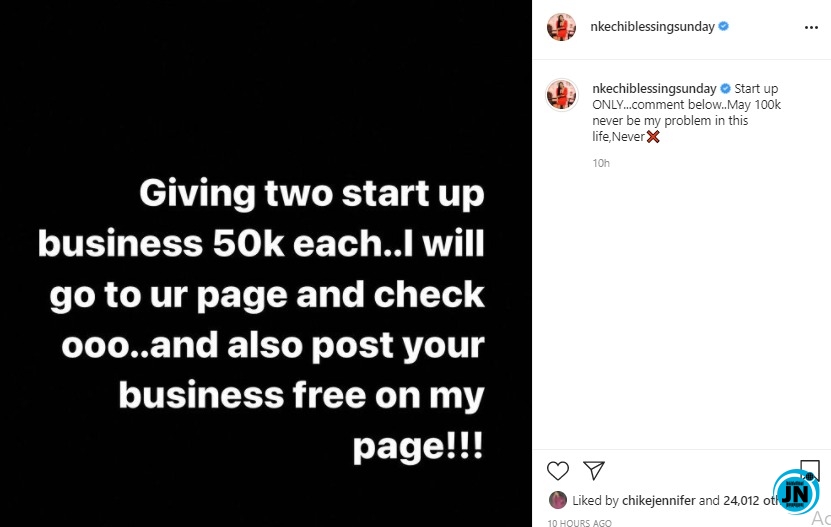 Mayegun Olaoye’s younger brother, makes shocking revelation about Tope Alabi and first husband
After She Was Trolled Over Her Photo Yesterday, See The New Photo Erica Shared
“In-laws Stop harr*ssing the wives. Stop fighting for property that you didn’t work for” -Laura Ikeji writes
“He wouldn’t have died if he did the same for Davido” – Netizens tackle Wizkid over congratulatory message to African Grammy winners