“I tell una say I be mechanic before I meet my babe?” – Nkechi Blessing’s lover blows hot over claims his girlfriend is feeding him
Posted by 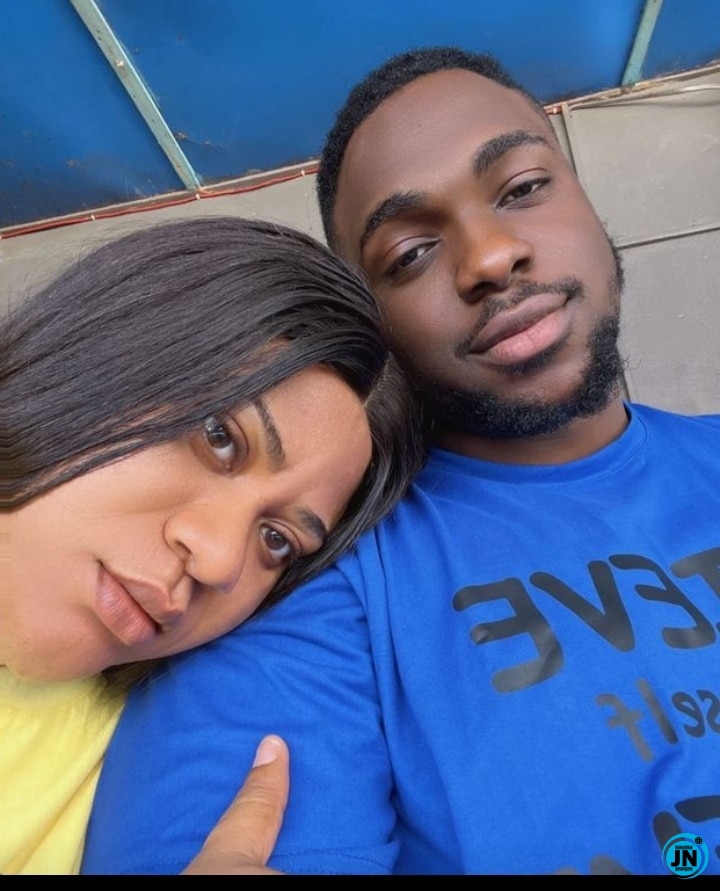 Xxssive, the young lover of popular Nollywood diva Nkechi Blessing, has fumed as netizens insinuate his girlfriend is feeding him after he claimed he spends N50 thousand daily on food.

The socialite took to social media to lament over the amount he blows everyday on food.

He said that he spends between 40 to 50 thousand naira daily on feeding, and wondered if he were the only one spending such outrageous amount.

One netizen had derided him by saying that he’s lying and that it’s his celebrity girlfriend that is feeding him.

He queried his detractors on whether they think he was a poor man before meeting his girlfriend. 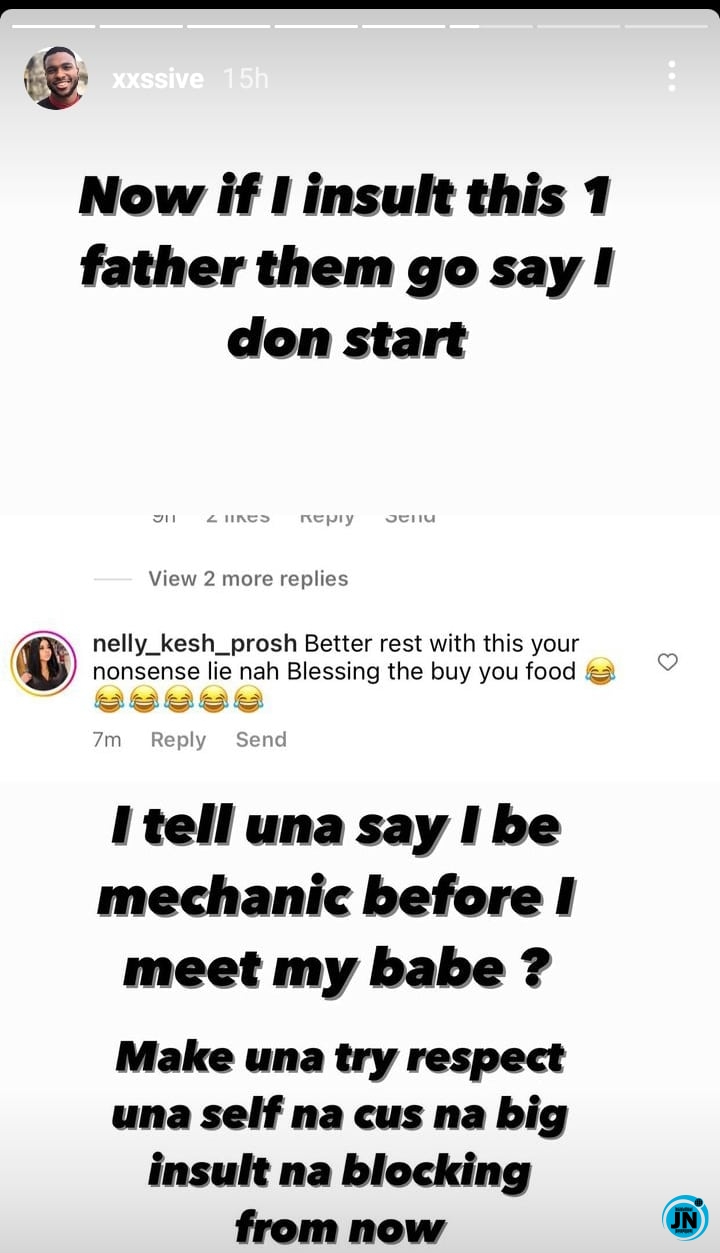