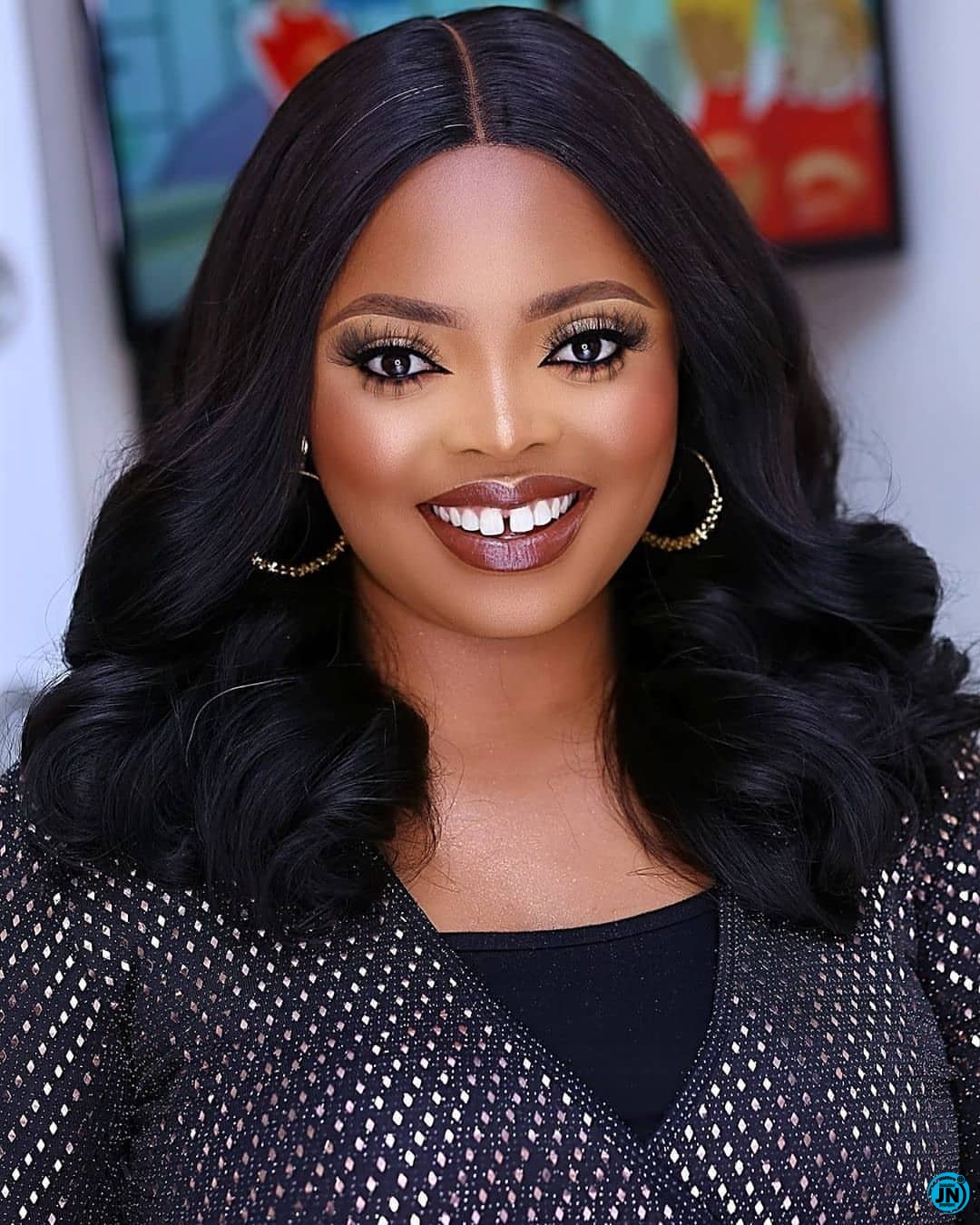 Toyo Baby became a sensation in the movie industry after featuring in Jenifa’s Diary but she has not been making an appearance in movies for the past few months.

Speaking in a recent interview, the beautiful screen diva stated that she put an end to her acting career because of kissing scenes.

According to Toyo Baby, during auditions, she’s always asked to kiss as well as in a movie but she has vowed to kiss only her husband.

See video of the actress speaking below:

Lagos Mobile Court arraigns 160 traffic offenders, forfeits 31 vehicles
Tonto Dikeh’s husband, Prince Kpokogri finally takes delivery of the birthday truck she gave to him (Video)
#BBNaija: Maria blames alcohol as the reason why she ordered Pere to take off his mic
Shocking: I sacked My Chef for Can of Milo - Banky W