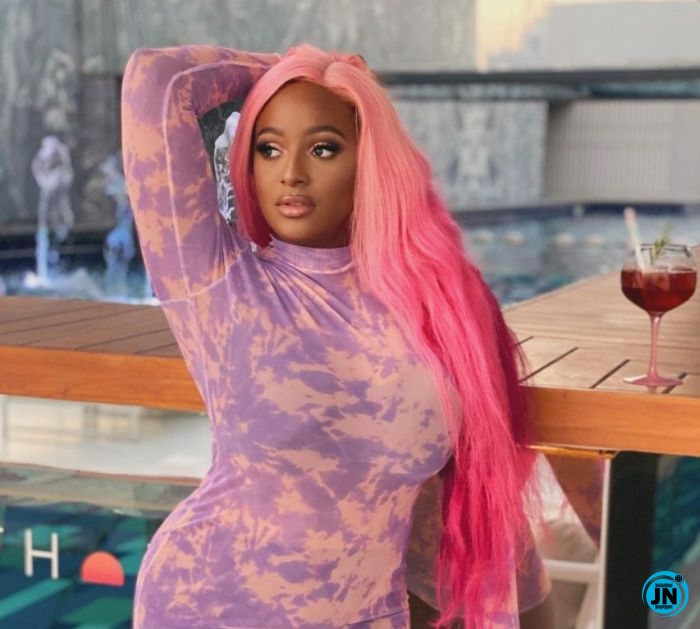 Join our Telegram Channel for Updates
Florence Otedola aka DJ Cuppy, a famous Nigerian Disc Jockey, has indicated that she does not regret leaving her former club Arsenal for Manchester United after Tuesday night after the Red Devils thrashed Southampton 9-0.


According to a recent post she made on her official Twitter handle, she believes she made the right decision dumping Arsenal football club and becoming a United fan.

United equaled its own Premier League record by putting nine goals past Southampton which was down one man.

Wan-Bissaka opened the scoring while Rashford and Cavani also found the net on either side of a Jan Bednarek's own goal before the halftime break.

Anthony Martial ended an eight-match goal drought before Scott McTominay drove home from the edge of the area.

Reacting to the Solskjaer-led team’s victory over Saints, Cuppy shared a gif of her dancing while asking fans if they agree that her decision to stop supporting Arsenal was a good one.

“It’s ignorant how we expect poor people to live a righteous life in this country” – Actress Ifemeludike
Kpokpogri allegedly drags Tonto Dikeh and DSS to court over threat to fundamental rights, demands N10 billion compensation
#BBNaija: Ex Housemate Brighto, Picks Wathoni Over Dorathy
‘Right before my teary eyes, I saw many reasons to be grateful’ Lateef Adedimeji gets emotional after a visit to the school of blind