Wizkid ‘Made In Lagos,’ album has continued to spread like wildfire around the world, as another popular American artist has named a song off it as his favourite song right now. 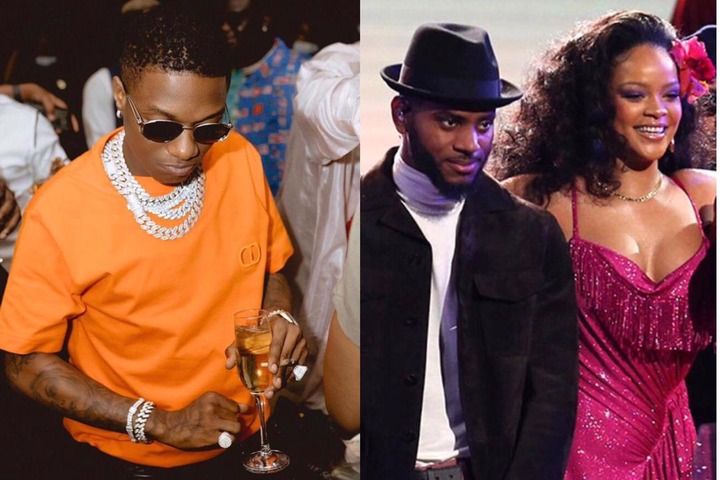 Bryson Tiller, a 28-year-old hitmaker in the United States was asked by a fan which song is his favourite right now and he simply replied, ‘True Love by Wizkid.’ 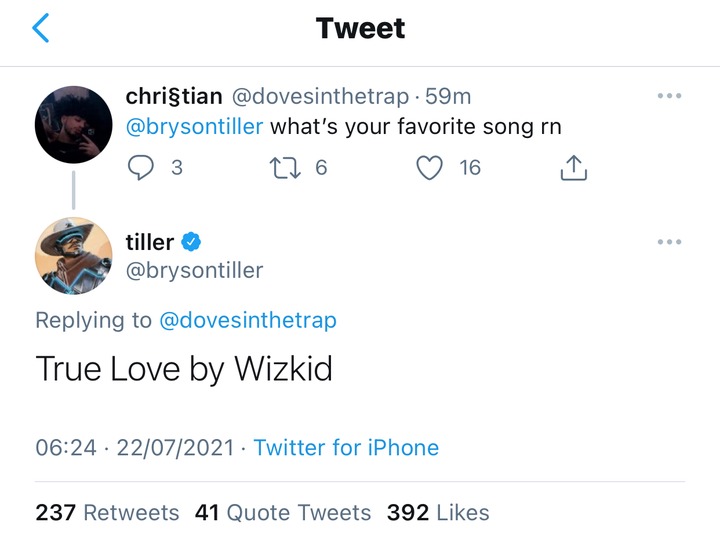 This has gotten Wizkid fans known as Wizkid FC on Twitter gassed up as they stated they now have another bragging right.

Well, Bryson Tiller joins a long list of top celebrities worldwide given props to Wizkid for his album.

Other celebrities like Snoop Dogg, Saweetie, 6lack, Dej Loaf, Kylie Jenner and more have been seen vibing to songs from Wizkid’s album.

‘Made In Lagos’ which happens to be the 4th studio album of the Grammy-winning artist has continued to break and set records around the world as it is now buzzing very well in the world’s biggest music market I.e The states of America.