“I Learned To Love Myself More”—Abena Korkor Declares
Posted by

Former the University of Cape Coast “Bad” girl Abena Korkor says she has learned to love herself more.

The curvy good looking lady whose bedroom video went viral on social media around 2015 has since been living a cool life devoid of many controversies. The former SRC aspirant of the University of Cape Coast after her infamous video has since been advocating for mental health issues and general fitness with her yoga moves mostly on her social media handles. 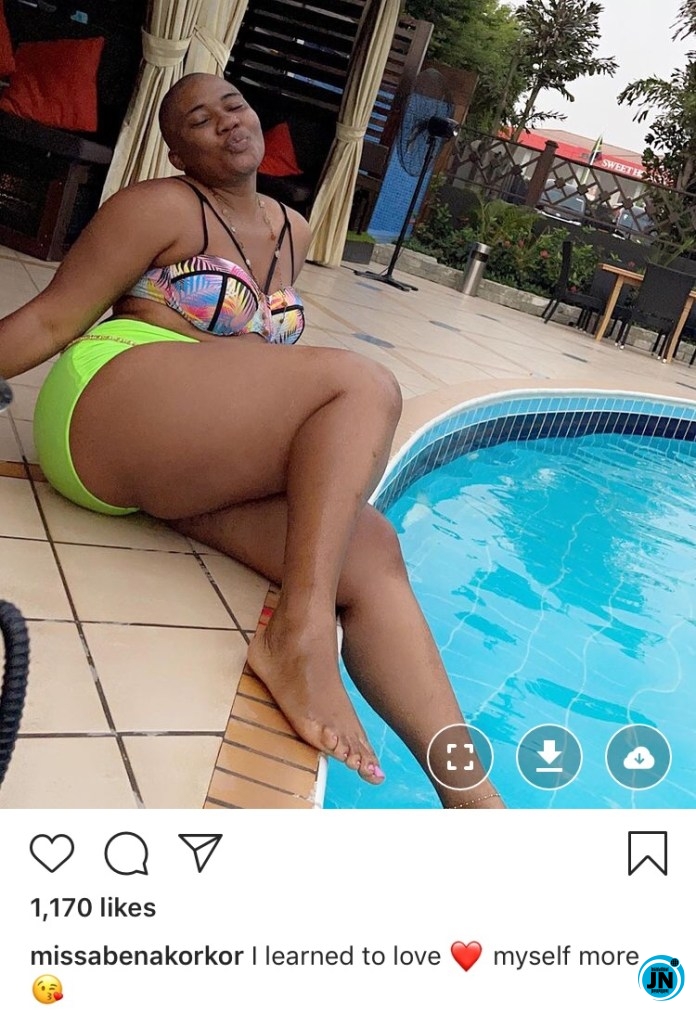 “You haven’t learned yet, Keep your relationship away from social media” – Shade Ladipo tells Tonto Dikeh
“I Learned To Love Myself More”—Abena Korkor Declares