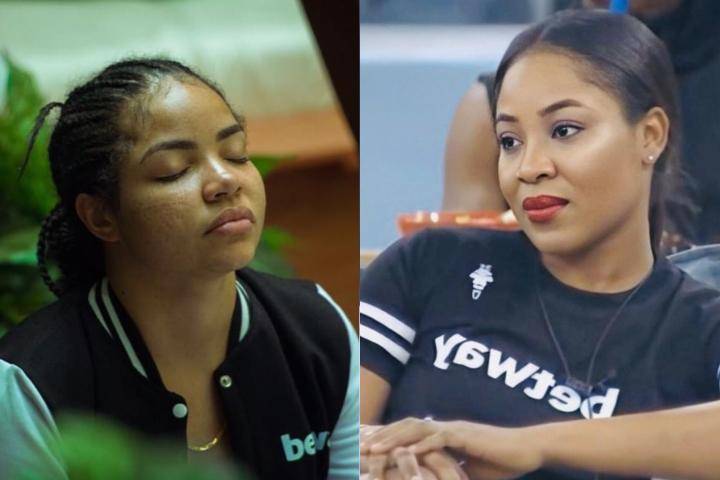 Yesterday night, Erica opened up her mind and what has happened previously between herself and Nengi and she then stated that she would distance herself from the other housemate.

Erica however did not just say that, she had her own reasons for making that statement.

Erica noted that she and Nengi had known each other before the show happened and she is surprised with the way Nengi has been keeping distance away from her in the house.

Erica revealed Nengi sent a DM to her on Instagram before they got into the show.

Erica however recalled the day she went to meet Nengi and spoke to her about how she really craves for both of them to be cool in the house and at the same time have each other’s back which, she (Nengi) accepted to that day.

Well, Erica now states that she has seen no changes since the day.

She felt she was in one sided friendship and for that reason she would be keeping he distance from her. 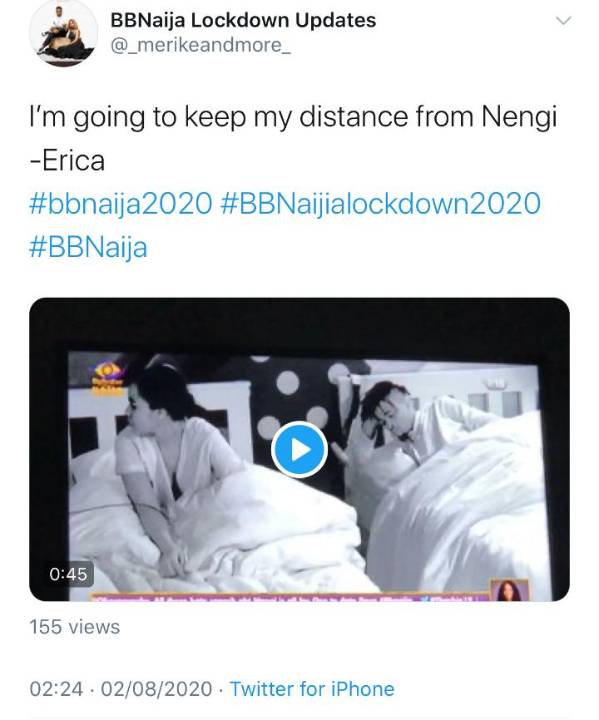